This story was posted 9 months ago
in Arts/Culture/Entertainment, Environment, OPINION/COMMENTARY
5 min. read 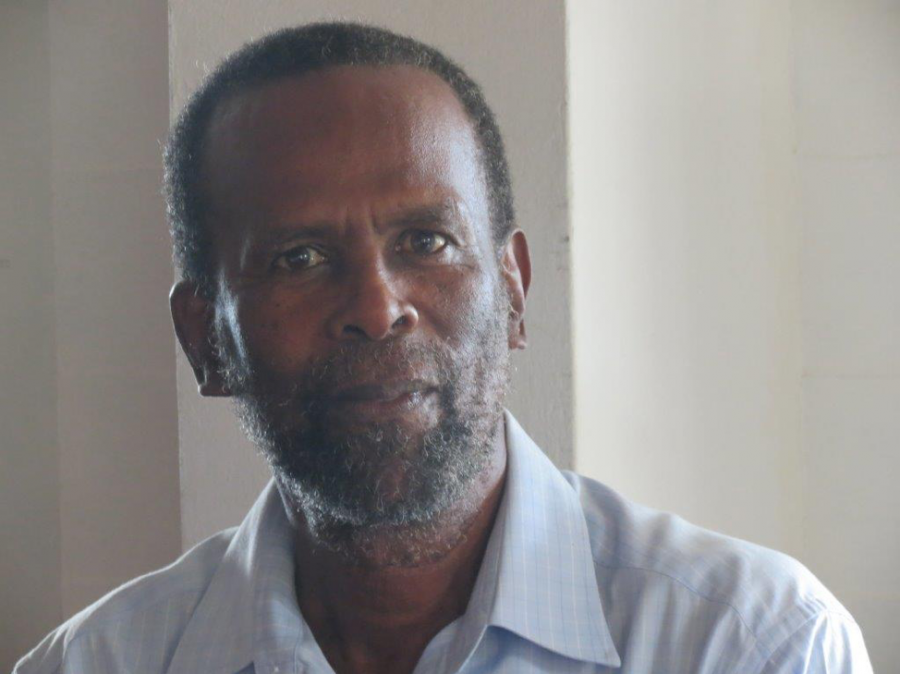 As we approach the celebration of yet another anniversary of Grenada’s Independence, here is a little exercise which readers may want to engage with friends, family or even strangers in the street. Don’t forget the younger ones, will you?

Here are a few for starters: Caribs and Arawaks (we don’t call them that anymore): Do you know the new name for them? Slavery, Fedon and The Revolution.

The purpose of this piece is to draw attention to the devastation that is taking place in Sauteurs Bay as a result of the construction of the breakwater. The disappearance of a vital piece of our history and a woeful lack of adequate and appropriate laws to protect and preserve our heritage.

In this piece, the term Heritage is used in its simplest interpretation and could easily be interchanged with History. Otherwise, in its true meaning, Heritage is very broad, diverse and all-encompassing. This simple approach allows us to tell the story about who we are and the road we have travelled and it allows future generations to make better use of their past and enables them to plot their own future.

Recently my attention was drawn to the existence of human remains lying in the surf as a result of the erosion of the beach in the bay. Experience tells me that in situations like this, the first thing to do is to report the matter to the authorities, in this case, the police. Picture the scene: The look on the face of the officers told me that they were as confused as much as I was. The next best thing was to go and see for myself.

I went and found various pieces of skeletal parts lying about on the beach. I also learned that this was not the first time, it was a regular occurrence during heavy seas. I learned from local residents that the police were aware of this and on more than one occasion had to intervene to prevent “VISITORS” from tampering with the remains. They also said that since the construction of the breakwater, more than approximately 20 metres of land have been lost to the sea.

These bones are strongly believed to be from the burial ground of the victims of the Cholera Epidemic of 1854.

To my eternal embarrassment, I knew nothing about the 1854 Cholera Epidemic which occurred in Grenada and much of the other English speaking islands, until I read [George] Brizan’s “Island of Conflict” in the mid-80s and later, [Beverley] Steele’s book “Grenada, A History of its Peoples” and later still seeing the plaque in the Sauteurs Anglican Churchyard erected by the then La Source Resort Hotel in 1991.

Sixteen years after the abolition of Slavery in the British West Indies, the islands experienced a major outbreak of epidemic proportions of cholera. In Grenada, almost about 4,000 people out of a population of just over 30,000 died. In St Patrick, it is reported that 25% of the population perished. There were so many dead bodies that they were buried in a mass grave. When I first saw the plaque in the Anglican Churchyard I simply assumed that the victims were buried there. I was wrong.

Now I do know where they were buried. They were buried in a mass grave on the banks of the “Mahoe River” or the lagoon west of the town not far from the sports ground in Feur pasture.

In many other countries, this ground may very well have been designated as SACRED GROUND. In the secular world, it most certainly would be designated a NATIONAL MONUMENT WITH LEGAL PROTECTION.

An effective Heritage Management Policy requires a balanced approach of flexible, clearly understood regulatory measures which take into account the cultural and historical significance of Heritage.

Definitions of Heritage are many and plentiful. They all agree however, that Heritage is something that we have inherited from the past and is valued enough today to leave for future generations. Heritage is present in many forms – both tangible and intangible. These include landscapes, landmarks, buildings, objects, language, customs and cemeteries. In order to hand these things on to future generations, they must be preserved and protected. We can only do that effectively when we have the appropriate legislation to back us up. This legislation must be balanced and it must be flexible.

Currently, there is no single government department responsible for Heritage. As a result, it is possible for the most valued artefact to leave the country without the authorities being aware of it, or worst, being able to prevent it.

Stories abound – (some factual others anecdotal) of “VISITORS” trawling the country for items of interest to purchase. As recently as at the last dig at La Poterie, it was strongly rumoured (and I believe it) that a worker employed on the site assisting with the dig was touting newly discovered artefacts at a nearby popular beach.

In my view, in the region, there are laws which are good examples that go a long way towards achieving the twin objectives of protecting our heritage and the rights of individuals who own the items designated as National Treasure and should remain in our country forever. The Heritage Acts of both Jamaica and Trinidad and Tobago come to mind. The Grenada National Museum Bill of 2017 makes an attempt to rectify the situation but is still too limited in its scope.

There is yet another consideration in the management of our heritage. Laws alone will never do the job. We need a change in the attitude of our people. Education! No, not schools again. They have enough on their plate already. But yes, they also have a part to play.

My training tells me that one of the roles of the communication organs is to educate. They have as much a role in educating our people regarding heritage as do schools.

After all, Heritage “is everybody’s business.”