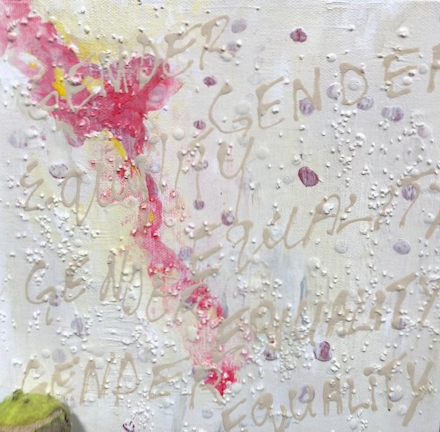 This story was posted 2 years ago
in Arts/Culture/Entertainment, Feature
6 min. read

Break a vase, and the love that reassembles the fragments is stronger than that love which took its symmetry for granted when it was whole.
– Derek Walcott, Nobel lecture 1992.

Oliver Benoit’s upcoming art exhibition and installation, Fragments of the Grenada Revolution – Reconstructing the Past for the Future, from 12–31 March at the Art House 473, Calliste, Grenada, is a bold and timely manifestation of his own theory that “Art… enacts meaningful experience of the past in the present.”

We can view the show as a continuation and development of Benoit’s broader concerns with nationalism, national identity and heritage in Grenada, but also more specifically as an interactive experiment in interrogating memory/ies and amnesia, individual and collective of the Grenada Revolution 1979–83.

As an academic and sociologist Benoit posits that “It is the collective memory of the past that maintains social cohesion” and that “History… is the process providing the cultural memory for society to continue functioning.” But Benoit is also a visual artist using his abstract art as a methodology “to deepen our awareness of heritage” along with interpretivist and social constructionist perspectives to determine “what is considered culturally significant in the present environment.”

For Benoit and other figures like writers Merle Collins and Jacob Ross, the Revo was a defining rite of passage. When the Revo imploded, Benoit’s youthful optimism for a social order which addressed poverty and inequality, may well have been dampened. However, “the void in memory of those born after 1983” and the fact that “so many people today appear to have little or no memories of the most significant political development that occurred in the English-speaking Caribbean” or what Fidel Castro termed “a big revolution in a small country” has galvanised Benoit into mounting what constitutes a revolutionary mix media show. While some aspects of this particular amnesia are examined in Shalini Puri’s 2014 book The Grenada Revolution in the Caribbean Present – Operation Urgent Memory, Benoit combines academe with interactive visual art and recordings of 30 fellow Grenadians who also lived the Revo.

Mixing high and low culture, giving voice to the previously voiceless because “To forget a significant cultural event that changed the Grenadian landscape is tantamount to denying one’s identity” Benoit emerges as a worthy descendant of Gramsci’s organic intellectual (‘the mode of… the new intellectual can no longer consist in eloquence … but in active participation in practical life, as constructor, organiser, “permanent persuader” and not just a simple orator’). Conceptually and especially from a Cultural Studies perspective, Fragments crosses many discipline boundaries – art, oral and written socio-cultural, economic and political history, cognitive science, aesthetics, acoustics. In so doing it reinvigorates discourses on memory and forgetting, the past, present and future, colonialism, post and neocolonialism, indigenous and material cultures, local and global power relations and identity construction, because as Benoit recognises, “Many of the problems of people everywhere in the world are linked to a struggle for identity and dignity.”

Planning the show he admits, “I am trying to do something I haven’t done before.” He wanted something more inclusive and interactive than just an art exhibition so he began with “What people were saying.” Fragments became part of his academic teaching practice, involving students in interviewing 30 Grenadians about their memories of the Revolution, thus exposing the students to research processes and giving them firsthand experience of the role of art in memory. Excerpts from the interviews provided the audio installation; these are the fragments, which will be played simultaneously, to provide the basis for a dialogue with the audience “to put back together” with the intention of “reconstructing the past for the future.”

Visitors to Fragments will be greeted by the auditory confusion of 30 voices speaking simultaneously. “When you walk in and hear all these different voices you’ll try to make sense of it…you’ll have to try to put it together, especially those who have no memory of the revolution.” If that sounds daunting, Benoit points out “the exhibition allows you to reconstruct the revolution in your own image. You create what you want, you’re empowered.”

This ‘In your ears’ approach offers the experience of editing/reconstructing the past along with insights into who documents history, how and why. The massacre of 1.5 million Armenians by the Ottoman Empire in 1915 is as unrecognised in Turkish history as the current genocide of the Rohingya minority is by the Myanmar establishment – both examples of the ‘remembering to forget’ syndrome. The dialogue initiated at the gallery will continue there with a panel discussion on 17 March, another shape-shifting for a show, which is as open-ended as participants make it.

While the audio installation compels an interaction, which has the potential for plunging us into some of the conflict and confusion of the Revolution, the abstract paintings require reflection, a reflection that will be contested by the sound storm. This live complexity neatly highlights the problem of whether “It’s easier to forget than deal with complexities.” Benoit will let the paintings speak for themselves but mentions a comment made by one interviewee (“When Bishop and the others overthrow Gairy, then they put a flag, a white flag with a red circle in the centre as surrender”) which he says “gave me a lead in terms of colour.”

As an activist project, Fragments aims at “provoking and reawakening dormant memories” and providing “a visual art and digital audio archive” which “reinforces collective consciousness and cultivates and stimulates national identity.” It will also bring into focus the current void in memory of those born after 1983. This void forms one of the fragments in Grenada’s and the region’s infamously fragmented history.  Although Caribbean historiography has gone a long way since CLR James’ Black Jacobins in rewriting regional history from Caribbean perspectives, it appears colonial attitudes and their attendant psychopathological disorders continue in the postmodern/postcolonial era despite globalisation and other external influences. Franz Fanon’s searing analysis of those attitudes and disorders (Black Skin White Masks, The Wretched of the Earth) remains as cogent now as when first published nearly 60 years ago.

Class and race stratification may have shifted in the postcolonial Caribbean largely due to the ‘Black consciousness’ of the 1970s and the momentum of anti-colonialism and Independence. Yet what Benoit terms “a colonial mentality” persists in the neocolonial landscape, along with a plantation and dependence mindset, exacerbated by perennial poverty for the masses while contemporary ‘massas’ rival all comers in corruption and control. So, while Caribbean historiography has privileged the region with agency enhanced by the trend of embracing oral history and telling from below rather than above, the benefits rarely extend beyond the limits of academe, with history now disappearing from both secondary and tertiary curricula. Indeed, as Benoit notes: “Contemporary local elites may seek to devalue or ignore historical events that are contrary to their interest.”

Fragments is poised to recall not only memories of the Grenada Revolution but also to make us question memory itself, without which there can be no identity, individual, collective, national or otherwise. The void in the collective memory of the Revo in the post-1983 generation creates what Benoit recognises as “a narrative space, where myths and new narratives are created in the formation of a dominant memory.” Re-membering involves “selections, absences and multiple accounts.” This complexity may be unpalatable or even inconsequential to the current elite but is crucial for real development beyond the boundaries of neocolonial stagnation.

Simon Lee is a London-born independent scholar, award-winning journalist/editor and educator who has lived in the Caribbean since 1987.

NOW Grenada is not responsible for the opinions, statements or media content presented by contributors. In case of abuse, click here to report.
Tags: artart house 473callisteexhibitionOliver Benoitrevolutionsimon lee
Next Post 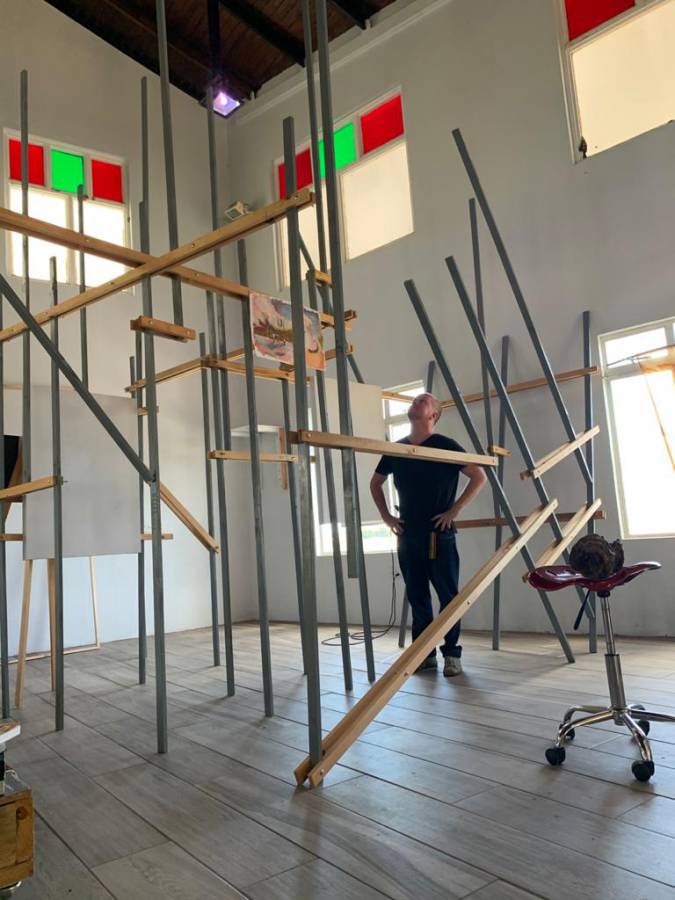