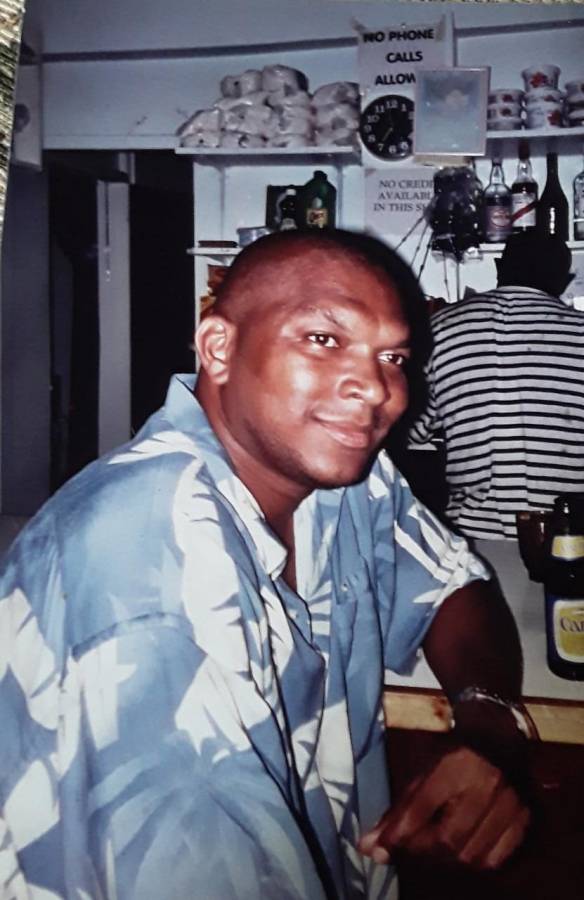 Described as a pleasant individual and affectionately known as “Jonsey,” Andrew Jones’ sudden death has left his family and loved ones in disbelief.

Jones left the compound of his workplace at McIntyre Brothers Ltd in Grand Anse, with a Mazda CS5 on Monday, 9 March. The 53-year-old was last seen at Grand Etang where he allegedly drove the said vehicle into the lake in what appeared to be an attempted suicide.

People at the lake were unsuccessful in assisting him after he swam further out and disappeared underwater. Apparently, a taxi driver saw exactly what happened on Monday, and promised to visit the family to tell them.

Jones’ body was discovered this morning after it surfaced almost 72 hours later. His family arrived on the scene at 12:11 pm shortly before a doctor arrived to pronounce Jones dead.

His brother Jude Jones from St Pauls said the entire family is distraught over what transpired. “He was always happy and he will make you feel good once you are around him. I really don’t know what happened. Personally, I don’t know of any challenges that he may have had, I mean we are good, we move good, we chat about work things, since I work at Steele’s Auto and he worked at McIntyre Brothers.”

Sister Gloria Jones-Lambert made a special plea for the public to allow the family to grieve in peace and to refrain from spreading rumours about what transpired. “It’s tough to cope with, so my wish is for Grenadians to just allow us to grieve in peace because people saying all kinds of rumours until we can get in touch with the taxi driver who may have some information as to what happen. Now this could have happened to anyone, the only thing is that he chose to go to that lake and nobody knows why that was his choice. Now people are asking why didn’t he say something to someone but everybody deals with issues differently, whereas I may be vocal, you may keep things to yourself,” she said.

Andrew Jones was employed as a salesman at McIntyre Brothers since 2008, and according to information from Michael McIntyre, Jones’ jovial personality had changed drastically since November last year and it was noticed that he had lost a lot of weight. Jones who is loved by the management and staff was described as a very nice young man by McIntyre who treated Jones like a son.

McIntyre said that Jones came to work on Monday morning and attended a meeting with a subdued demeanour and after the meeting ended, picked up his backpack and left the compound around 9:16 am in a blue Mazda CS5 which was meant to be dropped off for a client in Grenville. Shortly afterwards the staff received the tragic news.

Jones’ body was taken away by Otway Bailey Funeral Home and an autopsy is expected to be conducted to determine the cause of death.

The death of Andrew Jones comes at a time where the family is still mourning the death of his brother. Jones would have been 54 years old on 23 April 2020, and has left behind 4 brothers, 2 sisters and 2 children.

NOW Grenada is not responsible for the opinions, statements or media content presented by contributors. In case of abuse, click here to report.
Tags: andrew jonescurlan campbellmcintyre brothersmichael mcintyreotway bailey
Next Post