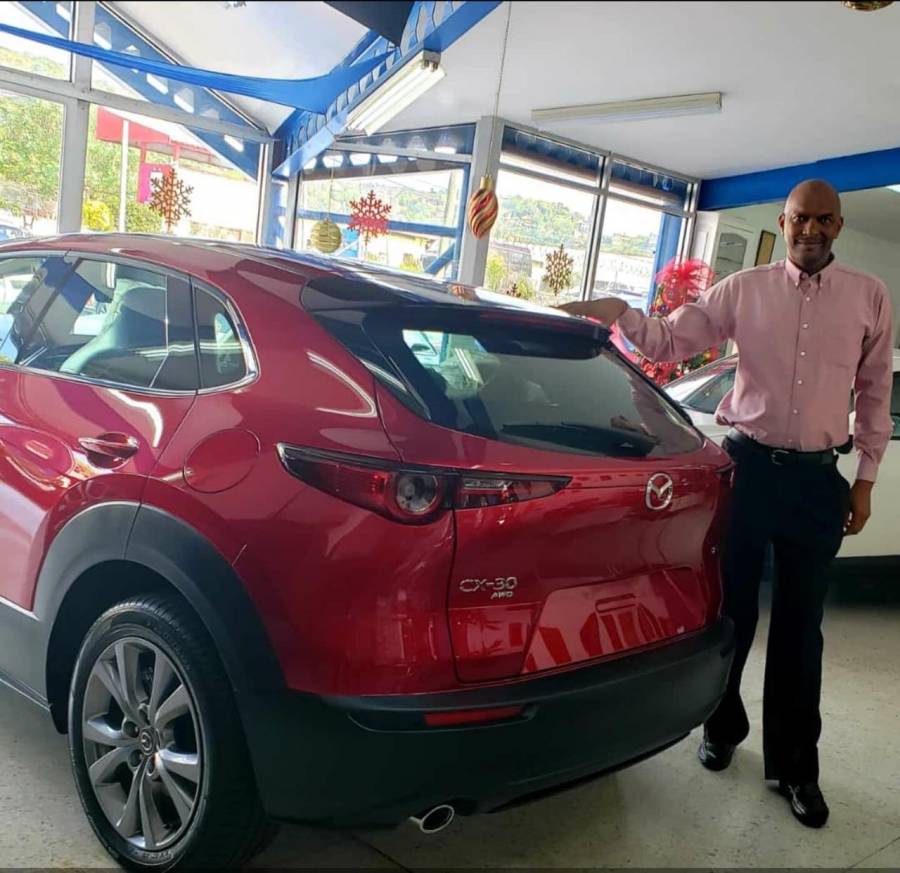 by Curlan Campbell and Linda Straker

Police have confirmed that a body was discovered in Grand Etang lake just after 10 am on Wednesday morning. The body was discovered almost 72 hours after the driver was described as missing. It’s understood a team of divers have been searching the lake since Monday, when 53-year-old Andy Jones went missing after driving into the water. Reports are that people present at the lake were unsuccessful in attempts to assist Jones after he swam out and disappeared underwater.

Shortly before midday today a posting on the Facebook page of McIntyre Bros where the driver was employed said, “It is with great sadness we announce the passing of Andrew Jones “Jonsey.” No other details were posted in the message.

The police, Jones’ family and employees of McIntyre Bros arrived on the scene. At around 12:22 pm a doctor arrived to pronounce Jones dead and Otway Bailey Funeral Home prepared to take the body away.

Police have not yet released details about the finding but it is expected an autopsy will be conducted to determine the cause of death.