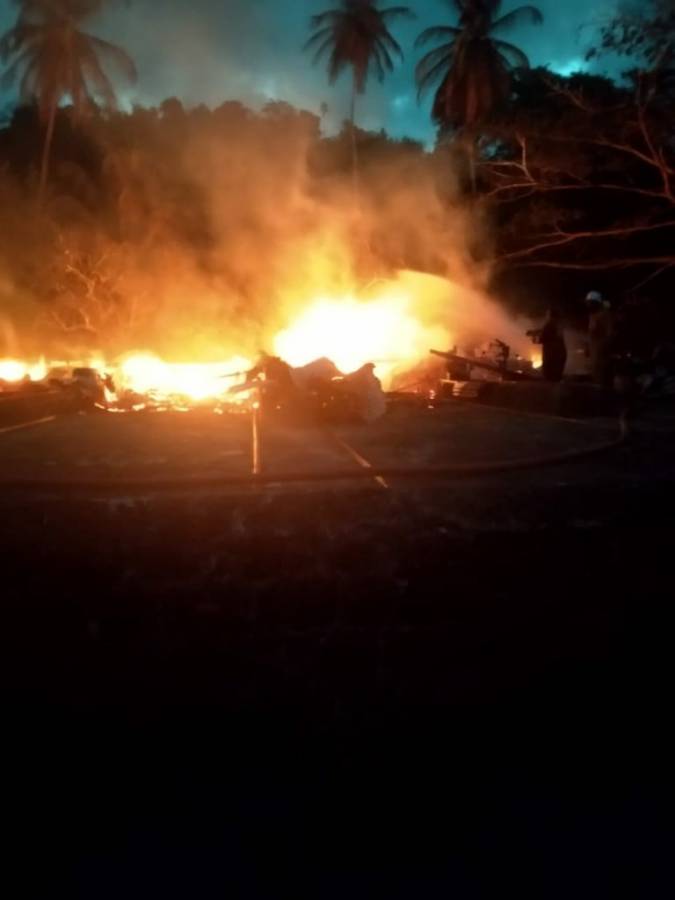 As of 5:15 pm Wednesday, 20 May 2020, no one has presented themselves to the Gouyave Police Station offering to place bail for Peter Adrian Henry – the man charged by police for causing the fire which destroyed the historic Dougaldston Estate boucan in the early hours of Monday, 18 May.

Facing 2 counts of arson by unlawfully setting fire to the boucan and a dwelling house, the 60-year-old Labourer was placed on EC$100,000 bail with 2 sureties, but with no one coming forward to place bail, he will be remanded to the Richmond Hill prison.

Known as “Susie” in the Dougaldston community, he is often seen displaying uncontrollable behaviour after consuming alcohol. He was also an employee at the boucan. Police have not disclosed the possible motive for his action which caused approximately EC$900,000 in loss and damages.

Located in the parish of St John, thousands have visited the boucan as part of historical tours that often also include a visit to the Gouyave Nutmeg processing plant and other historical spots on the western side of the island.

Owned by the Branch family, Dougaldston Estate is a 300-year-old historical plantation which offered a unique ecotourism experience. The estate measures 600 acres and contains 4 buildings, including a great house and the boucan.

Tourism Minister, Clarice Modeste, described the loss of the boucan as a national tragedy.

NOW Grenada is not responsible for the opinions, statements or media content presented by contributors. In case of abuse, click here to report.
Tags: arsonclarice modestedougaldstonlinda strakerpeter adrian henry
Next Post