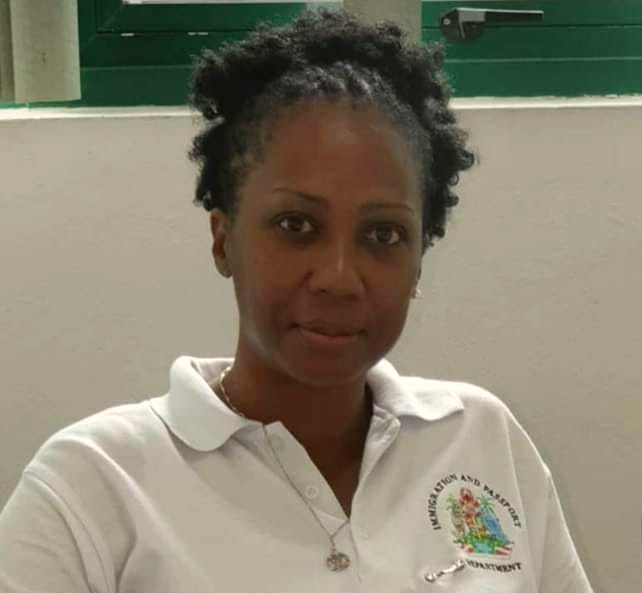 Hayes, who was attached to the Immigration and Passport Department for the past 17 years, was rushed to the General Hospital recently, where she later died.

In expressing sympathy to her family, friends and colleagues, Dr Mitchell said, “Ms Hayes served 17 years in various capacities in the Immigration and Passport Department and she will be remembered for her dedication to duty and willingness to serve. In such a small department where persons became family, she will be greatly missed. I extend deepest sympathy on behalf of the government and people of Grenada, to her husband, children and other surviving relatives, as well as her colleagues and friends.”

At the time of her death, WRC Hayes was serving as the Secretary to the Officer in Charge of the Immigration and Passport Department, Assistant Superintendent, Leroy Joseph.

Like the Prime Minister, ASP Joseph spoke of her dedication to duty. He said, “WRC Hayes was an exemplary and industrious worker. Previous officers in charge of the department have spoken highly of her worth ethic and I can say from my experience that she was very supportive and an inspiration to her peers. Her responsibility was not limited to secretarial duties; in the past, she has provided immigration services at the Maurice Bishop International Airport and passport services at the passport office. We will certainly miss her presence in the Immigration and Passport Department.”

NOW Grenada is not responsible for the opinions, statements or media content presented by contributors. In case of abuse, click here to report.
Tags: beverly hayesimmigration and passport departmentleroy josephwoman rural constable
Next Post