The landfill is on fire

The landfill is on fire

This story was posted 2 years ago
in Environment, Health, OPINION/COMMENTARY
5 min. read

It was just over a month ago that we the people became aware of a significant problem confronting the nation. The Perseverance Landfill was on fire with the resulting smoke and air pollution.

While this phenomenon had become an annual challenge, apparently this year it was worse than usual, going on for well over 2 months, to the detriment of persons in surrounding communities in particular, Brizan and communities/residents on the parish boundary. A newscast about a month ago featured a press conference with officials of the Grenada Solid Waste Management who advised that the authority was unable to take the usual action to remedy the situation because of the “social/physical distancing” protocol in place to address the Covid-19 challenge.

Now just this last week, we learned that the landfill – 11 acres of refuse – is still on fire and this situation is likely to continue for some time. In an attempt to get the fire under control, the Grenada Solid Waste Authority intended to introduce some new measures. The General Manager took his time to explain the cause of these annual fires:

He also acknowledged the health risks posed by the fires, particularly to people in the surrounding communities – aggravation of existing upper respiratory tract illnesses and health risks as a result of exposure to the toxic fumes resulting from the burning of hazardous wastes.

Undoubtedly, this extended exposure to the pollution created by the landfill fires has already resulted in various manifestations of ill health including respiratory illnesses. It is also useful to note that respiratory illness increases the risks for persons exposed to the Covid-19 virus. This therefore means that the citizens in the surrounding communities are being doubly disadvantaged in our current Covid-19 scenario.

One appreciates the challenge facing the Grenada Solid Waste Management Authority. However, it is unfair and unacceptable that the citizens of the surrounding communities should have to endure exposure to this level of pollution for such an extended period. One hopes that the citizens being affected by the landfill fire could be brought some relief soon. What would be the response if this situation affected Happy Hill proper or another community in the South?

The Responsibility of We the People:

Covid-19 has thrust upon Grenada an unusual situation and unusual measures such as social distancing have been brought into force. This therefore suggests that unusual measures may have to applied if the suffering of the good citizens of Brizan and other surrounding communities is to be relieved. The situation therefore invites we the people to take a look at our contribution to the problem of fires at the landfill and the suffering inflicted on our fellow citizens in the surrounding communities. Except in the cases of illegal dumping, all solid waste is disposed of at the landfill. We put it out to be collected or place it in a communal bin from which it is taken away. Out of sight! Out of mind! Not OUR problem anymore! Currently, OUR WASTE is creating a BIG problem for the people of Brizan and the surrounding communities! And this could lead to bigger problems with the risks of Covid-19!

The current Covid-19 situation and current challenge of the landfill fires present an OPPORTUNITY for the Grenada Solid Waste Management Authority to introduce some measures which require the active participation and co-operation of we the people to alleviate the incidence of fires at the Perseverance landfill and the resultant air pollution. While it would not solve the problem this year, we would be well on our way to alleviating/preventing that problem in 2021.

The citizens of the surrounding communities of the Perseverance landfill should not have to endure pollution and suffocation each year to facilitate waste disposal for the convenience of we the people and the proper sanitation and good health of the country as a whole. This should be a shared responsibility. The Grenada Solid Waste Management Authority must take the lead and we the people must play our part. The people of Brizan and other affected communities deserve better!

NOW Grenada is not responsible for the opinions, statements or media content presented by contributors. In case of abuse, click here to report.
Tags: brizancoronaviruscovid-19grenada solid waste management authoritylandfillperseverancesandra fergusonsanitationwaste disposal
Next Post 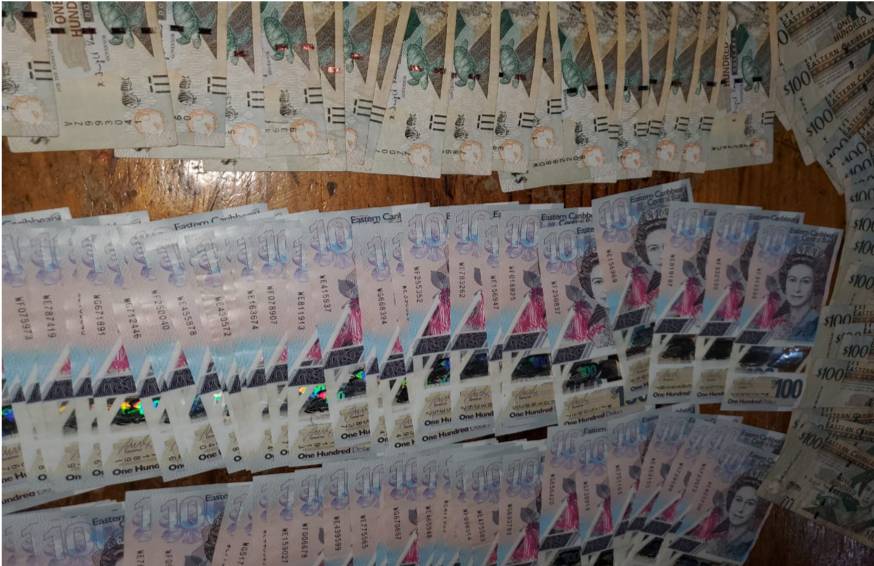