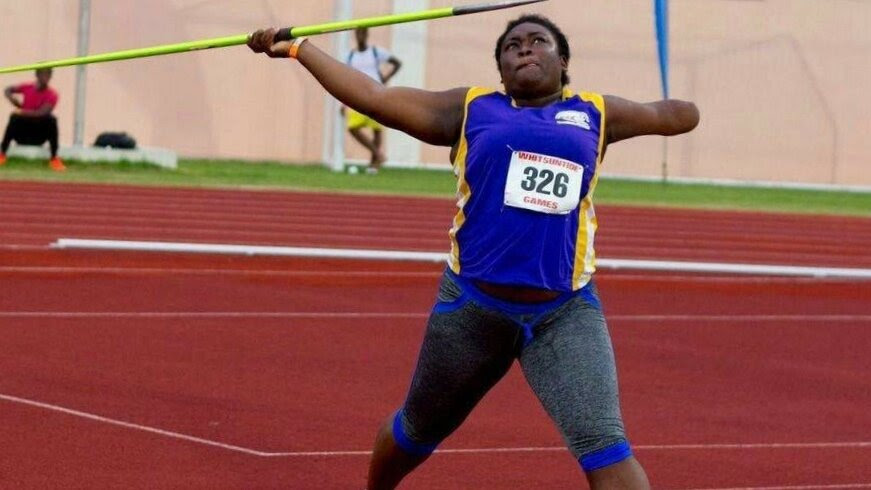 The resiliency project: Lessons you can learn from the pandemic

The resiliency project: Lessons you can learn from the pandemic

Athlete was looking to make history for Grenada in Tokyo

This story was posted 2 years ago
in Athletics, OPINION/COMMENTARY, Sports
4 min. read

“You have life” to cherish even in the worst moments. A series of stories to help you learn about resiliency and re-invention, in the midst of the Covid-19 crisis.

With roosters crowing in the background, Ishona Charles is giving me a lesson about resiliency as she speaks to me on the phone from her home on the island of Grenada which is under 24-hour curfew right now to deal with Covid-19. She knows she is fortunate. She’s healthy. But like me and many other people right now, Charles is trying to move forward after having her life turned upside down by the virus.

Charles expected to be in the final phase of training right now for this summer’s Paralympics in Tokyo. She would have made history by becoming the first athlete from Grenada to ever participate in the Paralympics. “I was hoping to be Grenada’s first Para-athlete and to win a medal and make a difference,” Charles says about the games which have now been rescheduled for August 2021.

Like the handful of top Para-athletes in Grenada, Charles lives in a rural area just outside the main city, St. George’s. Right now, she’s confined to her home. The athlete uses pieces or iron or river stones, whatever she can find in her backyard which is her makeshift gym, to lift weights. Charles sends videos to her coach so he can monitor her training.

Ray Roberts, who is the President of the Grenada Paralympic Committee, says Covid-19 has hit the island hard. There have been 21 reported cases to date. But with everything shut down on the island where the biggest industry is tourism, unemployment is now at 50%. One of the biggest employers, an American university is closed. Roberts says resources were hard to come by for sport and athletes even before the pandemic.

“We are going to be challenged in the new world of Covid-19 whenever the Pandemic is brought under control,” Roberts says. But Roberts says Para-athletes know all about resilience and re-invention. We will learn more about that shortly.

First, let’s look at how Grenada put itself on the sports map internationally. Sprinter Kirani James did that in track and field winning the 400 metres at the world championship in 2011. He followed that up with a gold at the 2012 London Olympics and silver at the 2016 Rio Olympics, Grenada’s only Olympic medals.

After that accomplishment, sport leaders on the island of 110,000 people began the process of establishing a National Paralympic Committee, which was formally recognized in 2017.

In June 2019, the International Paralympic Committee sponsored an education programme on the island where physical education teachers and coaches introduced Paralympic sport to 28 schools and 1,000 students.

Charles was the first to enter the international arena for Grenada after she discovered Paralympic sport in 2018. Charles had been competing in track and field since she was nine, specifically in javelin which was her passion.

A neighbour attacked her with a machete, and she lost part of her left arm. She says “my ability to run saved my life. If I couldn’t have then probably, I wouldn’t be here today.” She adds, “It’s a constant reminder of what I have. I have life and I still do the things I used to do before.”

It took many years, but with the support of her coach, family and friends she stayed in sport and is now reaping the rewards. It’s another lesson for people looking for ways to thrive post-pandemic. Set lofty goals, dream big and embrace any hurdles and obstacles that are just part of the process along the way.

“The journey is long but it’s worth it in the end. You have life. You can go on. It’s not the end.”

At her first major Para event in Arizona in 2019, Charles won gold.

Roberts says, “She did wonderfully well in Arizona winning the gold medal and that sparked national interest.” He says, it opened the doors to difficult conversations, for instance about the stigma that many people with physical disabilities on the island have faced for years.

Roberts contracted polio in the 1950s. One of his legs is longer than the other and he walks with a limp. Still, he competed with able-bodied athletes in table tennis and is a 2-time national champion.

“The first time I played for Grenada, it was in the Caribbean. When I walked out to play the gentleman I was playing said to the audience, “well this man can’t walk.” I was so humiliated. I mean I couldn’t understand why he said that.”

That’s why Roberts says he can’t overstate the significance of what Charles is now doing. “For physically challenged athletes not just in Grenada but in the Caribbean, there is still this stigma that because you are disabled, you are limited to basic things. People don’t expect you to be significant in the world of sport.”

Charles says she is hoping to be a change maker. “I will be able to change the perspective of other people when they look at people with physical disabilities,” she says.

When asked why she’s the first Para athlete to represent Grenada on the international stage, she’s quick to answer. “Others are probably not as bold as I am to put myself out there. Because of the way people look at them and treat (people with disabilities). I use my disability as my motivation.”

That’s something she’s hoping to show the world even if it takes one extra year now to showcase that at the Tokyo Paralympics.

NOW Grenada is not responsible for the opinions, statements or media content presented by contributors. In case of abuse, click here to report.
Tags: grenada paralympic committeeishona charlesolympicspara-athleteRay Robertsteddy katztokyo paralympics
Next Post