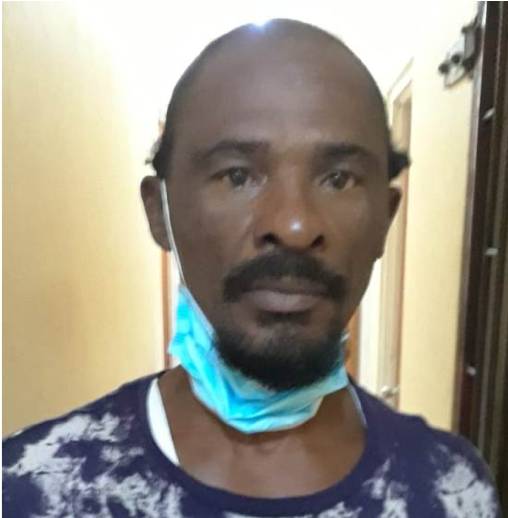 A bus driver from St Vincent and the Grenadines has been arrested and charged in connection with the 5 May 2020 drug bust at Mabouya, St John.

Conlar Charles, 48 years, was nabbed by police after a fishing boat was intercepted in the waters outside Harvey Vale, Carriacou while en route from mainland Grenada on Monday, 11 May 2020.

He has been charged with Trafficking in a Controlled Drug and Illegal Entry into the State and remanded in custody to appear in Court on 18 May 2020.

Charles is among three men charged in connection with the early morning drug bust. The other men, Keffin Henry and Sherwin Mitchell, both of Gouyave, St John were each granted $25,000 bail, with one surety. They have to surrender all travel documents and report to the Gouyave Police Station every Mondays and Fridays between the hours of 6 am and 6 pm. They will appear in Court on 12 June 2020.