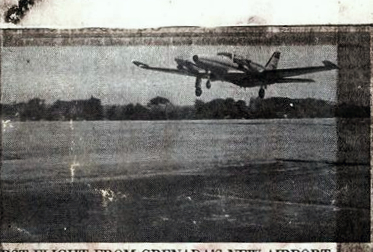 This story was posted 2 years ago
in History, OPINION/COMMENTARY
2 min. read

Interestingly, the airstrip was still under construction at the time of the flight and had not yet been commissioned for commercial air traffic operations.

The airport was being built by the British and French companies Plessey and Thompson, with major manpower and equipment input provided by the Cuban Government and a Grenadian labour force contingent. Subsequently, in 1984, the airport at Point Salines was commissioned and approved by ICAO for commercial civil aviation operations. In 2009 the facility would be fittingly named The Maurice Bishop International Airport (MBIA), in recognition of the Grenadian Prime Minister under whose administration Grenada’s desire to build an international airport advanced from being a pipe dream to a national reality.

Only 4,500 feet of the targeted 9,000 feet runway length was usable at the time of the flight, but the paved strip that was already completed was enough for the government’s Cheyenne PA 31T turboprop executive aircraft to operate on. The passengers on board were Grenada’s Prime Minister, Maurice Bishop, and a small party of officials. The first leg of their journey was to Havana Cuba, 6.5-hour flight that included an en route refuelling stop at Santiago de Cuba on the way. The party would connect with an international airline service in Havana that would take them to The German Democratic Republic (East Germany), and to Bulgaria for planned state visits.

The aircraft was flown by 2 commercial pilots: A Grenadian, Roger Byer, and Jose Santos, a Cuban national. Thereafter, the runway, although still under construction would be used by government officials on 6 more occasions before its official opening. This was due to the convenience its location provided its users, as they would no longer have to travel all the way to Pearls airport in the north of the island, some 18 miles away, but just 5 miles from St George’s to Point Salines for a flight.

NOW Grenada is not responsible for the opinions, statements or media content presented by contributors. In case of abuse, click here to report.
Tags: airstripjose santosmaurice bishop international airportpoint salinesroger byer
Next Post 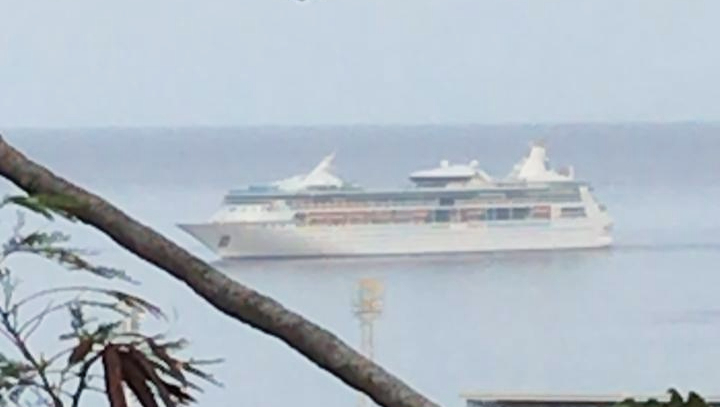 5 cruise ship workers arrived today on Vision of the Seas