A Different View… Revolt or revolution?

A Different View… Revolt or revolution?

More than 100 years ago, Frederick Douglass said, “Power concedes nothing without a demand. It never did, and it never will.” Here we are 100 years later, bearing testimony to this.

Now is not the time for political correctness; that ship has sailed on the blood of countless black men and women. Which side of justice will your stand? Now is not the time for a game of fencing. Evil prevails not so much because of evil people, but because we as non-evil people stand idly by and allow it to happen. George Floyd, Breonna Taylor, Ahmaud Arbery, Oscar Bartholomew, Botham Jean and the countless other black men and women who died at the hands of injustice, all died because the collective “we” allowed it to happen. We thought the system would work and give them the justice they so rightly deserve when in actual fact, the system itself is the problem.

This uprising, this revolt, this revolution that is happening in America, is also our issue. I saw some comments stating that the protestors and rioters were fools because destruction and violence is not the way to get heard. On the contrary, I don’t see it as destruction. I see it as tearing down the walls of injustice and racism to create open spaces of justice and equality for all people. What was sad about those commentaries is that the people who have a platform and should use it for good, for the furtherance of justice, used it instead to blame, shame and condemn. If you are going to condemn, the least I ask is that you know your history. Slavery may have been abolished on the books since 1836, but I can tell you that the effects and the trauma are still very much felt today. The pain of black America is real. The pain of black people at the hands of the white oppressor is real. Don’t you dare trivialise their pain, by calling them stupid.

I made a post on social media that the plight of Caribbean Blacks is not the same as those of the Black American, and I was taken to task for that post. However, I stand by my convictions on this. Oh yes, I know that racism, classism, colourism and all the other “isms” exist in the Caribbean, but we do not experience the same levels of discrimination as they do. We are not afraid that our sons and daughters may not come home because the police might have murdered them in a routine traffic stop. When the police pull us over, the most we worry about is an expired driver’s licence or no driver’s licence at all. Whether our insurance is up to date or not or whether we indeed have any insurance. We may even worry if our beer bottle is in plain sight or if we remembered to take that one stick of weed out of our bag. We don’t ever worry about where we put our hands, nor do we have to ask the police permission to get our licence and insurance. We are not overly worried about police brutality. Of course, we have police brutality in the Caribbean and to deny that would be irresponsible of me, but we do not live that systemic racism and fear of death by police as black Americans do every day. So, don’t you dare call them stupid for wanting justice, equality, and their inalienable rights that have been denied for far too long.

I remember when I got married and was moving from Trinidad to Belize. When we got to Customs at the Miami airport, they took us into a room for questioning. Let me explain to you why this happened. My husband is white, and of course, I am black. Do you think I was afraid when they took us into that room? Heck, no, I was mad as hell. I refused to cooperate and told them if they needed me to speak, it will be through a lawyer. I also said to them in no uncertain terms that this was racial profiling. My husband dealt with the situation in his usual calm manner, and it turned out alright. However, I refused to accept their apology because I knew it was disingenuous. That incident was my second brush with racism. The first time it happened was at a supermarket in California. I was the only black person in the supermarket, and this old white lady would get out of the aisle very quickly when she saw me. At first, it didn’t register, but after about the fourth time, I figured it out. She held onto her handbag tightly and looked at me as if she’d seen death. I found it hilarious at the time because I don’t have experiences such as those in the Caribbean, but my sister, who has lived all of her adult life in America, was furious.

The point here is that in the Caribbean, we are not afraid of authority, especially the police – we respect it, but we are not scared. That’s not the case for our black brothers and sisters in the USA. They are petrified of the police because any slight move, and they could end up dead. And they have had enough. So, if this is how they can get the attention of the powers that be, then I stand with them. I stand with them getting justice and equality by any means necessary. Before you condemn, seek to understand. Don’t tell me that all lives matter when all lives not being murdered so viciously by the police. Yes, all lives matter, but at this moment, black lives matter more. Maybe, just maybe, this is the movement that brings down a 400-year tradition of marginalising black people out of jobs, out of equal pay for equal work and out of neighbourhoods. What kind of world do I want for my children whom society colour codes? I want a world where they are not afraid to reach into their handbag to get their driver’s licence if they are pulled over by the cops. I want them to live in a world where they have an equal chance at a promotion and equal pay as their white counterparts. Call me disillusioned, but I prefer to believe in that world more than the one we live in currently. And maybe just maybe this is the revolution we need to bring the necessary change. So, don’t you dare call them stupid!

NOW Grenada is not responsible for the opinions, statements or media content presented by contributors. In case of abuse, click here to report.
Tags: judy mccutcheonracism
Next Post 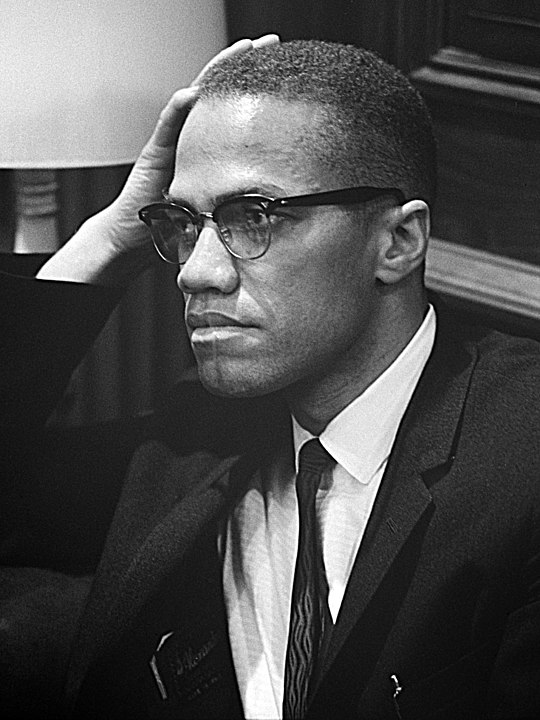