This story was posted 2 years ago
in Business
4 min. read

The National Bus Association (NBA) maintains that they are not in contention with government and is prepared to continue negotiations in good faith despite being criticised by the Permanent Secretary with responsibility for Transport, over their press conference on Monday.

Permanent Secretary, Anna Brizan, during a press conference held last Wednesday said the ministry was “taken aback by pronouncements by the National Bus Association” an act that was considered to be in breach of ongoing negotiations with the Ministry of Transport over the increase of bus fare by 50 cents.

Brizan said as a result, there is now a pause on the process of engagement to allow each side to introspect and prepare for further engagement. She also made the call for the National Bus Association to have their membership resume operations as a precursor to continuing dialogue. “Government wishes to have public transportation to function in a reliable and dependable manner and therefore we appeal to the National Bus Association to have a dependable transportation system throughout Grenada and across all zones before it can continue engagement in a responsible and structured manner.”

The bus association’s president, Garth Woodroffe said, “After deep reflection and in an attempt to meet the needs of the general public all buses has were instructed to resume their operations in good faith as requested by the government in hope of resuming negotiations that were paused.” He also noted that there were glaring irregularities in the statement released by the minister of transportation last week and the press conference by the Permanent Secretary in the in Ministry of Transportation.

Woodroffe said the association felt it necessary at the time to engage the public on matters that will ultimately affect them and is disappointed that this has led to a pause on their negotiation with the government. “Our press conference last Monday was not a breach of protocol. The National Bus Association is a private institution and there is nothing that prevents the association from holding press conferences. In fact, I advised and did state in the meetings that I was going to reach out to the public to get their opinion on the matter because the National Bus Association considers the public very important in this negotiation and their voices were not being heard.”

Woodroffe said the association is also aware that government officials have been meeting with members of the association unknown to the association’s leadership, to attempt to convince them to resume normal operations. “Isn’t that a break in the protocol by trying to weaken the other side with heads of government going and hosting meetings with bus association members to try to sweet talk them to go on the road…while the bus association was in negotiations.”

The increase in bus fare was among recommendations proposed by the association to help alleviate the cost of operations since they are now required to carry fewer passengers in accordance with the Covid-19 regulation.

Woodroffe said prior to government’s public call for the resumption of public transportation, the association saw it fitting to have some of their buses resume operations. An action, he said, regrettably will see these buses incurring losses. “This will be a serious loss for the busmen in terms of the viability of their operations but we consider it a contribution to the state of Grenada, Carriacou and Petite Martinique, moving forward we still hope to return to the table for negotiations.”

Woodroffe stated that the financial situation faced by bus operators remains a challenge and is hopeful that both parties can reach an amicable solution. “We had asked for gas rebates. At last Wednesday’s meeting, we spoke about terminal fees. We know that moratorium is running out and we are not sure what is going to happen there so we are currently seeking other alternatives to create benefits for the association with private stakeholders and we hope to get favourable responses.”

A government press release on 5 June 2020, indicated that it is considered unfair for “bus drivers to remain at home and still collect $800 from the same taxpayers whom they refuse to serve.” The monthly payment of $800 is part of government’s stimulus package to help bus drivers cushion the financial impact of the pandemic. In response, the association clarified that the $800 received from the government must be shared between bus owners, drivers and conductor, and can only be collected by the owner.

The release also addressed the request by the association for fuel rebates, calling such a proposal as being “inconceivable” since governments revenues have drastically reduced by 50% due to the pandemic.

NOW Grenada is not responsible for the opinions, statements or media content presented by contributors. In case of abuse, click here to report.
Tags: anna brizanbuscoronaviruscovid-19curlan campbellgarth woodroffeministry of transportnational bus associationstimulus package
Next Post 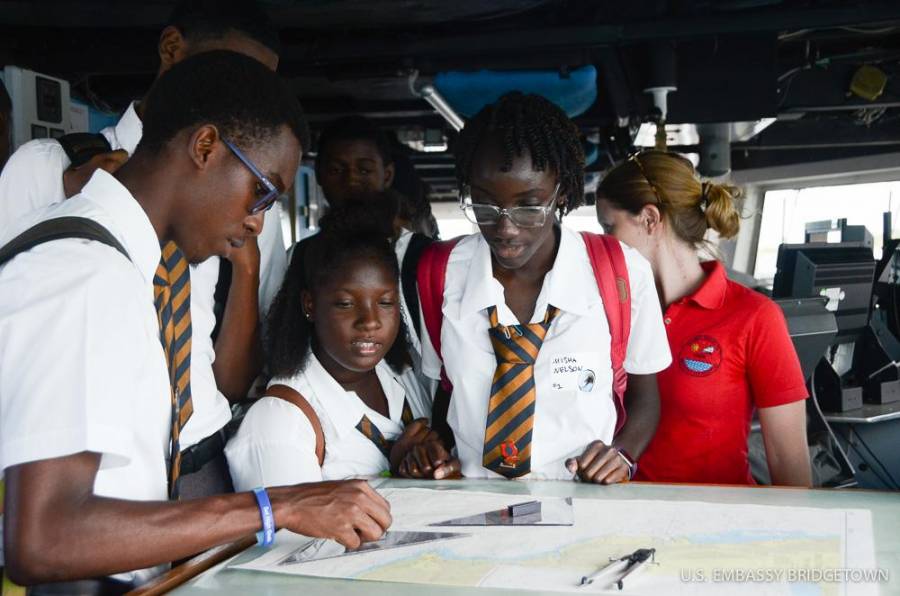 We all have a duty to protect our oceans