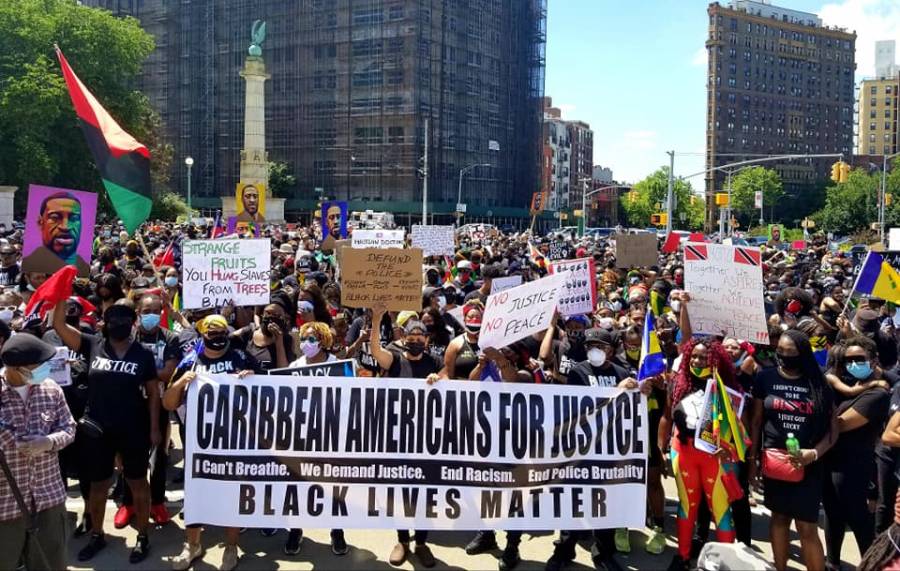 14 June 2020, Brooklyn: “We are all affected in one way or another by police brutality and other injustices against Blacks in America. Therefore, it’s only proper that we march and rally in solidarity with each other and to protest against all forms of discrimination and abuse by police officers,” said Grenadian-American community organiser and recording artiste, Cheryl Vincent, at the massive Caribbean-Americans for Justice March and Rally, which was held on Sunday, 14 June 2020.

The organised march and rally brought out a large number of participants (Caribbean-American, African-American, Hispanic and White), who together made their voices heard as they registered their solidarity and bold statements against police brutality and every other form of systemic discrimination which target Blacks in America.

Williams was particularly emphatic in his support for the initiative of a majority of NYC Council reps, to partially defund and redirect $1 billion from the $6 billion allocated to the New York City Police Department, to education, health, housing and youth programmes.

Call for resolution of public transportation by bus operators