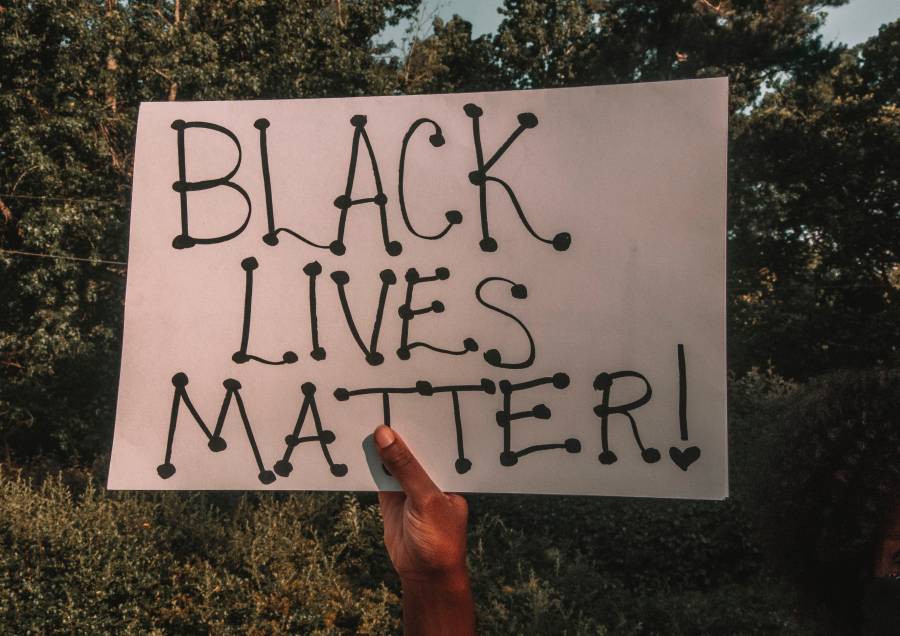 This story was posted 2 years ago
in Politics, PRESS RELEASE
5 min. read

AGAINST GRENADIANS IN DIASPORA

Organised by lawyers at the Criminal Defence Bar of Grenada

From St George’s Grenada, at the gates of the United States Embassy we stand to bring a message to President Donald Trump through his government offices here: The violence he is asking for against people who protest racial violence and are angry over 400 years of American injustice and racial hatred that the call of the American president is immoral, it is unprincipled and has no place among the family of good governance by any nation anywhere in this world. The American President has put at risk the good relations between the United States and the people of the Caribbean if he continues to press for violent solutions to problems of racial injustice in his country.

Caribbean Americans commonly referred to as West Indians, have been part of the United States since that country was founded. Alexander Hamilton, one of the American Founding Fathers at the Constitutional Convention in Philadelphia in 1776 was born in St Christopher Nevis.

Throughout the history of the United States, West Indians have been in deep and strong alliance with African Americans in the fight for human rights and racial justice. From Jamaican Claude McKay of the Harlem Renaissance to Constance Motley-Baker the first female Federal District Court Judge in the United States West Indians have been wholly woven into the American national fabric. Motley-Baker’s cousin Bertram Baker was New York’s First Assembly Speaker. Dr Neil DeGrasse, the eminent physicist along with Hamilton, Cicely Tyson and the 2 Bakers mentioned all trace their parentage if not their actual birth to the small twin-island state of St Christopher and Nevis in the Caribbean.

General Colin Powell, former US Attorney General Eric Holder, Harry Belafonte, Stokley Carmichael, Malcolm X, Sidney Poitier, trades union leaders, current day pop culture icons Rihanna and Beyonce, Patrick Ewing of the NBA, Patrick Chung and Pierre Garcon of the NFL and too many to mention in America’s game, baseball, all of these men and women and so many notable others have left and are leaving an indelible mark on American life. Undoubtedly, they have experienced the pain of being Black in America.

Caribbean-Americans are 4% of the US population. That is equal to 13 million Black and brown souls resident in the United States of America today. And those are the documented ones. They know well the pain of American racial violence. Violent police officers and race haters in America do not ask for passports or green cards. All they see is the colour of your skin and their worse appetites for rabid racial violence are set loose.

Today, the human rights struggle to end police and other forms of racial violence have been joined by all Americans – white, brown, black, gay and transgender. With the notable and sad exception being the current American President and his surrogates. It is unspeakably offensive to us here in Grenada that the leader of the United States is calling for US military forces to be set loose on the Black people and people of goodwill in America.

But it is not only in Grenada, here in the Caribbean indeed people of goodwill all over the globe are standing in arrested solidarity with African Americans who have borne the brunt of the deadly knee of American racial violence.

From London to Lagos, San Francisco to Cape Town, Brooklyn to Brussels and from Washington DC to this small but proudly unyielding Caribbean island nation of Grenada where Malcolm X’s mother was born, we are all standing with all victims of racial violence and saying with one voice: ENOUGH IS ENOUGH.

Grenada has one of the highest out migrations of any country in the world. Our people migrate at a stunning rate and most of them go to live, study or simply to vacation in the United States. We all have parents, siblings, friends and colleagues, white, black and brown who all reside in America. In zip codes 11203, 11236, 11226 in Brooklyn, in the village of Canarsie and East Flatbush over 25,000 Grenadians are documented as legal residents.

Tens of millions of dollars, essential to the upkeep and support for family here in Grenada are remitted from our families and friends who live in the United States. We are affected by what happens to them. For those who ask, this is an issue that hits home for us that is why we are going out and lending our voices to the global cry for justice for people of colour in the United States.

Here in Grenada members of the local law fraternity, trades unions, teachers unions, civil society and people of goodwill are standing with our African American sisters and brothers and all Americans who want a speedy end to racial violence. If not now when?

The leader of our Catholic community in Grenada was the first here to raise his powerful voice in support of justice, peace and to end that racial violence by police against African Africans.

And now, members of the legal fraternity have rallied with other Grenadians because lawyers everywhere are compelled to erect lawful barriers, to call out injustice before societies descend into anarchy and hate.

And so today 8 June 2020 the voice of the people of Grenada are raised in solidarity with the family of George Floyd, Breonna Taylor, young Tamir Rice as West Indians have always stood with their sisters and brothers in the great United States for many, many decades.

From the founding of the nation to the Civil Rights era of the 1960s to the awakening today across the United States, Grenadians at home are standing in solidarity with members of the United States Congress, Black Lives Matters supporters, with members of the US judiciary even with the fearful members of Donald Trump’s government to say as Martin King Jr did, that, “Injustice anywhere is a threat to justice everywhere. We are caught in an inescapable network of mutuality, tied in a single garment of destiny. Whatever affects one directly, affects all indirectly.”

We have been asked to submit this Statement to Congress Members Hakeem Jeffries, and Yvette Clarke to be inserted in the United States Congressional Record. This statement is also being circulated to newspapers in New York City, London and Toronto and across the region.

Against Injustice. Toward Peace and Reconciliation in all societies and for all people Everywhere.

NOW Grenada is not responsible for the opinions, statements or media content presented by contributors. In case of abuse, click here to report.
Tags: black lives matterdiasporapolice violenceprotestracismus embassy
Next Post