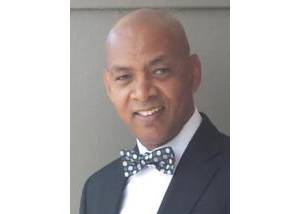 During the past 3 months of the Covid-19 era, the island nation of Grenada has recorded 3 suicides, plunging scores of family members and relatives into deep anguish and heartrending pain.

As one examines these incidences, although under investigation by the Royal Grenada Police Force, some common factors are evident in all 3 that will catch your attention.

It is rather thought-provoking to note that all 3 incidences are reported as alleged suicides, with all victims as males who are all under 50 in age and all from the same parish of St Patrick. There is no doubt that any social science practitioner who observes these common factors will be instantly triggered to undertake a study into why there are so many similarities among these 3 incidences. However, as an international social skill consultant myself, without doing that sociological study, I will attempt to comment in general towards how male brain processing can leave men more prone to suicide.

Despite all the gender fluidity of 21st Century existence and the dubiously unending socialising ramifications that sometimes confuse the mind, we must use an algebraic style formula of reasoning, using the known variables to figure out the unknown if we are to make sense of this rising issue of suicide ideation among males. So, despite the many sociological reasons that can be intricately discussed, please allow me to look at one overarching factor of brain processing to help our brothers understand their feelings.

Through modern brain scanning methods and close observational studies we have generally accepted the theory that even if the human brain comprises left and right hemispheres, males and females seem to be dominant in one or the other. It is believed that in general, males are left brain dominant, while females are more right brain dominant, resulting in a different form of processing which if not understood can create serious disagreements between the sexes leading to major frustrations.

If we are to live responsible, respectful and successful lives, it is important to understand the crucial differences between male and female brain processing. In her article “Male and Female brains are really built differently,” in the Health Section of THE ATLANTIC, 2 December 2013, Olga Khazan referred to some different characteristics between male left-brain processing and female right-brain processing. Khazan spoke about the brain fibre pathways in males running in a linear fashion from back to front as opposed to the brain fibre pathways in the female zigzagging across both hemispheres.

As of such, there are certain processing characteristics that are evident between the way men behave and their female counterparts. The linear fibre pathways in the male brain create a target focused thinking pattern that speaks to detailed planning, direction, leadership, analysis and discipline, making male behaviour exasperated and frustrated when there are major hiccups in these areas. Khazan cited that on the contrary, female right-brain operations are more functionally interconnected, and although possessing some of these male driven skills, they are endowed with additional skills in multitasking, empathy, support, nurturing and care. Wow, aren’t these the social graces that motherhood requires in being the administrator and queen of the domestic empire?

This interconnected functionality of the female brain equips her with the ability to switch focus quickly as can be seen in a mother who is deeply engaged in cooking but quickly has to respond and attend to a hurting child, while simultaneously comforting a crying baby. This switching between activities while focused on a task will indeed exasperate and drive the man into deep frustration, while she does it almost effortlessly.

However, for the male with his target focused left-brain thinking, because he processes in a linear fashion, when his target focused plans are not working, when his expectations are not met and when he sees himself failing, it is difficult for his target focused mind to switch activity as his female partner can. So, with no perceived recourse nor option in mind, and with energy and time invested, in frustration, he is plunged into helplessness, hopelessness, desperation and possible mental illness.

As simple a reasoning as this situation seems, it is the perfect recipe for an emotional meltdown, depression or even a psychotic break if there is no one to intervene and help him switch focus. As we look at the alleged suicides we are dealing with here in Grenada, we see that these were all males and as we looked deeper, we see that these self-inflicted acts can all be attributed to the inability of the victims to switch from their target specific hurt, trauma or consequences and move on. They ran out of options and felt that there was no hope of recovering, so with their male left-brain processing of having to be in control, they attempt to take control of their destiny by removing themselves from the pain and committing the inevitable.

I am not hereby arguing that females do not become suicidal or even successfully commit the act also, but I am saying that putting what we now know of male and female brain processing into the equation, males are more prone to suicide since they are unable to see as many options as their female partners can. And of course, having to exist within the stresses, regulations and change of Covid-19 will not help, but seriously compromise the man’s ability to cope.

To mitigate this phenomenon would take a powerful psychoeducational intergenerational approach that can help men and boys understand male brain processing while equipping them with concepts and strategies that will re-train their brain to explore and identify viable options when failure, disappointments and frustration hit, thus dismantling the downward spiral into hopelessness, desperation, depression and suicide.