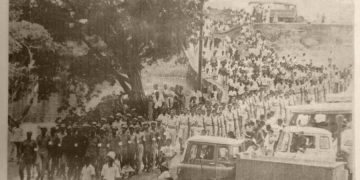 This story was posted 1 year ago
in Today in History
1 min. read 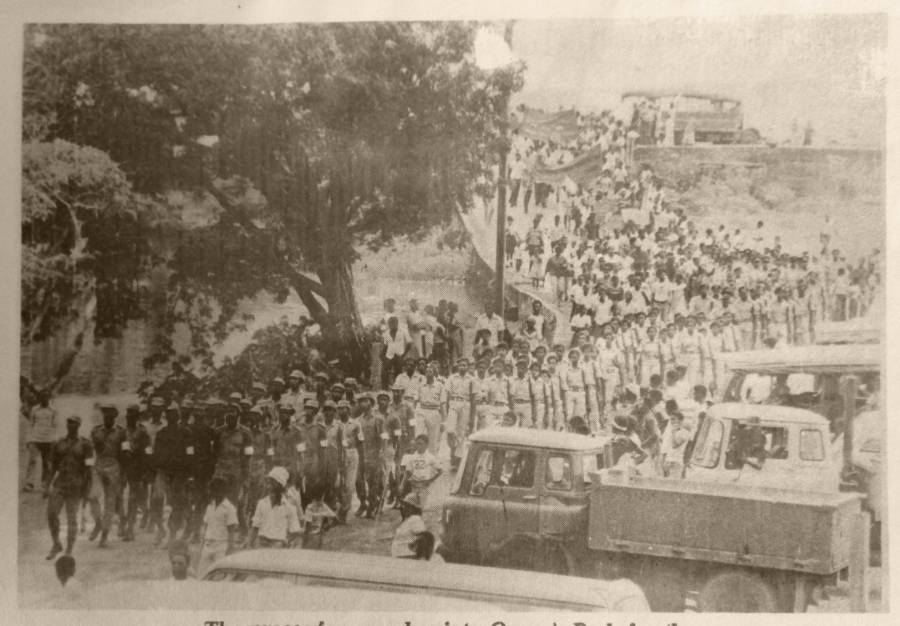 On 19 June 1980, thousands of supporters gathered at Queen’s Park at a rally to honour two Grenadians who had been named among the Heroes of the Revolution: Tubal Uriah ‘Buzz’ Butler and Alister Strachan.

A bomb exploded under the grandstand, injuring scores of people, and killing 3 young women.

Excerpt from Grenada: A History of its People by Beverley A Steele

New Martyrs, New Heroes, New Patriots (19 June 1980) was an important Radio Free Grenada broadcast by Prime Minister Maurice Bishop given on the evening of the tragic bombing at Queen’s Park.