This story was posted 2 years ago
in Lifestyle, OPINION/COMMENTARY
5 min. read

Many people face challenges in accessing services which can help them achieve in areas of life such as education, training, and making a contribution to their community.

Additional factors often compound these challenges. They may be from a minority ethnic background, identify as gay, lesbian, transgender, or have a disability. People may be suffering because of socioeconomic factors such as unemployment, debt, or may have mental health difficulties.

Discrimination means that often such people, or groups of people, receive less favourable treatment. They often find themselves outside of the ‘norm’ and may have great difficulty in accessing the support and services they need.

The purpose of this article is to raise awareness by understanding the issue of inclusion, diversity and equality, and through my aim, is intended to challenge discrimination and exclusion.

As a people, it’s time for us explore what the terms ‘equality’, ‘diversity’ and ‘inclusion’ mean in a broader legislative sense, because for us to understand our diverse communities, first we must have an understanding on what it is before acceptance can take place.

Let’s take a look around us and see how people are hurting because they are being discriminated against, having a disability, whether it be mentally/physically or having different sexual preferences. I don’t believe anyone has to face exclusion, neither have their rights violated because of who they are as an individual.

A human is a human and therefore deserves to be respected in all sense of life, regardless of his race, sex, age, religion, sexual preferences or disability. He/she must not be discriminated against. Too often we have been hearing of sad and heartbreaking stories of people being stigmatised. It’s not just limited to certain individuals, but it is broad-based stigmatisation being experienced on a wide scale. Those bigoted behaviours are directed at those in gay communities, mentally challenged, and people living with HIV and AIDS.

Many of those marginalised individuals have had their rights violated by inhuman, stony-hearted people, especially those who have no respect for others. The Universal Declaration of Human Rights clearly outlines everything, starting with the preamble to Articles 1 to 30.

As a people we have we need to respect one another and most of all we must learn to coexist. Everyone in the world cannot be the same and that’s why there’s diversity, because we’re all different, therefore we have to learn to accept people for who they are, not for who you want them to be. The time is now for us to ensure and promote the core values of respect, equality and inclusion. For those of us who are championing the causes for inclusion, as an advocate, I know that equality is the notion that everybody has equal value and has the right to equal status, respect, dignity and opportunity.

There are many nongovernmental organisations who are championing the causes for inclusion regionally and locally — just to name a few, Eastern Caribbean Alliance for Diversity and Equality (ECADE), Pan Caribbean Partnership Against HIV and AIDS (PANCAP), GrenCHAP, Caribbean Regional Network of People Living with HIV (CRN+), Caribbean Vulnerable Communities Coalition (CVC) — and all the other regional bodies who are struggling for inclusion.

Let me take the opportunity in paying homage likewise extending congratulations to an outstanding stalwart, an exceptional Grenadian daughter of the soil, Dr Wendy Crawford-Daniel, Research Sociologist and Sociology Professor at SGU. She is someone who has worked extensively within the region doing researches in sociology. I want to congratulate her on her latest novel entitled “Son Rising”, a mind-boggling masterpiece.

It’s one of those novels that chronicles discrimination and daily struggles among marginalised individuals, particularly the LBGTQ community. I have no regrets owning a copy, and reading what is related and documented based on the various interviews that were conducted from marginalised individuals within the LGBTQ community. I congratulate this outstanding educator for a job well done. Kudos to you, daughter of the soil.

Another stalwart and pioneer who deserved much recognition for his work and contributions was the late veteran medical practitioner, Dr Sir Prince Ramsey of Antigua. He was well respected at home, throughout the region and internationally, in reducing the spread and fight against HIV and AIDS.

When I look back at the work that Dr Sir Prince Ramsey has done, he has played a pivotal role in advocating for HIV patients at the height of the AIDS crisis in the 1980s, and he also pioneered HIV services for pregnant women in the region.

Those who are familiar with the AIDS epidemic would know that it began in the early 80s there wasn’t much treatment available and knowledge was limited, but here you have a man who took it upon himself to champion the cause. In 2018 he was honoured with the UN Population Award; this was an outstanding achievement for an exemplary individual. Sexual orientation is part of our identity and it is never acceptable to treat someone less favourably because of who they are or who they form relationships with.

However, homophobic and transphobic discrimination remain a problem throughout the region and within our societies, and it keeps hindering progress because it has prevented many nations from getting funding from donor agencies (Schulz: Cut aid to African countries with anti-gay laws and Denmark withholds £7.5m aid to Tanzania over ‘unacceptable homophobic comments’).

It’s never right to discriminate against anyone because they happen to be in a certain marginalised group. As the world moves towards globalisation, modernisation and liberalisation, “I strongly believe there’s no time like the present for Caribbean countries to move in the direction of legislative reform.” Let’s do away with the antiquated colonial buggery laws and replace it with anti-discrimination legislation.

The quest towards inclusion is pivotal, however, a knowledgeable approach and positive attitudes likewise education awareness prove vital to triumph over any obstacles which may emerge in the adaptation process.

In this ever-changing world, inclusion is very important because through our diversity we certainly add to our creativity. I believe if we don’t have a diverse world, then it would rather be impossible for us to have that same levels of creativity because our strength lies in our diversity.

NOW Grenada is not responsible for the opinions, statements or media content presented by contributors. In case of abuse, click here to report.
Tags: brian josephdiversityequalityequityhivinclusionlgbtprince ramseywendy crawford-daniel
Next Post 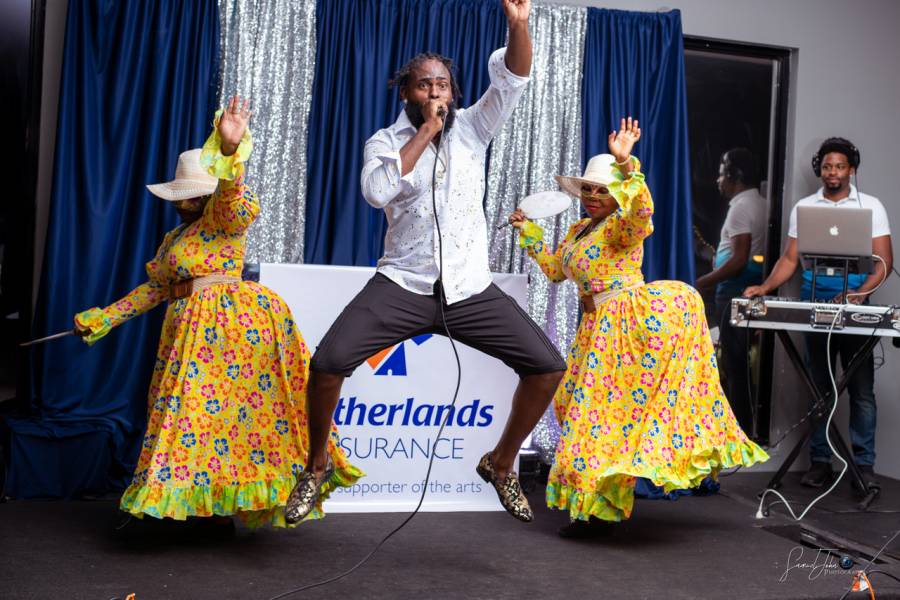