This story was posted 11 months ago
in PRESS RELEASE, Tribute
2 min. read 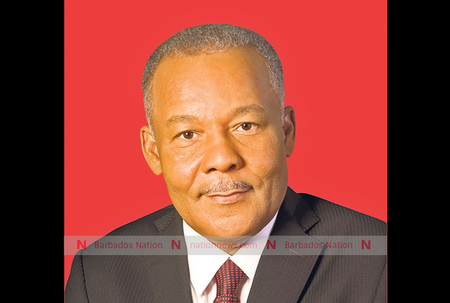 Prime Minister Dr Rt. Hon. Keith Mitchell has expressed condolences on the passing of one of the Caribbean’s statesmen, Owen Seymour Arthur, who died early Monday morning at the age of 70.

Arthur was Barbados’ longest serving Prime Minister, serving in that office for an unprecedented 3 consecutive terms from 1994 to 2008.

Paying tribute to the former Prime Minister, whom he referred to as his “close friend and colleague,” Dr Mitchell said, “Barbados and the Caribbean have lost a great son. He was one of the brilliant and best political minds of the region. A brilliant economist as well. I had tremendous respect for his insight into political and economic issues.”

Dr Mitchell met the late Owen Arthur at the University of the West Indies Cave Hill Campus in Barbados where they both studied, and played together on the UWI cricket team. They both went on to further their studies and returned to their respective countries around the same time. “We were in government around the same time, then went into opposition around the same time. We maintained a good relationship throughout the years.”

Arthur was the featured speaker during an NNP convention at the end of 1994, months before Dr Mitchell became Prime Minister in June 1995.

According to a report in the NationNews.com in Barbados, Arthur, who was the country’s 5th Prime Minister, was hospitalised in mid-July with heart complications, and was in the Intensive Care Unit.

Dr Mitchell extends his deepest condolences to all Barbadians, especially Arthur’s wife Julie, his daughters Sabrina and Leah and all of Barbados on the passing of the former Prime Minister.