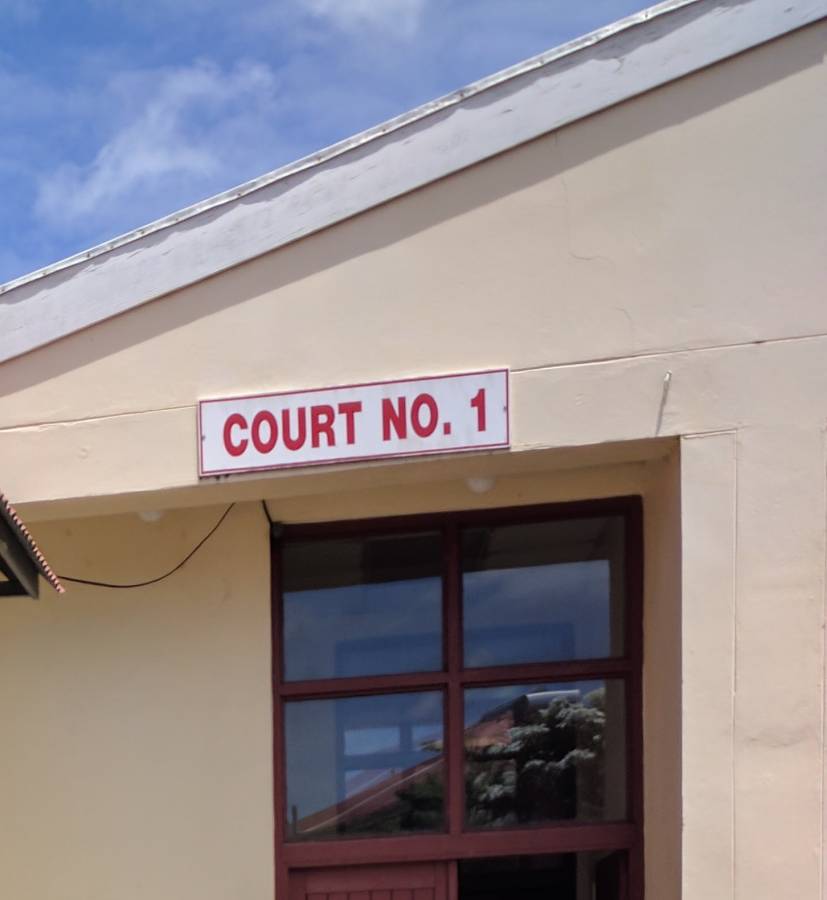 Refurbishment of Magistrate’s Court begins after years of deterioration

Refurbishment of Magistrate’s Court begins after years of deterioration

An inexcusable act of betrayal to the Grenadian public due to poor courtroom infrastructure sums up the sentiments expressed by President of the Grenada Bar Association, Lisa Taylor, referring to the deplorable courtroom facilities at Magistrate’s Courts, which has been highlighted in the media countless times as a serious issue that needs to be addressed.

Members of the bar, courtroom clerks, and judges at the Magistrate’s Court 1 and 2 have been subjected to major disruptions especially during the rainy season due to constantly having to stop courtroom proceedings to mop up rainwater flooding from the ceiling, which has been left to deteriorate due to little done to maintain the structure over the years.

Taylor said there can be no excuse for the delay in addressing this problem since this is an issue existing for many years. “This is a problem that precedes Covid-19. It is very common now to blame every problem in society…and to use Covid-19 has an excuse. We at the bar think it’s a betrayal of the people of Grenada who have to access these courts and literally at the first sign of rain a torrent of water is entering that court in the vicinity of the air condition unit and as soon as this onset begins, court proceedings have to be stopped and depending on the extent of it, sometimes court proceedings are interrupted for beyond the day of the incident.”

Citing the importance of the Magistrate’s Court in the judicial system, Taylor wants the relevant authorities to address this problem once and for all. “We consider that it is inexcusable that years on from this problem being brought to the attention of the authority, we can still have this issue of water literally pouring into our court that the public has to access, and we are calling on the authorities to do something more than paying lip service to this problem.”

Permanent Secretary within the Ministry of Infrastructure Development, Public Utilities, Energy, Transport & Implementation, Merina Jessamy, informed NOW Grenada that contractors officially started work on the Magistrate’s Court from today, Wednesday, 8 July 2020 after a site visit 2 weeks ago. The contract for the refurbishment of the Magistrate’s Court, traffic office and washroom at St John Street is said to be valued at $130,444.

NOW Grenada is not responsible for the opinions, statements or media content presented by contributors. In case of abuse, click here to report.
Tags: curlan campbellgrenada bar associationlisa taylormagistrate's courtmerina jessamy
Next Post

Drivers need to drive with due care and attention