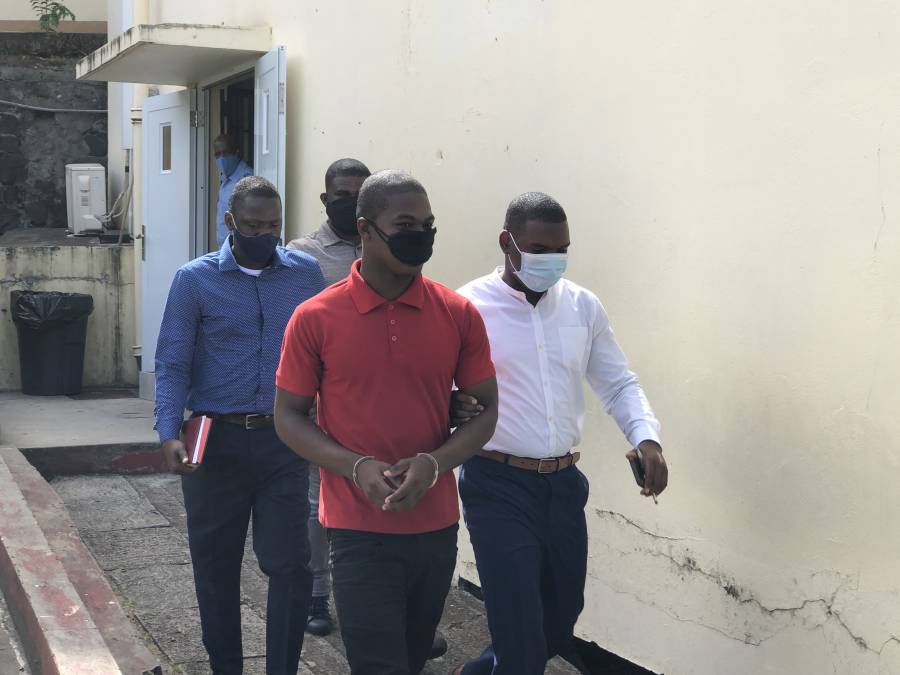 Andrew, who has 7 previous convictions for crimes of a similar nature stemming back to 2018, is accused of defrauding restaurant owner, Jian Ming Cao of $3,000. Jian Ming Cao, who goes by the name Ken Charles, reported that he was approached by the accused on Thursday, 25 June 2020, pretending to be an official of the Ministry of Health, asking that he pay the sum of money to receive a new licence in order to continue operating business in St George. Ming Cao stated that due to the professional manner in which he was approached, he offered to pay the sum of money instead of facing a much stiffer penalty of $10,000. Unbeknownst to him, he was defrauded by Andrew who has become infamous for his ability to manipulate the system. This was first brought to public attention when he pretended to be a police officer, for which he was reprimanded and discharged.

The 19-year-old of Loretto, St John, in February 2020 received a one year suspended sentence for violating the Health Practitioners Act, plus 100 hours of community service, has now been denied bail. With 2 indictable charges including defrauding an elderly woman of $250, Andrew was remanded to prison at Richmond Hill.

Attorney at Law, Jerry Edwin, who is representing Andrew, asked for full disclosure but was unsuccessful in attaining bail for his client. The prosecution objected to bail since there is a likelihood that the accused will re-offend based on his track record. Edwin stated before the Magistrate Court that people accused of much more heinous crimes have been granted bail in past and that based on the prosecution’s argument of the likelihood of the accused to re-offend while on bail, then on that premise, bail should be denied for everyone.

The prosecution’s argument was accepted by Acting Chief Magistrate, Teddy St Louis, and was further strengthened by Andrew’s probation officer who stated that he displayed a manipulative attitude during his suspended sentence. A Preliminary Inquiry (PI) is now sought after by the court during which Andrew will be on remand. St Louis has asked the preliminary inquiry be represented by 20 July 2020. Prior to this new charge, Andrew was ordered to undergo a psychiatric evaluation by Clinical Psychologist, Dr Augustine Panchoo. The evaluation revealed an antisocial personality disorder, a mental condition in which a person has a long-term pattern of manipulating, exploiting, or violating the rights of others without any remorse.