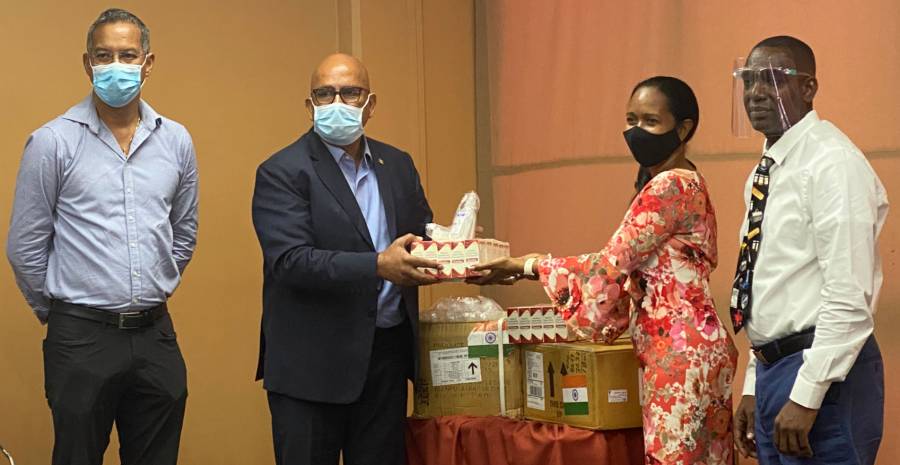 This story was posted 2 years ago
in Health, Politics, PRESS RELEASE
2 min. read

The gifts were virtually presented by the High Commission of India for Trinidad and Tobago, HE Arun Kumar Sahu, on behalf of the Government of India via Zoom with a ceremonial handing over by Honorary Consul of India to Grenada, Shadel Nyack Compton.

High Commissioner Sahu said that the Government of India was pleased to keep their commitment to provide medical supplies to Grenada. He commented on the long relationship between the 2 countries, saying that it was one that is built on mutual respect and trust. He also thanked the Government of Grenada for their support to India and expressed the hope that Grenada and India will work even more closely with each other.

The donation was presented to the Minister of Foreign Affairs, the Honourable Peter David, who in turn passed the consignment to Minister of Health, the Honourable Nickolas Steele. Also, on the receiving committee was Dr Francis Martin, Permanent Secretary, Ministry of Health.

Hon. Minister David expressed deep gratitude to the Government and People of India for the very kind donation of medical supplies for use in the fight against Covid-19 and for all the other projects and programmes offered to Grenada over the years. He commented on the large Indian community in Grenada and the ongoing educational and cultural links shared between the 2 countries stating that he looked forward to working with India on agricultural and other joint programmes in the future. The Honourable Minister also made mention of the excellent relationship between the 2 nations and of his recent visit to India and the positive and ongoing discussion between Prime Minister Modi and Prime Minister Mitchell.

Minister of Health, Honourable Nickolas Steele, also thanked the Government of India noting that despite India’s own current challenges, they still were able to make this kind gesture. He also spoke of the importance of mitigating the risk of the virus and the value of shared knowledge between countries. The Honourable Minister offered thoughts and prayers, thanking India once again for their very much appreciated support.

Chairing the handing over ceremony, Anika Bain of the Ministry of Foreign Affairs spoke of the Government of India’s most welcome support and commitment over the years, their ongoing scholarships offered to Grenadians in the ITEC programme and the assorted construction projects they have funded. She stated that this kind gesture from the Indian Government would certainly help in our island’s battle against Covid-19. 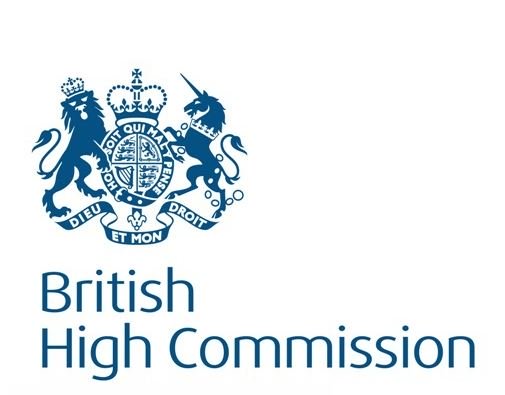