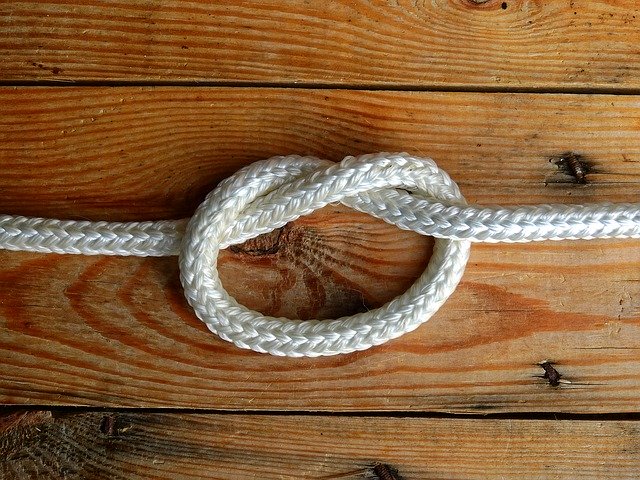 This story was posted 2 years ago
in OPINION/COMMENTARY
7 min. read

The government of Prime Minister Dr Keith Mitchell, who is also responsible for national security, alludes to loopholes and limitations in the pertinent legislations, including its enforcing mechanisms, that prevented the authority from taking immediate actions against the ‘open rebellion’ of the people regarding the parliamentary proclamation of the cancellation of carnival for the 10 and 11 August 2020, in the interest of public health and safety; https://www.youtube.com/watch?v=5dEYFk9xFoM.

Were the people determined to send a clear message calling for attention, and/or or were they prompted to rebel at whatever the cost? Were the people aware of the gaps and voids and limits of the government to act? Furthermore, were the people just naive and ignorant in releasing culturally their psychological depressions associated with the coronavirus (Covid-19) pandemic? (https://www.thenewtodaygrenada.com/local-news/the-jab-jab-resistance/?fbclid=IwAR2BAr_yiGAQnJt-odaTN374GkqcQof4tMffkUZ-QC7MXsRmvVib0VLpgB8)

What are the political implications of the episode which transpired?

In trying to come to terms with the defiance by the people to the appeal by the Commissioner of Police to desist from participating in any carnival-like celebrations (https://gov.gd/sites/default/files/docs/Documents/police-warns-against-carnival-like-activities.pdf), the government has being extremely shocked and regretful and amongst other reprimands, vowed to exorcise whatever demons which caused the people to behave the way that they did. Whilst some commentators point-out that the government provoked what happened by its ‘bias and uneven’ manner of dealing with the cancellation of carnival, others expected better judgement on the part of the people to act responsibly; https://www.nowgrenada.com/2020/08/we-must-condemn-all-acts-of-insubordination/.

The temperament, sentiment, potential and resolve of the young people in particular, may have been grossly underestimated. Critical for analysis however is the concern that the bold defiance is a symptom of the disrespect and distrust for the authority, a breakdown of law and order in the society, a testing and threatening of the national security, and the desperate need for equity and inclusiveness in governance.

It would be wise for the government to tone down its disappointment and disgust about the people who rebelled by revelling in the form of the traditional display of what has been branded and promoted as Grenada’s prominent culture, and to give the people some measure of credit and citation for activating its vein on the moral risk that the nation’s children and future are exposed to. The government seems to have been oblivious to the ugliness and ills of carnival displays and may have forgotten that the grave, the jail and the hospital were endorsed as 3 things which are not to be afraid of. It is particularly important for the Minister for Education and Religious Affairs to raise the loopholes and the limitations, and to seek the pertinent solutions and amendments, which relate to the “hidden curricula” by which children are also being taught everywhere outside of the classroom, when considering the extensive vulgarity and obscenity as well as the height of noise and tempo on public buses and at entertainment centres.

Are the ambassadors, icons and mentors in the musical (soca) realm freed from the reckless, unhealthy and distasteful lessons sent to children? It is indeed disingenuous of the government about the care, nurturing and protection of the young people, when an unregulated advertising and broadcasting industry, including social media, is acceptable. Moral and social problems must not be addressed haphazardly in a vacuum for narrow self-serving reasons; as the minister lambasts parents who as claimed, encouraged children to participate in the Jab Jab pageantry.

There would be many questions more than answers as to the real reason and full background for the government to allow what took place. Had the government any prior information on the staging of the civil rebelliousness, but chose not to take any preventative action especially in light of the protest-actions by the people 2 weeks before, against the intention to passed ‘swiftly and unexpectedly’ a controversial Covid-19 Control Bill described as unconstitutional and draconian? Is it a case of genuine deficiency, or of policy disagreement, or of political conspiracy on the part of the government? Does the episode set a new precedent for the government, especially in favour of culture and the economy, when dealing with lawlessness, immorality and devilish behaviour? Whatever is the case, the government failed in many respects and the excuse of ‘loopholes and limitations’ is an indictment regarding its law making and law enforcement processes, as well as a verdict regarding its good governance attitude.

Are loopholes characteristic of Grenada’s legal system and government transactions; and how has this been affecting the administration of justice, due diligence, and the general wellbeing and sovereign faculty of the nation?

The lawmaking process is technically guided by the Ministry of Legal Affairs and the office of Attorney-General; and law enforcement is within the scope of the Director of Public Prosecutions and the Royal Grenada Police Force. Those official entities would be responsible generally for the context, content, coordination and care of all laws and as the prime minister intimated in May 2019, they can make or break a government (‘a nation’). Dr Mitchell has repeatedly shared his concern about the corrupt practices across government by public officers, and at the occasion in 2019 he blamed inappropriate staffing at the ministry for the number of lawsuits that have been ruled against the government (‘at great financial burden on the nation’) and promised that much-needed improvements would be made to enable greater efficiency in the functioning of the legal system. Unfortunately though, the facts may revealed that most of those lawsuits have been carelessly caused and/or maliciously pursued by the government under Mitchell, despite been advised on the contrary. Are conmen and crooks attracted to Grenada knowing fully of the loopholes and limitations which typifies its legal system and to the extent that lawsuits, even at the international trade level would be to their win? Does Grenada continue to be vulnerable for been ripped-off and mortgaged by way of its project investment programmes such as the Citizenship By Investment and Public Private Partnership?

It could be argued that the government is no stranger to instituting laws and agencies and committees which are toothless and meaningless, due to ambiguities and/or inadequacies in the statutory provisions, including having no operational and punitive regulations as well as no institutional establishment of personnel and gear. The presence of loopholes and limitations has been causing much bewilderment, frustration and misery for Grenadians; accountability and justice from every quarter (public, private, religious and others) elude the ordinary people. Talks and efforts about legal reforms and constitutional reforms have been merely political rhetoric and machinations and window-dressing.

Development drives and investment projects are undertaken without the strict application and observance of appropriate legislative framework and best practices, at the expense of destroying and gambling the archaeological and environmental treasures and other patrimonial resources of the nation. Public officials including executives of state-owned institutions seem to be acting with impunity, alleged acts of corruption cannot be brought to the court and judicial investigations are in limbo; all this lends to rampant abuse of the constitution and malfeasance in governance (https://www.thebarnaclenews.com/could-grenadas-democracy-be-saved/?)

In fact; the constitution seems to have provided the opening for dishonourable conduct by parliamentarians; Section 50 declaring that parliament may regulate its own procedure and may in particular make rules for the orderly conduct of its own proceedings, including provision for the powers, privileges and immunities of the committees and the members.

The leniency and leisure which loopholes and limitations promote for a certain sector of the society may be best illustrated with an understanding of the National Insurance Act which provides for the establishment and operation of the National Insurance Scheme (NIS), in conjunction with the understanding of the sad realities which the ordinary working class is forced to face as proven by the Covid-19 pandemic; recall the article “Grenadians Should Protest Increase In NIS Contribution”. Is the Act (Chapter 205 of the Revised Laws of Grenada) impotent or that the institutional independence of the NIS has been dictated and overridden by the government? Particularly, why should workers and pensioners of ‘low socio-economic stratum’ suffer loss because of negligence and incapability of NIS, as well as the negligence and fraud by employers but who are privileged to secure reprieve?

Whilst it would be agreed that Grenada’s public health and safety is being threatened because of loopholes and limitations in the pertinent legislative provisions, it must also be accepted that its democracy has being under serious threat especially when considering the tremendous loopholes and limitations regarding the execution of the Representation of the People Act which does not afford for ‘free and fair’ elections. Widespread discontent, protest and defiance against the government would be tested and validated at general elections, but an unreliable and unrewarding process could urge events as which had led to the 13 March 1979 People’s Revolution.

It cannot be overstated that ambiguity, defect or silence in law on any issue, including administrative procedures, is a gap or licence to perpetuate abuses and crimes and injustice. It is atrocious for politicians to exploit ‘serious’ loopholes and shortcomings in the national laws and systems to their aggrandisement and pomposity, at the expense of the nation’s welfare and image; and particularly for them to engross in elections fraud, aware that judicial review is tedious and quite futile. Review the previously internet-circulated articles “Could Grenada’s 2018 Voting be declared unethical and illegal?” and “Grenada’s Voting process setting for more controversies and contempt”.

NOW Grenada is not responsible for the opinions, statements or media content presented by contributors. In case of abuse, click here to report.
Tags: constitutioncoronaviruscovid-19j k robertslegislationloopholesvoting
Next Post

Approximately 3% of population tested for Covid-19