This story was posted 1 year ago
in Politics, PRESS RELEASE
5 min. read

This is a period of unprecedented crisis, when our people need hope and inspiring, positive leadership as we face an uncertain future.

The National Address delivered by Dr the Rt Hon. Keith Mitchell on 17 August 2020 failed to do that. It was of the same old mould – business as usual. The address was uninspiring, lacked vision, and was completely out of touch with our reality. Most unsettling, it failed to bring hope and positivity to the people. Instead, it carried a chastising in tone.

We hoped the address would set priorities, give encouragement to a population fearful of what is to come next, and show empathy and compassion for our children and youth. We anticipated a declaration of assistance for the senior and vulnerable citizens among us, who gave their all for this nation.

PM Mitchell seems obsessed with the reality of his own dwindling popularity and negative legacy. While things look grim for most in Grenada, with him admitting that revenues have dropped by over 40%, he continued to barrel down the road of his failed tourism strategy. It doesn’t matter that his failure to diversify our economy has left us on the brink of ruin. Announcing even more hotels to add to those already lying empty in this pandemic and for the foreseeable future, the Prime Minister seems to have totally lost touch with ordinary Grenadians and given up on his oath to provide leadership to our people.

The speech was ambitiously peppered with Mitchell’s usual pie in the sky promises, most of which we know will not materialise. He made no mention of the importance of agriculture to our nation’s economy and the urgent need to expand and diversity that sector. Nothing was mentioned of food security or about improving our quality of life post Covid-19. The speech had no concrete plans for how our agricultural and fishing sectors, the lifeblood of many Grenadian families, would be revived and bolstered. We recognise that tourism is one of the main pillars of the economy, but it must not be the only pillar. The Prime Minister seems not to understand this. He is clearly prepared to continue with business as usual in a vastly changed world.

An NDC administration will place make food security a top priority. We will create a land bank so that idle lands can be put to work and lands that are already at work can see increased production. We will also ensure the establishment of at least 2 agro-processing plants in rural Grenada, so that we do not just export raw materials, but manufactured products too. We will marry agriculture with modern technology so that more of our young people will be attracted to that industry.

While he announced millions of dollars to be invested in large-scale tourism projects that according to him, is expected to spur economic growth in the rural areas, the Prime Minister failed to address how the delicate balance required between these mega projects and protection of our fragile environment will be struck. Time and again, we witness the degradation of our fragile eco-system in the name of mega projects which for the most part, do not materialise, while our environment is left devastated.

The NDC promises to put an end to such reckless, visionless management of our fragile environment and limited land space. As has been done in many other small island states, an NDC administration will work to strike a balance between continuing to enhance our tourism product, and preserving our environment. Our focus will be on eco-tourism as opposed to the concrete jungles Dr Mitchell, as Minister with responsibility for Physical Planning, is allowing to be built all over Grenada.

Dr Mitchell spoke of millions of dollars to be raised in loan and grant funding, but failed to disclose the source of those funds. At the same time, he spoke of the dramatic reduction in revenues. The question then is, if we have declining revenues, where is the money to come from to repay these loans? Are we going to further burden our people with more taxes, or are we going to find creative ways to boost economic activity? He made absolutely no mention of ICT, which globally, has been the fastest growing source of economic activity, more so, since the pandemic.

In the address, Dr Mitchell lamented the breakdown of law and order in our society. However, he failed to acknowledge that while the majority of our people are law abiding and responsible, he has set the worst example as one of the main architects of this lawlessness in Grenada. He consistently flouts the rulings of our courts and our constitution. Rather than promoting national unity, he presides over 2 separate and but unequal Grenadas, where different rules apply to different people.

None of the root causes of this lawlessness was addressed. The Prime Minister took no responsibility. He is viewing the problem as separate from his long legacy of recklessness and lawlessness in office. He declined to explicitly offer any corrective measures that could be taken to alleviate these problems. These corrective measures can include simple but significant steps as obeying the law by paying good citizens like Dorset Charles and Gemma Bain-Thomas.

Our people have been extremely cooperative with the authorities in the fight against Covid-19. The NDC congratulates all our people for their display of discipline. Unfortunately, the Prime Minister chastised Grenadians for an inept response to the Covid-19 pandemic, while at the same time he called for a unified approach to mitigate the spread and impacts of the coronavirus. These calls ring hollow and disingenuous when it is clear, that there are 2 standards in our country. One where some, including his ministers, can flout the law and protocols, and another where ordinary citizens are harassed and fined for not obeying. We in the NDC offer an equal and fair Grenada where the law and rules apply equally for all and where you advance based on merit, not links.

The NDC commends the youth of our country who have been forcefully adding their voices amidst the flourishing dictatorship of Dr Mitchell. The NDC thanks the youth for joining with us and other organisations in condemning the oppressive Covid-19 Bill. Perhaps, the Prime Minister now sees our young people as the enemy. There was no kind or encouraging words for them. The issues of what educating our students might look like in September or whether the Ministry of Education is equipped to facilitate a safe return to the classroom or remote learning remain unaddressed.

No effort was made to rebuild trust, garner respect, and restore hope in his governance. Instead of standing with the people during these challenging times, he seemed more concerned about how he can escape, dedicating much of the speech, to what he called, succession planning. Mitchell is planning his exit while we are in crisis!

After that poor performance, many, including we in the NDC were left saying, “We are better than this. We can do better than this.” The NDC offers better. That is because we always put you the people of Grenada first. We, therefore, invite patriotic Grenadians of all walks of life to join hearts and hands with us on this journey to rescue our beloved Grenada. Better days are coming.

NOW Grenada is not responsible for the opinions, statements or media content presented by contributors. In case of abuse, click here to report.
Tags: agriculturecoronaviruscovid-19national addressndcpandemictourism
Next Post 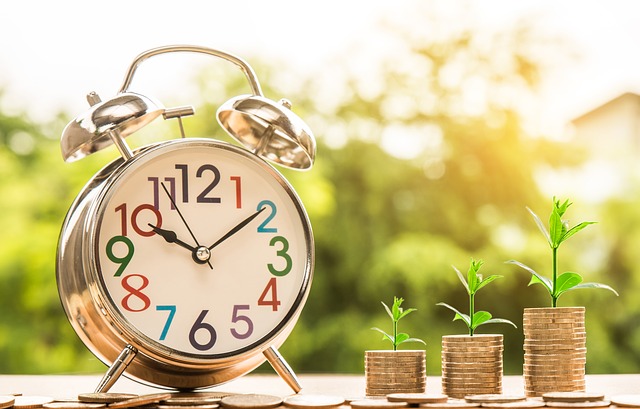