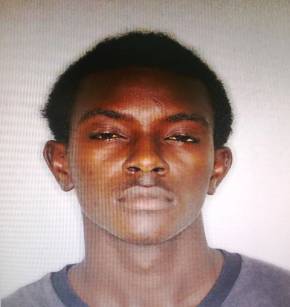 Wanted man, Nigel Clyne, has been arrested and charged for causing Harm and Illegal Possession of Firearm and Ammunition.

Clyne was apprehended on Friday, 21 August 2020, in the village of Caruth, St Andrew, mere hours after a wanted man bulletin was issued for him.

He appeared at the Grenville Magistrate’s Court on Monday, 24 August 2020, where he was remanded on the charge of Causing Harm to reappear in Court on 5 October 2020.

On the charges of Possession of Firearm and Ammunition he was sentenced to 6 months at Her Majesty’s Prisons.

The Royal Grenada Police Force thanks the media and the general public for their assistance.

NOW Grenada is not responsible for the opinions, statements or media content presented by contributors. In case of abuse, click here to report.
Tags: ammunitionfirearmnigel clynepolicewanted man
Next Post