This story was posted 1 year ago
in Lifestyle, PRESS RELEASE
3 min. read

The selection of the new grantees is the result of a highly spirited and inclusive process launched in March 2020 by Canada’s partners, the Equality Fund and Astraea Lesbian Foundation for Justice, with the support of feminist leaders from across the Caribbean. Over 70 applications from women’s organisations were received. The selected grantees are from 8 countries in the Caribbean – Antigua and Barbuda, Belize, Dominica, Grenada, Jamaica, Guyana, Saint Lucia, and Suriname – and will be awarded a total of CAD$1,174,058 over the next 3 years.

The Women’s Voice and Leadership – Caribbean initiative supports grassroots organisations that advance women’s rights in the Caribbean region, particularly those working with vulnerable and marginalised women and girls, including LBTIQ communities. Canada’s assistance will improve the capacity of women’s rights organisations to deliver programmes, promote women’s rights, and advocate for changes in laws, attitudes and behaviours to advance gender equality and women’s empowerment in the region.

9 women’s rights organisations were selected in the Eastern Caribbean: 3 in Antigua and Barbuda, 1 in Dominica, 1 in Grenada, and 4 in St Lucia. In Antigua and Barbuda, grantees include: the Caribbean Institute for Women in Leadership (CIWIL); Integrated Health Outreach; and Intersect. The Dominica Planned Parenthood Association in Dominica and Sweet Water Foundation in Grenada will also be supported. In St Lucia, grantees include: Helen’s Daughters; Girls of a Feather; Raise Your Voice St. Lucia; and LEZ Connect.

“Through these grants, we will be able to actively pursue gender equality and the empowerment of women and girls in the most practical way possible. The organisations whose work Canada will support know exactly the realities on the ground for women and girls and how to achieve change. The Women’s Voice and Leadership – Caribbean initiative is an example of Canada’s firm commitment to strengthening women’s organisations as fundamental players in realising women’s empowerment and in promoting and protecting their human rights,” said Marie Legault, High Commissioner of Canada in Barbados and the Eastern Caribbean.

In congratulating the grantees, the implementing partners of the project said, “We are honoured to be working with each of these 27 organisations that are leading the advancement of women’s and LBTIQ rights and gender equality in the Caribbean,” said Jessica Tomlin, Co-CEO, Equality Fund.

“Women’s Voice and Leadership – Caribbean provides a unique opportunity to support the Caribbean feminist movement through grant-making, networking and alliance-building, and capacity-building. WVL-Caribbean is thrilled to be supporting such a diverse mix of organisations from around the region that represent the heart of Caribbean feminism,” said Amina Doherty, Director, Women’s Voice and Leadership – Caribbean, Equality Fund.

“Astraea is excited to partner with the Equality Fund and Canada as it presents a unique opportunity for us to deepen support of LBTIQ organisations in the region, while engaging in a thoughtful approach guided by our shared Feminist Funding Principles and practices,” said Kerry-Jo Ford Lyn, Director, Global Human Rights Initiative, Astraea Lesbian Foundation for Justice. 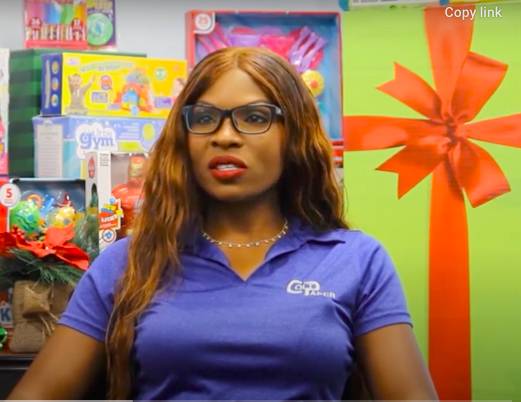