This story was posted 1 year ago
in Politics, PRESS RELEASE
5 min. read

In our system of government, the Prime Minister may reshuffle the Cabinet at any time for improved efficiency and performance in the administration of public affairs.

The reshuffle announced on Sunday night had more to do with the deteriorating conditions within the NNP than with improving efficiency in government. It was not designed to allow government to become more efficient in handling the affairs of the state. A number of the changes made expose that the true motive behind the reshuffle was to give the Prime Minister more room to tighten his dictatorial grip while at the same time, abandoning his main responsibility to the people of Grenada – economic security.

The Prime Minister traded the all important portfolio of Minister of Finance, Planning and Economic Development for adding Youth Development to his areas of responsibility. Since 2013, and up to the start of the Covid-19 pandemic, the Prime Minister boasted of his prudent management of the economy and the surpluses amassed. We now know that those surpluses did not exist, because even the 3-month relief package announced in early April, has not been delivered almost 6 months later. Now that our fiscal reality has been laid bare, the Prime Minister is running for cover.

The Prime Minister’s assumption of the Youth Development portfolio is indeed very telling. He said that part of the reason for the reshuffle was “facilitating personal growth and development and allowing Ministers to become more versatile by managing different portfolios”. Rather than putting his words into action by giving one of the younger members of his team the chance to be the lead Minister in Youth Development, the Prime Minister showed a lack of trust and confidence in them by taking the portfolio himself. To compound matters, he gave another elder, Yolande Bain-Horsford, the portfolios of Sports, Culture and the Arts. All of these areas are centred around youth, yet, they are given to a senior loyalist.

The real reason why the Prime Minister shared the youth-related portfolios with one of his loyal servants is because he wants to wrest control of his party’s waning credibility and smother the growing youth resistance in the country. The NDC is heartened by the increased interest and involvement of our young people in recent months. With the youth department now under the Prime Minister’s control, vocal young people can expect to be singled out to be either neutralised or victimised. We urge our young, talented Grenadians to stand firm in your struggle to save Grenada.

Keeping within his ministry the portfolios of Needy Assistance, Uniform Allowance and Special Projects instead of placing them with the ministries where they belong, also exposes the Prime Minister’s desperate need to keep the vulnerable among us directly under his control. None of this points to a genuine desire for improved performance and efficiency in managing public affairs.

Former Minister of Infrastructure Development, Public Utilities, Energy, Transport and Implementation, Gregory Bowen, will now be Minister of Finance, Physical and Economic Development while retaining Energy and Public Utilities. Moving to the Ministry of Finance at this critical time when we are experiencing a sharp drop in revenues, mounting national debt and high unemployment, is not the only challenge the new minister will face. Dr Mitchell left the ministry with staff morale very low, as it has seen 7 Permanent Secretaries in less than 3 years and an exodus of a number of senior and experienced staff. Bowen, who himself has a legacy of mismanagement, is inheriting a finance ministry in a poor state. For the sake of Grenada, we hope that Bowen will perform above expectations.

With Peter David reassigned as Minister of Agriculture, Lands, Forestry, a move that many see as a demotion, we in the NDC hope that he will fully embrace the role so that the sector can take its rightful place as one of the transformational pillars of our economy. In this regard, we wish him well.

The reasons given for the reshuffle are the identical reasons given when a reshuffle was undertaken in 2016. It suggests that even as the world has changed in the face of the pandemic, the outlook of the NNP administration remains the same. There were no changes announced that suggest a shift in focus. Despite this, NDC welcomes the separation of Hospital Services from the Ministry of Health, and we look forward to the implementation of the long-awaited statutory authority for hospital services, legislation for which was drafted years ago by the NDC.

In the face of our new normal, the NDC would have welcomed the announcement of a new Ministry of Agriculture & Agri-Business.

We would have welcomed an expansion of the Ministry of Health to include a Department of Wellness. We believe that wellness is an integral aspect of healthcare as it focuses on healthy living rather than caring for the sick. We recognised this as one of the transformational pillars of the economy since 2013, and it has now come into even sharper focus.

It is not enough to say that reallocating ministerial portfolios will bring about greater efficiency in government. The reallocations must be visionary, not expedient or self-serving. Our country’s leadership must demonstrate a commitment to the principles of good governance, respect for institutions, equal opportunities for all regardless of political affiliation and sustainable development. The congratulatory flyers that were circulated after the address spoke volumes. The prominence of the NNP party symbol on them sent a clear message that it will be business as usual, where NNP look after the interests of their hardcore supporters and cronies and not of all the people of Grenada. 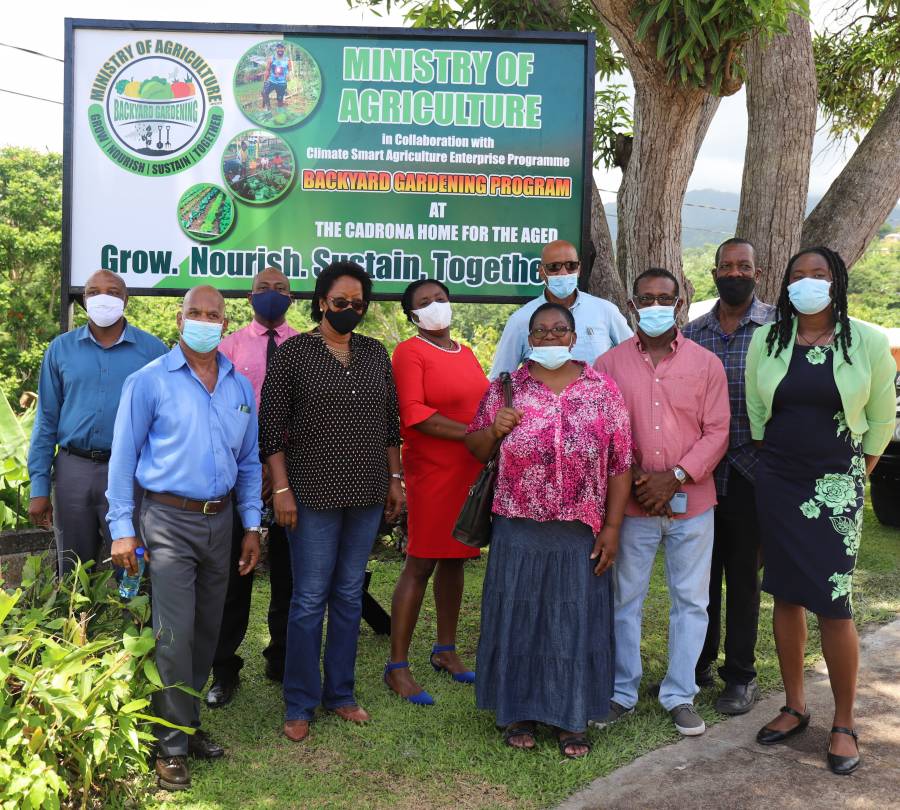