This story was posted 7 months ago
in Football, PRESS RELEASE, Sports
2 min. read 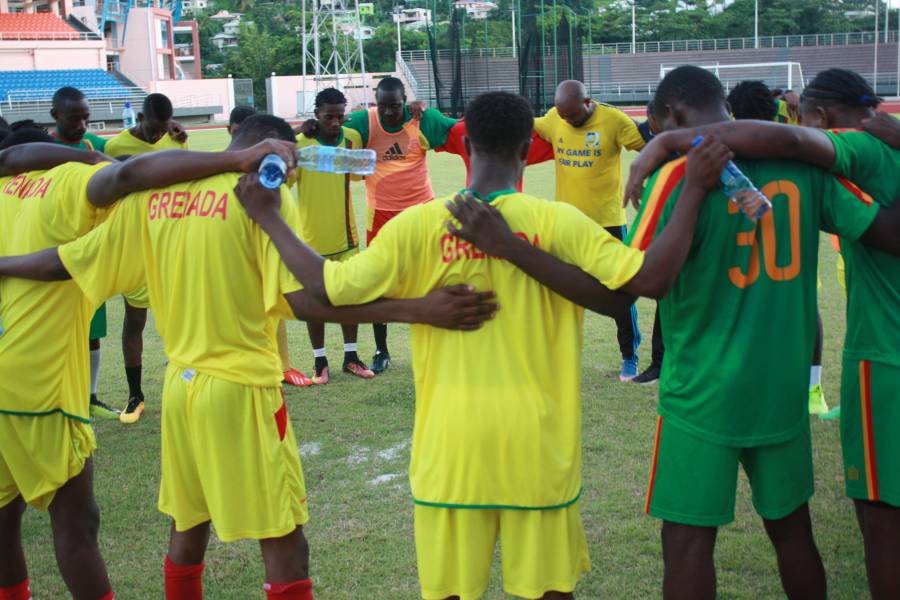 The Senior Men National team will remain in training despite the postponement of the Concacaf Qualifiers for the FIFA World Cup Qatar 2022.

That is according to the Grenada Football Association (GFA) Technical Director, Jerry Alexis. “We must keep ourselves in training. We are quite aware that the qualifiers are being suspended until next year. However, we decided we will continue with our training. It is very important to us that we remain focus and do not deviate from our plan,” Alexis stated.

The preliminary matches which were scheduled to be played during FIFA match window in October and November were called off because of the ongoing Covid-19 global pandemic. Concacaf made the announcement in a recent statement.

Grenada is drawn in Group A and was set to meet El Salvador on 8 October in an away game, before facing off against US Virgin Island a week later, 13 October, at the Kirani James Athletes Stadium. In November, they were scheduled to face Antigua and Barbuda away on 13 November, rounding off Round One 4 days later at home against Montserrat on 17 November.

All matches will now be played during FIFA’s match window in March 2021 and the new schedule will be released in due course.

Aware the team was looking forward to playing football again after all sporting events were suspended in March when the country went on lockdown, GFA’s Technical Director said the safety of the players will always be put first working in this new Covid-19 environment. He noted that the Spice Boyz team will continue to work hard to continue with its success coming out of the Concacaf Nations league (CNL) matches.

“We would use the extra time to continue with our preparation, this gives us some more time to develop some of the younger players,” he concluded.