This story was posted 2 years ago
in Lifestyle, OPINION/COMMENTARY, Youth
4 min. read

Although the word “Enforcement” is internationally known to be synonymous with policing, members of the Royal Grenada Police Force broke that perception for the last 3 weeks, replacing “Enforcement” with “Encouragement” and making a powerful positive impact on the lives of the teen campers of the STAR Intervention Programme (SIP) camp in Morne Longue, St Andrew.

As Programme Administrator and Co-ordinator of this initiative, I was given a team of individuals who seemed to share a common concern for the empowerment of high school boys who are at-risk with dropping out and who showed an inclination to anti-social behaviour. Among my team was Inspector Kenneth Bascombe of the Royal Grenada Police Force, whose primary function was to co-ordinate the security aspect of our programme, ensuring our students and staff were safe.

To build trust, connection and a working relationship between staff and the 12 young men from Grenville Secondary School who were the first registrants of the SIP initiative, a 3-week live-in camp was conducted from 7-25 September 2020, in the scenic mountain resort village of Morne Longue, St. Andrew. Although I wasn’t too familiar with that community and had not been there since leaving Grenada 37 years ago, I felt confident and safe in the company of my new friend and colleague Inspector Bascombe a quiet, disciplined professional with an infectious smile.

Along with Inspector Bascombe was his colleague another mild mannered professional from the RGPF, Sergeant Aaron Thomas. These gentlemen embraced our mantra of “Encouragement above Enforcement” and played a critical role in light-handedly keeping discipline and security of our young men while complimenting and encouraging good behaviour. But who can forget the chef role played by Sergeant Thomas on the first day when the assigned cook was engaged somewhere else and he got behind the stove and cooked a pelau that cannot be forgotten? By the way, as a Christian professional, he also added the spiritual food to the menu as he frequently did the morning devotions before class.

As the days went by, it seemed as if the RGPF handpicked the officers that would augment the services of Inspector Bascombe and Sergeant Thomas. This group of officers included Constable 461 Laurie Williams, RC Antonio “Pitbull” Charles, Constable 221 Charles, Constable 716 Akin Augustine and Constable 447 Dwight Williams, who provided security in our sleeping quarters and camp in general, along with WPC 55 Coutain and WPC 314 Augustine who accompanied our campers on their island tour.

There is no doubt that with young men coming from rival communities, different backgrounds and experiences, the air was sometime thick with confrontations, disrespect and obscenity, but these law men and women focused on the mission of ‘Encouragement above Enforcement” thus turning what could have been charges, into changes!

Although all our police officers showed unbelievable commitment to our change process, I must mention the devotion and deep commitment of PC 461 Laurie Williams. As a matter of fact, he knew that he would face a stiff challenge with the campers since he had responded several times to their high school to hold them accountable for their actions, but he was undaunted in his approach and soon gained their confidence and trust. Officer Laurie, as he was affectionately referred to, developed a daily routine of playing high impact inspirational speeches for our boys and leading them into thought-provoking discussions before leading them into heart throbbing prayers.

I watched one morning as Officer Laurie encouraged and pleaded with our boys to give God a try in their lives, then with his eyes closed the young officer laid his hands on every boy, praying earnestly that God would change their lives and make them into respectful and responsible men. I listened in awe, witnessing a major paradigm shift! The hands that are usually laid on a young man to arrest, subdue and enforce were now laid in tenderness, care and encouragement!!

I stood there with my eyelids heavy with tears and quickly wiped them away attempting to hide my emotions and regain my composure before the prayer concluded and eyes were opened again.

That experience changed my life! And despite my partnership with police forces around the world to reduce crime and violence, I immediately felt a strong kinship with my hometown officers of the RGPF and knew that Officer 461 Laurie Williams had also touched a golden chord in the hearts of our boys that day as he lived out our mantra of “Encouragement above Enforcement.”

“Hats Off” to RGPF — our partner in crime reduction!!

Neals J Chitan holds a doctorate in Social and Behavioural Sciences and is the Grenadian-born president of Motiv-8 For Change International — a Toronto based High Impact Social Skill Agency that is specially dedicated to the social empowerment of individuals, families and communities. He can be reached regionally at 473-416-8377 and from North America 647-692-6330 or email: [email protected] 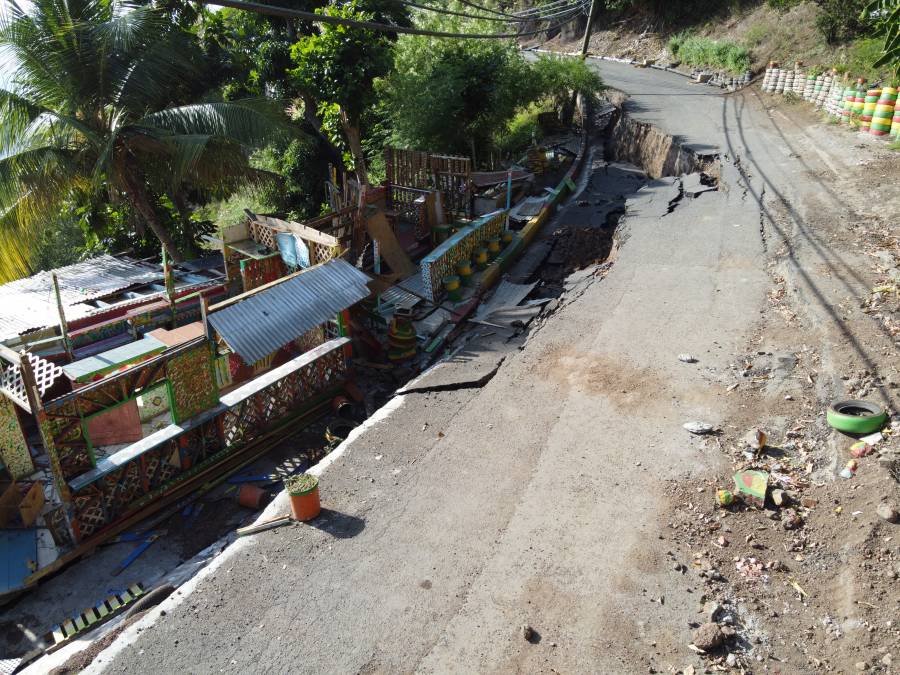