This story was posted 2 years ago
in Business, OPINION/COMMENTARY, Politics
6 min. read

Black populations in the Caribbean have had a 400-year experience — 400 years beginning with enslavement under brutal dehumanizing conditions by Europeans in plantation-based economies, followed through by colonialism. The evolution of which has been deliberate, systematic, and shrewdly evolving; all for the economic exploitation of one race of people for the benefit of another.

Economics remains at the core of this 400-year experience. The entire system was created to extract resources from plantation economies to facilitate global commerce for the enrichment of Europeans. This stolen inter-generational wealth resource underwrote the future imperial and colonial aspirations of Europeans. The European Renaissance period, for example, would never have happened without the economic engine of slavery to finance it! The vast resource extraction drove trade, commerce, and new industries on a global scale. Creating wealthy European families in the process, allowing them to spend lavishly on science, engineering, the commissioning of great works of art, luxury, architecture, and more. European expansion in its formative years was underwritten and derived from the exploitation of free African labour. It is not very difficult to generate great profits and form industries when your resources, material, and labour are free, supported, and facilitated by the state and the associated churches.

Through this system of economic exploitation, raw materials like sugar, molasses, rum, tobacco, cotton, gold and metals, spices, hardwood, rice, and more. Saw the taking of those free raw materials, transported to Europe to be manufactured into goods for sale; creating commerce, global trade, and industry. Enormously wealthy European families were then formed from that commerce, and the foundations of inter-generational wealth transfers were established for Europeans.

George Bernard Shaw once said, “if history repeats itself, and the unexpected always happens, how incapable must Man be of learning from experience.”

Today with Beijing’s scramble for Africa and the Caribbean, history is repeating, and local populations are once again being left behind. The Chinese Belt and Road Initiative (BRI), is a clear attempt at geopolitical conquest, and poor countries are being sucked in all over again. Countries in the regions of Southeast Asia, Africa, Latin America, and the Caribbean are being lured into the debt trap cheap Chinese money.

How slavery and colonialism had fuelled European economic expansion; neocolonialism is now the preferred method for Chinese global expansion. Raw materials like aluminum, steel, minerals, fossil fuels, agricultural commodities…are all needed to build China at home, (just as it did with Europe) to fuel manufactured products for export and commerce. Like the European colonizers, China extracts resources and sends them to Chinese factories, importing back cheap and low-quality finished goods, undermining local African manufacturers, for example, who end up unable to compete. Additionally, that trade and commerce create massive wealth for the Chinese, so, what’s the big difference between European colonialism and Chinese neocolonialism? Not much, same playbook!

According to the article in NewAfrican: Viewpoint: Why we should be aware of China’s ‘new colonialism,’ by African businessman Benedict Peters. We are now “slowly awakening to the growing menace of China’s plans for economic supremacy. In Africa, it is clear that China’s campaign of foreign investment is a new form of colonialism.” Writes Benedict Peters.

In the article “Belt and Road: colonialism with Chinese characteristics” author Anthony Kleven points out that “while China’s tens of billions of investments and loans are greedily gobbled up by cash-starved African states, they are not as bereft of strings as is often claimed. The BRI is trapping numerous countries in unsustainable levels of debt.” One of the many examples he gives is where China has set its sights on Guinea’s bauxite reserves, one of the world’s largest. China needs such a resource to keep its Chinese aluminum industry running. China has promised Guinea loans twice the size of its GDP—and so, an abundance of related Chinese companies has now taken control of Guinea’s bauxite reserves.

In the recent article titled: China’s Opaque Caribbean Trail: Dreams, Deal, and Debt by Caribbean Investigative Journal Network (CIJN.) The piece is filled with many examples of the Chinese debt-trap strategy. For Caribbean countries, one of the most visible, expansive, and expensive forms of Beijing’s engagement with the region is its financing of large-scale infrastructure projects. The CIJN investigation unveiled a trail of official secrecy, questionable procurement processes, and the looming threat of potentially insurmountable debt. The Chinese playbook is the same everywhere—huge hotel projects, highways, agriculture projects, even building a Prime Ministers fancy new house. According to CIJN, “China’s Caribbean portfolio is extensive. It includes highways and bridges, housing, energy, mining, air and seaports, tourism projects, hospitals, and even official residences, forming a part of that country’s strategic thrust into Latin American and the Caribbean.”

The investigating team uncovered, that in most cases, the precise terms of agreements are not routinely publicized, the procurement processes and concessions are a mystery. The Chinese often end up with all the labour contracts, and their labour practices lack adherence to any type of building code and other health and safety standards.

A 2012 independent forensic audit of the Jamaica Development Infrastructure Programme (JDIP) and the Palisadoes Shoreline Protection, and Rehabilitation Works Project concluded there was “non-adherence to allocations approved by Parliament and the Ministry of Finance. There was also the arbitrary issuance of Variation Orders and selection of sub-contractors along with the unprogrammed and arbitrary allocation of funds for institutional strengthening,” according to the audit document.

According to clause 13.3 of the contract ($630 million North-South Highway project signed with China Harbour Engineering Corporation (CHEC) on June 21, 2012):

“The Government shall unconditionally and irrevocably waive any right of immunity (to the fullest extent permitted by applicable law) which it or any of its assets now has or may acquire in the future in any jurisdiction.”

To add insult to injury, the highway deal, in a case study conducted by the Caribbean Development Bank (CDB,) found there was “no way costs could be recouped through toll payments.” Hence, China now said that since the investment couldn’t be recouped through toll payments, land adjacent to the highway should be given as compensation. Jamaica of course had already agreed to those terms in the clause. China, of course, enforced it and the Chinese company promptly brought in 1000+ workers from China to begin work on a commercial project—free land, no Jamaican worker participation, no contracts for Jamaican firms, no economic benefit to Jamaica.

In practical terms, this meant that the Jamaican state allowed China, in a case of a breach of contract by the Government of Jamaica, or actions that the Chinese have determined results in non-performance, would be actionable on Jamaica’s sovereignty. When contextualized, the clause essentially allows for the GOJ to forfeit any current or future owned assets to China, for debt recovery by seizure. A blatant neocolonialism play and encroachment on sovereignty.

NOW Grenada is not responsible for the opinions, statements or media content presented by contributors. In case of abuse, click here to report.
Tags: belt and road initiativebrichinacolonialismdebtinvestmentperry douglasthe inclusive agenda
Next Post 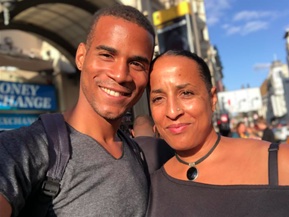