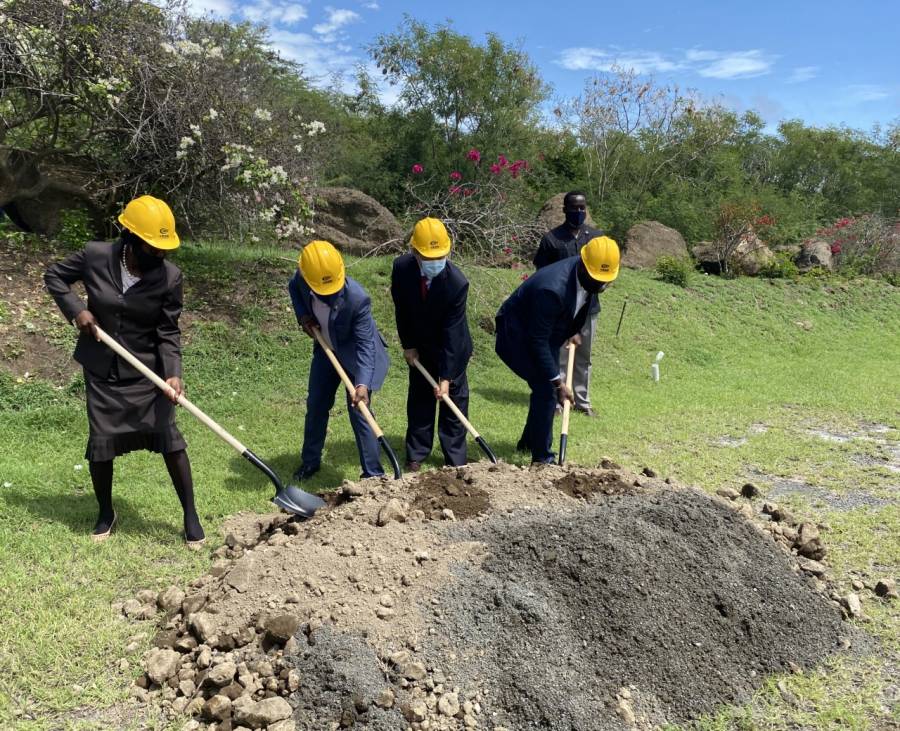 This story was posted 2 years ago
in Business, PRESS RELEASE, Travel/Tourism
3 min. read

Prime Minister, Dr the Right Honourable Keith Mitchell, says the upgrade and rehabilitation of the Maurice Bishop International Airport (MBIA) is critical to the further development of Grenada, particularly as the country seeks to position itself for the anticipated recovery in the tourism sector.

In the midst of the Covid-19 pandemic, questions have been asked about the timing of the project. At the ground-breaking ceremony for the project on Wednesday, Dr Mitchell said, “This is a necessary investment and the timing is right. The provision of the most modern and technologically advanced facility is crucial for the tourism industry specifically, and generally, for the economic growth and development of Grenada, Carriacou and Petite Martinique.”

The Prime Minister further stated that, “As a Government, we are duty-bound to provide safe, secure, efficient and world-class airport facilities and services that are consistent with international standards and which will in fact, support the economic development of our country. This is a responsibility we do not take lightly and it is in fact included in the mission statement of the Grenada Airports Authority.”

The Prime Minister cited the airport upgrade as a major project under the Public Sector Investment Programme, and noted too, that the country’s development thrusts must be spurred by a combination of public and private sector projects.

He said, “As we move forward, the growth of the country and its economy, is crucial for the provision of jobs and improving the lives of people. We are happy with the level of development we are seeing in both the public and private sectors and we expect to see some excellent opportunities for growth and development in 2021 and onwards.”

The airport upgrade and rehabilitation project is funded through a concessional loan from the People’s Republic of China, the first loan that Grenada has taken from China. The Prime Minister is confident that Grenada will be able to repay its loans and as such, there is no basis for the speculation that the airport will fall into China’s hands.

Dr Mitchell said, “The data shows that for the last 6 years, this Government has managed the country’s economy and fiscal affairs, most optimally, compared with any other Government, including past NNP governments. That is a fact, the data shows it and numbers don’t lie. We should have been far more worried in 2012 when the debt to GDP ratio was very high but now that ratio is just over 60%, therefore the additional loan is not a reason for concern.

Ambassador Zhao Yonchen of the People’s Republic of China also addressed this issue in his remarks and he too, expressed confidence that Grenada will be able to service its loan.

Minister for Infrastructure Development, Senator the Honourable Norland Cox outlined the general objectives of the rehabilitation project which include improving the landing and takeoff conditions for aircraft, lower airport operating costs for passengers and cargo and increased passenger comfort and convenience.

Tourism and Civil Aviation Minister, Honourable Clarice Modeste-Curwen, in her remarks, also underscored the importance of the airport upgrade project saying it is necessary for the maintenance of safety standards, the further development of tourism, and facilitating more efficient cargo operations.

Coincidentally, the ground-breaking ceremony for the airport upgrade project was held on the 36th anniversary of the official opening of the then Point Salines International Airport, later renamed in honour of the country’s revolutionary leader, Maurice Bishop.

NOW Grenada is not responsible for the opinions, statements or media content presented by contributors. In case of abuse, click here to report.
Tags: airport upgradecoronaviruscovid-19maurice bishopmaurice bishop international airportmbiapandemiczhao yonchen
Next Post