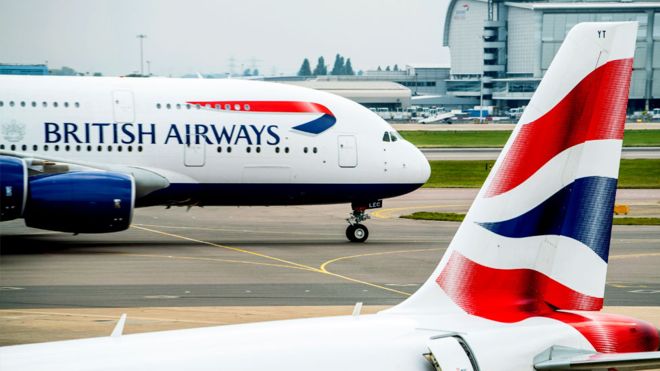 The management of Grenada’s only international airport has voluntarily downgraded the facility, due to the late arrival of supplies for the fire service to effectively combat a fire emergency of large aircraft as required by regulations.

Tourism Minister Clarice Modeste said that the aircraft specifically affected from landing at the Maurice Bishop International Airport (MBIA) is the British Airways carrier which was scheduled to make its return flight on 14 October since Grenada’s lockdown in March to commercial traffic as part of measures to control the spread of Covid-19. “British Airways was all booked to come, had a pretty good load, and then, based on the size of the plane you have to have certain materials so that if there is a fire you have to have enough foam to put out the fire and dry chemical which they call aggregates,” she said. “The airport had some of that in storage and when they tested it recently, they realised it was not satisfactory. While in storage it had deteriorated to some extent and could not be used, so they had to inform British Airways.”

“There has been a downgrading, but the downgrading is the airport’s; [they] did it themselves recognising that they did not have all of the substance in which [to put] out [an] unforeseen fire or so.” She explained the that new shipment is scheduled to arrive by 22 October 2020. “They thought it best to postpone the flight.” The Tourism Minister is encouraging persons who were scheduled to travel on the flight to explore the possibility of connecting in St Lucia or using a flight out of Barbados, for London.

On Tuesday morning, passengers booked to travel on both the incoming and outgoing flights received a message from the airline explaining the reason for the cancellation. “We wanted to keep you updated on the status of your flight from Grenada to London Gatwick,” said the message sent to a passenger who was scheduled to depart for London. “Due to operational circumstances outside of our control, your flight to London has been cancelled. The airport authority in Grenada has temporarily downgraded the fire and rescue coverage at the airport. This means we are unable to send any of our larger, long haul aircraft to Grenada, as the airport teams would not be able to respond in case of emergency,” said the message. “The aircraft will continue to operate as planned to depart from St Lucia. You can continue to travel from St Lucia to London Gatwick, although any travel from Grenada to St Lucia will be at your own cost. Alternatively, we can offer you a flight from Barbados to London Gatwick, although travel from Grenada to Barbados will be at your own cost,” the airline recommended.

Modeste said that the material was paid for about 2 months ago, and once it arrives the airport will be able to accommodate any BA flights. An official at the airport admits that the materials were delayed in delivery from the supplier because of closed borders at other locations which slowed the free flow of cargo traffic.