This story was posted 1 year ago
in Business, OPINION/COMMENTARY, Technology
8 min. read

Many People talk about the need for Black populations to close the economic “Wealth Gap.” But when pressed, most don’t have any real idea as to how. Why? Lack of real knowledge and critical thinking on the subject matter.

Getting to the real story of wealth creation before one seeks solutions would enhance the probability of future successful outcomes.

In 2020, the killing of George Floyd coupled with the activism of the Black Lives Matter movement, saw Black populations around the world become more conscious towards achieving racial equity. Economic growth is now seen as the most critical factor in socioeconomic progress; the most logical path forward towards closing the racial wealth gap.

However, a defined strategy for effective execution must be the forerunner. Politicians, policymakers, community activists, corporate executives, entrepreneurs and more, all have gotten into the solutions discussions. However, ideas not backed by data and relentless iteration are at a higher risk of failure. Therefore, scientifically formulated strategies for the most optimal results to very complex problems must be prioritised.

The challenges of the day didn’t just appear out of anywhere, it was created over time through entangled decision making and actions in an ever-evolving universe. Too often, however, when examining complex socio-economic problems, careful examinations of the related history is pushed aside for ill-considered and hastily prepared agendas and solutions. Nevertheless, the critical quantitative examination of the historical evidence still stands as the most prudent and reliable way forward.

In psychologist Daniel Kahneman’s Nobel prise-winning book, Thinking, Fast and Slow; two modes of thought are analysed: “System 1” which is fast, instinctive and emotional; and “System 2” which is slow, deliberative, and logical. Strategically, let’s just avoid “System 1” and move directly to “System 2,” and let the reliability of science and historical evidence shape our future decisioning.

The challenge in front of us today is two-fold. First, we need to adjust our mindset and understanding of the formidable mountain of 400 years of entrenched white supremacy culture, which has forged inequality and social injustice into the very fabric of our universe. Second, recognise that rigorous fact-based non-intuitive decisioning should be the most logical, proven and viable way forward, for effective, sustainable, and executable solutions.

The fallacy that continues to be pushed in relation to entrepreneurship and wealth creation, is that, the origins of wealth in the modern sense is a Western phenomenon, created by really smart, hard-working and enterprising white men. These men, based on intellect are seen as greatly advancing Western civilisation…celebrated for their brilliance, innovative and risk-taking in the advancement of free enterprise. The narrative goes on the say that these men introduced new ideas, products, and services into the marketplace, which led to trade and commerce in the creation of industry and wealth over time.

“Once upon a time, the world was full of unused resources. Clever businesspeople came along and found ways to add value to these resources by extracting them for use in industrial processes. Thanks to the invisible hand of unfettered markets (keep governments small enough to drown in a bathtub and only allow regulations that support the hoarding of wealth by holders of financial capital), this “value add” creates wealth in the form of rising GDP and the creation of jobs. All you have to do is let the wealth “trickle-down” from the super-rich as they pile up increasingly huge masses of money.” Joe Brewer, The REAL Story of Wealth Creation.

None of this is true of course! It didn’t even remotely happen that way.

Instead, the real story is one of a developed dominating white supremacy culture…lies, deceit, stolen economics in the development of a rigged hierarchical white supremacy system and culture. A system purposely built that kept certain groups of people at the top, in control of the natural and human resources from production to profit. While others remained at the bottom.

How poverty is created

It can be described the following way according to Brewer:

“Poverty is created when the political expression of an economic system (for production and allocation of material information) takes sources of wealth away from some people and transfers it into the hands of other people, often changing forms (like the conversion of mass to energy) along the way.”

The most concrete example of this can be found in 17th Century Britain.

The King had all the power, and along with all the other members of the aristocracy, the noble class owned most of the prime lands, the most important natural resource, containing an abundance of sustainable commodity-based resources, including fishing, hunting, gathering, and shelter. The land was the single most important source of wealth and prosperity; therefore, who controlled the land, controlled the wealth and access to it.

During that time, peasant farmers were forcibly removed from their land by the state, which they had previously existed on subsistence farming for generations. The aristocratic system directed wealth through this privileged hierarchical system. It had nothing to do with merit, hard work, or brilliance. Instead, it was through the complete power of the state/king that wealthy aristocrats and merchants. This group systematically began to privatise the land-based commons, kicking peasants off, or forcing them to rent the land in order to maintain their existence. This is of course how cities like London formed…as peasants with no land and resources moved into urban dwellings looking for work, forming the basis of modern poverty from an urban perspective.

The aristocracy created an impenetrable wealth creation engine and ecosystem, by privatising land ownership—keeping equity in the hands of the very few while passing down wealth and privilege inter-generationally. Even after democracy finally shunted aside hereditary lords, they still found new means to protect their extravagant riches. Of course, they believed that the hereditary principle meant entitlement, and of course, the parliamentary system of government still secured the system in several ways.

“Behind the beauty of the British aristocracy’s stately homes and the sometimes romantic and eventful lives they led, lies a darker story: a legacy of theft, violence, and unrepentant greed.” Chris Bryant, The Guardian.

From a historical perspective, the British aristocracy’s defining feature, as characterised by Bryant, was not of any noble aspirations to serve the common good, but a desperate singular desire for self-advancement and stolen riches. They stole land under the pretence of religion or reverence, in the early middle ages, they seized it by conquest, they expropriated, and they enclosed it for their private use under the pretence of efficiency and society. They then corruptly carved out industries, commerce, and trade for further self-enrichment.

The Trans-Atlantic Slave trade then was an extension of the aristocracy system in Britain. Slaves were simply seen as another economic resource of production, with the extraordinary production value, as a super-asset…via free labour. Slaves were in fact more valuable than gold because of their long-term economic production value. The white supremacy system developed to further expand and put the aristocratic class at the pinnacle of all society, and they “held on to it with a vice-like grip.” They continued to endlessly reinforce their own system…enforcing deference on others through ostentatious and exorbitant spending on palaces, clothing, and jewellery — great plantation houses in the Caribbean. They laid down a strict set of restrictive mobility traditions, rules, and laws for the rest of societies to follow, providing cover while they lived corruptly and immorally within the system they created.

Such a sense of entitlement allowed them to dominate land, natural resources, and human labour for industrial activity. With that hierarchical society system firmly in place, it unassailably allowed the system to continue, with the reinforcement of the church of course. It was able to convince people that this was not only moral and right, sanctioned by God!

“The secret to the survival of the old aristocracy through the centuries was the mystique of grandeur they cultivated. They dressed, decorated, and built to impress so that nobody dared question their right to rule. The secret of their modern existence is their sheer invisibility.” Chris Bryant.

Therefore, in lifting vial on the origins of wealth creation over the last 500 years or so, it also allows us to see, that the only thing truly special about the British aristocracy, was thievery, and its ability to pull off the big white supremacy lie, successfully, and for so very long.

The fundamental laws of quantum mechanics in physics can be borrowed for a moment or two, for illustration, and applied to our understanding of economic ecosystem dynamics. In its most innate dimensions. The natural environment of matter, including human matter, functions with natural frequencies and movements in relation to the environment. Within this natural ecosystem, energy is manifested towards extracting values from the surrounding natural resources. These energy forces begin to organise, creating various power structures that combine forces in the universe, organised to achieve certain favourable outcomes. This power then identifies other resources and objectives in relation to creating value from it.

Eventually, those with the most powerful accumulation of productive energy and capacity begin to send out more frequencies into the universe. Attracting other like-minded power sources. The power dynamics begin to form…expand, pretty soon this concentrated power creates an ecosystem. One that converges for the expressed and exclusive control of the most important information matrix, and knowledge systems of production. Barriers then begin to go up to protect their value. Divides between those with dynamic power and those without, take state, position or place and status in society, now begin to be framed. Opportunity and mobility now become a direct function of ‘birth-right.’

Information and knowledge systems are also privatised too, shifting the productivity curve way out of the reach of those not in the system. In time, this power group’s core function is to forward and maintain this socioeconomic construct. Maintain the order and exclusion by keeping others out of the productivity and profit loop.

Wealth essentially derives from productivity gains through leveraging of the natural world — the land, natural resources, human labour…into becoming commodities to be utilised toward value creation, along the supply chain. The entire process develops a foundation to leverage wealth creation for the controlling group. In other words, the origin of wealth is nature itself; monetised through the precise control of industrial activity and commercialised application.

NOW Grenada is not responsible for the opinions, statements or media content presented by contributors. In case of abuse, click here to report.
Tags: artificial intelligenceperry douglaspovertythe inclusive agendawealth creaton
Next Post 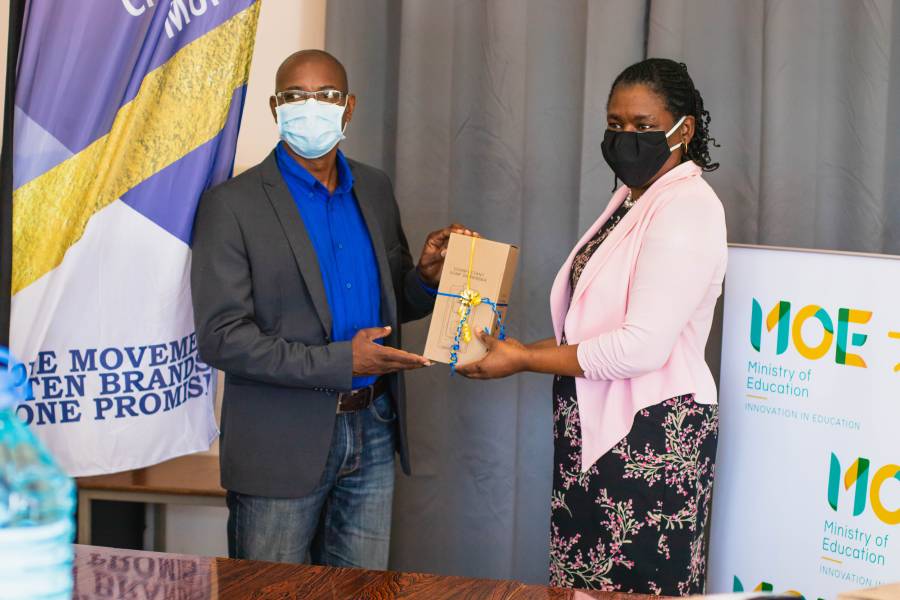