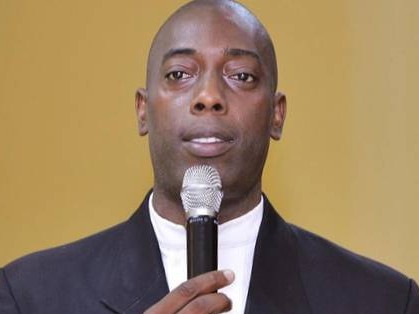 If Grenadians and others in the Caribbean are truly honest and forthright, they will admit that the events of October 1983 in Grenada have created pain and suffering up to this point in some of our lives.

It is, therefore the central thrust of this article, that helping Grenadians and Caribbean people, protecting our mental health and building resilience requires a reconciliation process.

In a very real and frontal way, this process must recognise the cause of our relational tension—whether of particular sinful actions during the October 1983 time, or failures to act or indeed indifference, for which we are personally responsible; or of historical or inherited factors that generate and perpetuate estrangement.

The events of October 1983 Grenada are too heavy to carry lightly. And Grenada as a project may be guilty of carrying on too lightly, while Grenadians and Caribbean people are still hurting, and in need of healing from these events.

Let us pause for a while to reflect on some harsh realities. During this period the world was experiencing a geopolitical crisis. The US was facing a political embarrassment, framed as a national security threat; the Grenada regime. The church was at odds with the People Revolutionary Government.

In October 1983 alone: (a) School-aged Grenadian children became freedom fighters and liberators of Maurice Bishop, once the most powerful man in Grenada; (b) Grenadians murdered other Grenadians, the victims included Maurice Bishop, and unarmed women and children; (c) US Christian missionaries engaged in espionage; (d) US Military invaded and killed Grenadians and Cubans; (e) Grenadian and Cubans became killers possible for the first time; (f) The Caribbean coalition forced treated some locals as less than humans.

37 years after the events of October 1983 in Grenada, some refuse to engage in broad, deep, honest, intentional, purposeful and wide acts of reconciliation. And yet it is impossible for a country to make great strides without this reconciliation process. And maybe one of the issues that we are faced is a theological reality that continues to negatively affect Grenada and the Grenadian people. That is the concealment of our sins of October 1983.

Scripture is clear: The person that covereth his or her sins shall not prosper: but whoso confesseth and forsaketh them shall have mercy (Prov 28:13). And confessing though sometimes can be an embarrassing, painful and life-threatening process for some, it is a necessary prerequisite to begin an honest process of reconciliation

In A Theological Framework for Reconciliation, With Special Reference to The Indigenous Peoples of Australia (2018), the authors noted that “In Scripture, the word ‘reconcile’ (καταλλάσσω) occurs in a limited (although theologically very significant) number of passages in the Pauline epistles (Rom 5:7-12, 2 Cor 5:16-21, Col 1:16-22, Eph 2:14-17). However, the theme of reconciliation is much wider and is connected to the restoration of peace and the right ordering of relationships more broadly. In Paul’s usage of the term καταλλάσσω, he ranges across the cosmic to the vertical to the horizontal dimensions of reconciliation.”

When it comes to people affected by the incidents of October 1983, the church is in a key position to present God’s offer of reconciliation.  However, as we are dealing with Grenadians who were victims of historical wrongs, God’s gift of reconciliation must not be offered without ‘practical reconciliation’. Other theologians will support me then, that the church engaging and leading the reconciliation process becomes an enactment of the gospel and a powerful demonstration of the truth and power of the message of the cross. However, as rightly noted, if acts of restorative justice are to have any Christian meaning, they must be interpreted to their beneficiaries by the verbal explanation of the gospel.

As is noted in any theology of reconciliation, Christians are already spiritually reconciled in Christ. The church has a role in helping make that reconciliation a reality in relationships, whether on a church, community or country level.

Having shared the above there are 2 other thoughts we should consider:

(1) The church, as a people of the Christian faith or the institutional Christian body, has to find ways to enable people to act towards this justice praxis. It has the mandate, motive and means, to facilitate ‘practical reconciliation’ between Grenadians, Caribbean nationals including Cuba and the United States as all players in the October 1983 conflict in Grenada.

(2) If there are Christians or faith groups in Grenada or the Caribbean that was involved in activities of October 1983 Grenada, which led to blood-shed or the destruction or distortion of relationships, these people need to repent personally, congregationally and then publicly. That is, even if they may not be personally culpable in these sins.

The reconciliation process has to acknowledge that even if people are not acting in oppressive ways now, that historically they or those before them may have acted in these ways, and thus those now need to repent and start the reordering of life and relationships with self, others and God or their Supreme Being.

In fact, expressing repentance as a church, community or country, for past actions, has the power to set relationships right where possible.

And whenever Americans, Cubans, Caribbean nationals and Grenadians can come to together to repent, apologise and reconcile to each other and God, this can be a powerful process leading to lifted, emotional, mental, political, relational, social and psychological burdens.

To continue as we are going is too heavy a burden to carry lightly.

NOW Grenada is not responsible for the opinions, statements or media content presented by contributors. In case of abuse, click here to report.
Tags: grenada revolutionoctober 1983vonnie james
Next Post