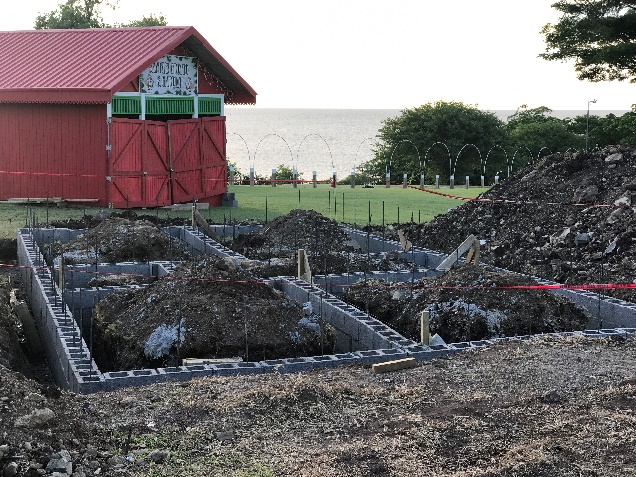 This story was posted 1 year ago
in Environment, OPINION/COMMENTARY
5 min. read

Questions for the Rotary Club of Grenada Re: Management of Quarantine Point and Construction of Waste Disposal facilities.

Recently, while visiting Quarantine Point, one of the most important remaining green spaces in St George, I noticed some new buildings being constructed.

I assumed this was occurring under the instruction of the Rotary Club of Grenada who I understand has signed a lease agreement with the Government for management of the Park. I noticed that since undertaking this lease, the Club has built what appeared to be a temporary wooden structure, termed “Santa’s Grotto” which has remained at the site since its construction.

During the last week, on a regular visit to the location, I noticed that new structures were being erected in close vicinity to the “Santa’s Grotto” building. There was evidence of a concrete foundation being laid and a long drain had been dug, in the direction of the cliff. On close inspection this drain led to two large pits bordering the edge of the nearby cliff. My initial thinking was that this was evidence of the construction of some kind of bathroom facilities and that the pits were intended to be septic tanks.

During a second visit this week this was confirmed by one of the workmen at the site that these were indeed male and female toilet facilities and septic tanks. Unfortunately, I have immediate concerns about the planning permission and involvement from the Ministry of Health which would have allowed septic tanks to be built in a Public Park on the edge of a cliff, overlooking a beach below.

Some persons may not be aware but there is a small beach at Quarantine Point. It used to be much more accessible as there used to be concrete steps providing safe access. Unfortunately, these have since been eroded so you now have to carefully make your way down to the beach by circumventing a series of rocky outcrops. I have visited this beach for many years, back to when I was a child. I know that many others do as well, despite the difficult access. For infrastructure such as septic tanks to be sited immediately above this area as well as on potentially unstable land is deeply concerning. If there is any leak or seepage from the structures and even if there is some landslip (however unlikely) then raw sewage would end up on this beach and in the marine environment.

Such an incident would endanger beach users and would lead to degradation of fish and coral reef species in the immediate nearshore area. It is also important to remember that the entirety of the Grand Anse Area, stretching from Pandy Beach to beyond the airport has been designated as a Marine Protected Area (See 2018 Article from NOW Grenada https://www.nowgrenada.com/2018/01/grenada-launches-its-newest-marine-protected-area-grand-anse/). These areas are governed by Fisheries regulations and there have been recent concerns about the disposal of waste in this area (See https://www.thenewtodaygrenada.com/local-news/clouden-human-waste-from-yachts-ending-up-on-grand-anse-beach/). I hope that Rotary will not be contributing to this ongoing problem.

It should be noted that Quarantine Point is one of the last green spaces in the south of the country and one of the largest. It is therefore concerning to see encroachment occurring at this site, especially the construction of permanent structures, which in my humble opinion appears to have undergone very little planning. In the past portable toilet facilities have been used to accompany events at the site. These would have had a much smaller impact as waste would not have been stored within the Park. The construction of these permanent facilities raises the question as to what other structures are planned for Quarantine Point? Are we to see the erection of a permanent pavilion at the site in the near future as well?

I intend to make further enquiries to the Physical Planning Unit, the Ministry of Health, the Fisheries Division, and the Environment Division of the Ministry of Climate Resilience regarding this matter in order to receive answers. I will also pen a letter to the President of the Rotary Club in order to raise these concerns and also to request greater transparency about Rotary’s future plans for this important public green space.

There is no doubt that, to date, Rotary’s management of Quarantine Point has improved the overall aspect of the space. There are better provisions for garbage, parking allotments and seating arrangements. However, access to the Park has been limited, somewhat arbitrarily, to the period of 6 am to 9 pm. I wonder if any public consultation was undertaken when deciding this. Grenada’s headlands, such as Quarantine Point, serve as important green spaces and windows to the sea. These have always been used for cookouts, kite flying and fishing by local Grenadians. I would think that many local persons might like to utilise the Park before going to work for activities such as running, exercise, biking and dog walking. To only be allowed into the Park at 6 am would severely constrain these possibilities.

Likewise, as was done before, it appears that Rotary may limit access to the Park once again in order to run their annual Christmas activities, such as Carols by Candlelight. I humbly suggest that these paid activities do not prevent local persons from accessing the Park and beach during the daytime. It is also noted that for a long period of time, even after the relaxation of most COVID restrictions that the Park remained closed, when many Grenadians could have utilised the space, as it is easy to social distance in such a large area.

The management of an important public space such as this should involve regular public consultation. One is reminded by the signs that Rotary has erected at the entrance to the site: “Is it FAIR to all concerned?”, “Will it be BENEFICIAL to all concerned?” and of course the worldwide Rotary motto “SERVICE above SELF”.

I hope that answers will be provided and changes made to preserve the integrity of the environment at Quarantine Point for all Grenadians.

Sincerely,
A concerned member of the Grand Anse Community

NOW Grenada is not responsible for the opinions, statements or media content presented by contributors. In case of abuse, click here to report.
Tags: quarantine pointraw sewagerotary club of grenadaseptic tanks
Next Post 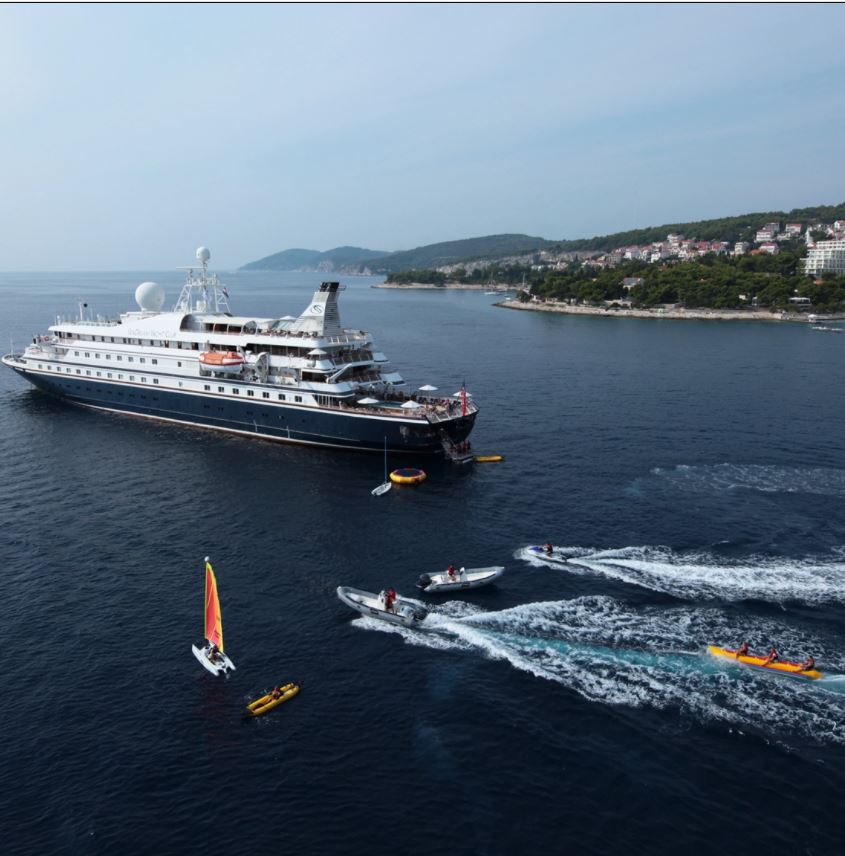 Cruise ship call cancelled because of positive Covid-19 onboard