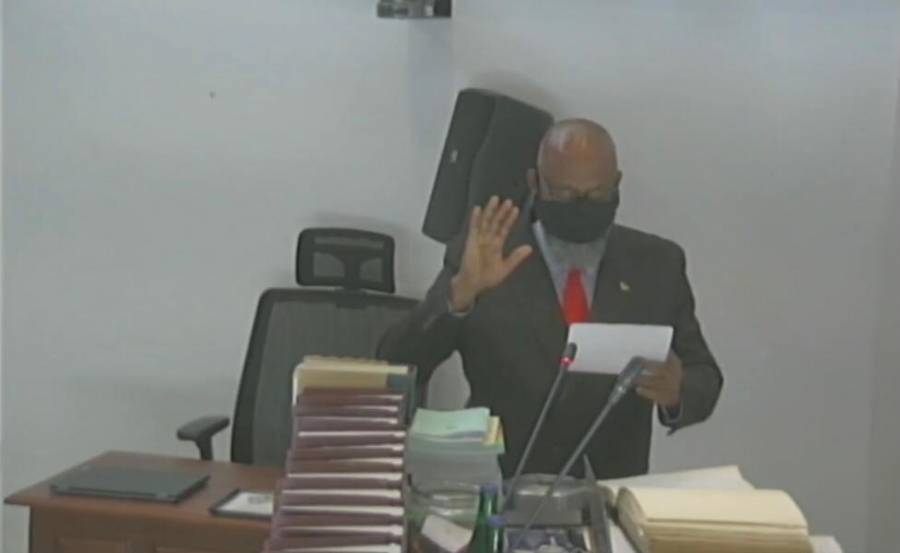 Bhola bringing a greater sense of reasoning in Senate

Bhola bringing a greater sense of reasoning in Senate

Roland Bhola who is Government’s replacement for Kim George who recently resigned from the Senate, sees himself as “that individual who can bring a greater sense of reasoning” during sessions of the 13-member Upper House.

“My return to the House should not be viewed by anyone as a means to create confrontation; but I see myself more in the vein as a member who has come to break some walls that have started to establish and to create bridges, to reach across the aisles,” Bhola told the House after taking his oath of office on Tuesday, 15 December 2020.

“Together we can enhance the debate that happens in the House but at the same time ensure that the policies that need to be discussed and the programmes that the Government will like to put forward for the benefit of the people, that I add some value to it and that I may be seen and used as that individual who can bring that greater sense of reasoning, not that there isn’t in the House presently, but can add to what is already there,” he said. Bhola first became a member of the Parliament in 2003 as a member of the Upper House.

“I do believe that what I have seen over time, that this assembly has had some great debate thus far. The people that sit here presently, that they do their best and that in their discourse that takes place, the public is better off because they learn if they listen attentively and I hope that my presence here will be added to that,” he added.

Bhola served in the Senate for a short period before contesting as a candidate for the New National Party in the November 2003 General Election. In won his seat and 2003, 2008 and 2013. He did not contest the 2018 General Election.

Besides Chester Humphrey, President of the Senate, Bhola was welcomed by a number of senators including Senator André Lewis who represents the labour movement, and Senator Roderick St Clair who represents the agriculture and fishing communities.

NOW Grenada is not responsible for the opinions, statements or media content presented by contributors. In case of abuse, click here to report.
Tags: linda strakerparliamentroland bholasenate
Next Post