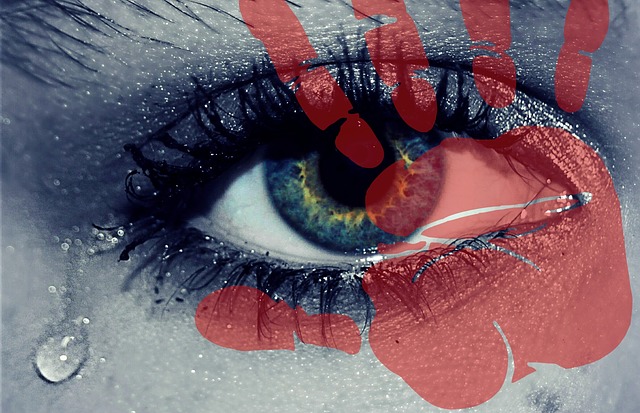 This story was posted 1 year ago
in Education, Health, Video
4 min. read
Share

The popular phrase ‘boys will be boys’ is often used when identifying what most consider to be normal masculine tendencies such as rough or aggressive behaviours boys might display among each other. Most times this roughhousing is seen as a rite of passage for boys to become stronger men, however, for a lot of students entering into that phase of their lives, this experience can become a nightmare and can start to feel more like bullying especially when moving from primary into secondary institutions. For one anonymous mother, bullying of her son was a major concern until she was able to successfully transfer him to another secondary institution.

Her son attended a secondary institution and experienced various forms of bullying from students in a higher form. She stated that this was first brought to her attention during their routine debriefing after school, after her son started having issues with the way his hair was trimmed. The mother stated that her son, during his primary school years, would have been given a clean trim, but this only became a problem once he entered into a secondary school. Upon further investigation, she realised that her son like many other male children newly entering a secondary school was experiencing a student culture ‘rite of passage’ to ‘welcome’ them into the school. So a Form 1student would receive a slap ‘rap’ on the back of the head. This custom is quite common and is most times seen as boys being boys, however, the concerned mother knew that this experienced couple with other instances of bullying was not healthy for her son’s development. Challenging the notion that boys will be boys, the mother rejected the idea of this type of toxic masculinity. “We have this notion that we need to grow tough men and we associate tough with a sense of being physically able to withstand this type of abuse and I don’t think it’s fair that we put children in a position that the only way they can learn to be tough is to have to physically defend themselves against another student,” she said.

Upon receiving the mother’s complaint, I contacted the principal of the secondary school in question on the matter. He stated that it is quite unfortunate that despite the school’s best efforts to curb behaviours that are categorised as bullying, the issue still poses a challenge for the all-boys institution. He said the school has a zero-tolerance policy against bullying and that they immediately address any report of bullying. The principal did say that the parents at home have a great role to play in cautioning their children against acts of bullying and to teach them how to safely intervene when someone is being bullied through effective conflict resolution. He did say that not all forms of bullying may be obvious to the aggressors, since some forms like being slapped in the back of the head are considered normal behaviours by students and for the most part do not develop into anything serious.

Meanwhile, at another institution, proactive measures are being taken against forms of bullying through the school’s campaign against bullying. Although the Westmorland School is in no way associated with the above-mentioned instance of bullying, the management of Westmorland ensures that students are well informed on the issue for the school’s campaign against bullying, where Grade 5 students through their initiative ‘buddy ambassadors’ students are encouraged to be a buddy and not a bully. Tackling the issue of bullying from this perspective, Vice Principal of Westmorland School, Marzia James said will sensitise students on what constitutes being a bully and how to prevent it, and will also teach them how to be a better friend to their fellow peers.

Through the campaign, students developed flyers on the use of positive words among their peers, and anti-bullying bookmarks to create awareness. For the senior students in Forms 1-3 the introduction of bullying awareness as a topic, now forms part of their life skills sessions. James believes that identifying the root causes of bullying is also critical to addressing the issue since there are cases where bullies themselves are also victims. “You might have a child actually being bullied or abused at home and their way of addressing it is to take it out on another child. We will be coming down with a strong fist and say ok we need to deal with this child because this child is bullying another child without us first finding out why is this child being a bully. Nothing happens in isolation because it’s 2-fold, we have to look at the victim but we also have to look at the bully in order to be able to address the problem.”

Cyberbullying is said to be on the rise, and UNESCO attributed this to the Covid-19 pandemic that has increased the use of mobile devices for online learning, and students are using those devices to socialise more online through social media.

James said cyberbullying is quite a challenging topic to sensitise students on, since children sometimes witness adults being bullies themselves. She has called upon parents and the wider society to play their part in helping children understand the effects of bullying and how to prevent it. Global statistics represented by UNESCO indicate one in every three students are subject to attacks at least once a month, and one in 10 is a victim of cyberbullying. With this in mind, another secondary school has taken a proactive measure to ensure that its students are empowered to identify and stop physical and verbal bullying.

NOW Grenada is not responsible for the opinions, statements or media content presented by contributors. In case of abuse, click here to report.
Tags: bullyingcampaign against bullyingcyber bullyingmarzia jamesunescowestmorland secondary school
Next Post