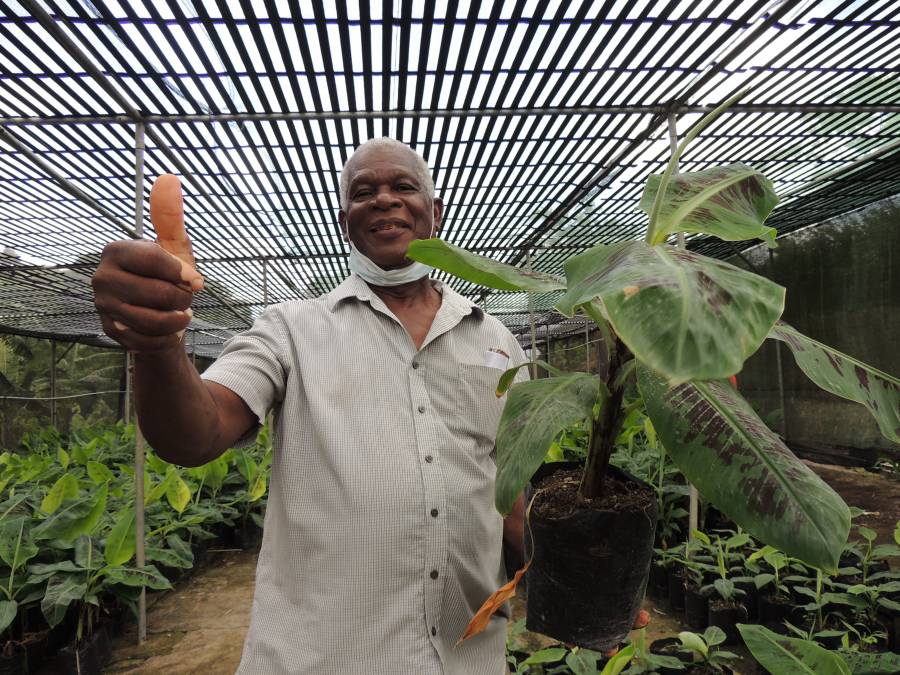 This story was posted 1 year ago
in Agriculture/Fisheries
2 min. read

A farmer is among 6 Grenadians from 15 Commonwealth nations honoured in the Queen’s 2021 New Year Honours list. They represent a reflection of professional fields including public service, culture, agriculture, education, and the hospitality industry.

Receiving the BEM honour for service to agriculture is 70-year-old farmer Thaddeus Claudius Pierre from the community of Birchgrove, St Andrew. He started farming for recreational purposes when he was 13 years old and continued because of the love he developed.

“It is a pleasure doing farming, although there have been many ups and downs,” Pierre said in a recent interview with the Ministry of Agriculture’s Communications Unit. Explaining some of these challenges, he said sometimes labour is hard to find and workers are not always cooperative.

“I also had a few challenges with storms and hurricanes, especially Hurricane Ivan which blew my crops down completely. Another time I had about 50 acres of bananas ready to ship; a hurricane came and damaged everything. Additionally, there was the one time we lost the market, and I lost a few thousand dollars because of this, as I had lots of bananas and there was no market for them.” Pierre currently farms 40 acres of land. 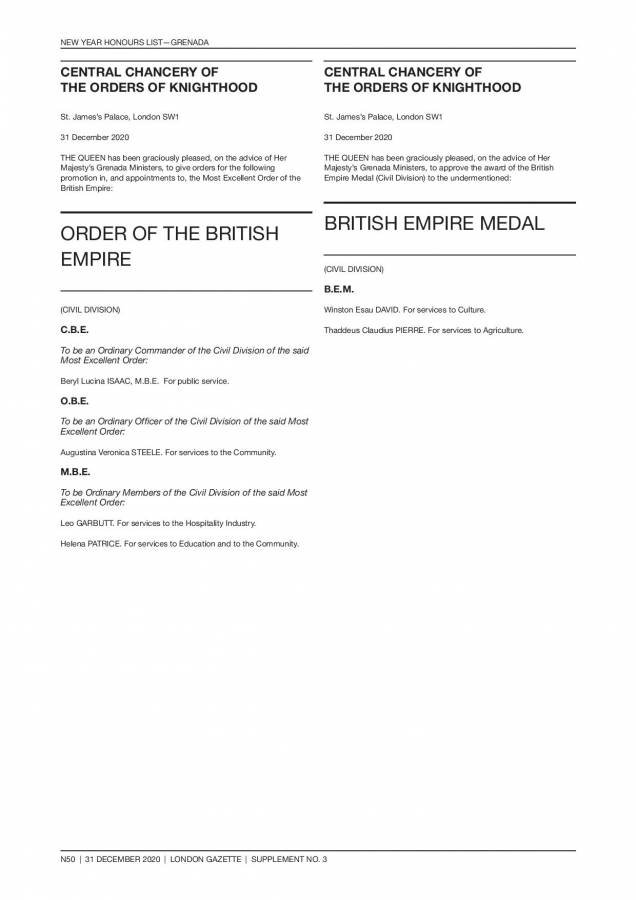 The other awardees on the New Year Honours list are:

Order Of The British Empire (Civil Division) CBE, To be an Ordinary Commander of the Civil Division of the said Most Excellent Order was awarded to Beryl Lucina Isaac MBE for years of contribution to the public service. Isaac retired from the Public Service after serving the highest post of Cabinet Secretary and is presently the Chairman of the Public Service Commission.

OBE To be an Ordinary Officer of the Civil Division of the said Most Excellent Order is awarded to Augustina Veronica Steele for services to the Community.

MBE To be Ordinary Members of the Civil Division of the said Most Excellent Order was awarded to Leo Garbutt for services to the Hospitality Industry, and Helena Patrice for services to Education and to the Community. 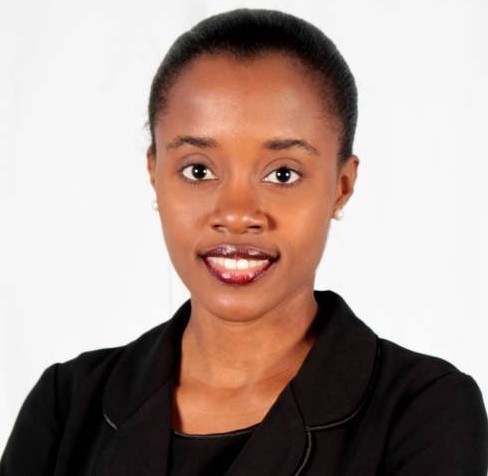