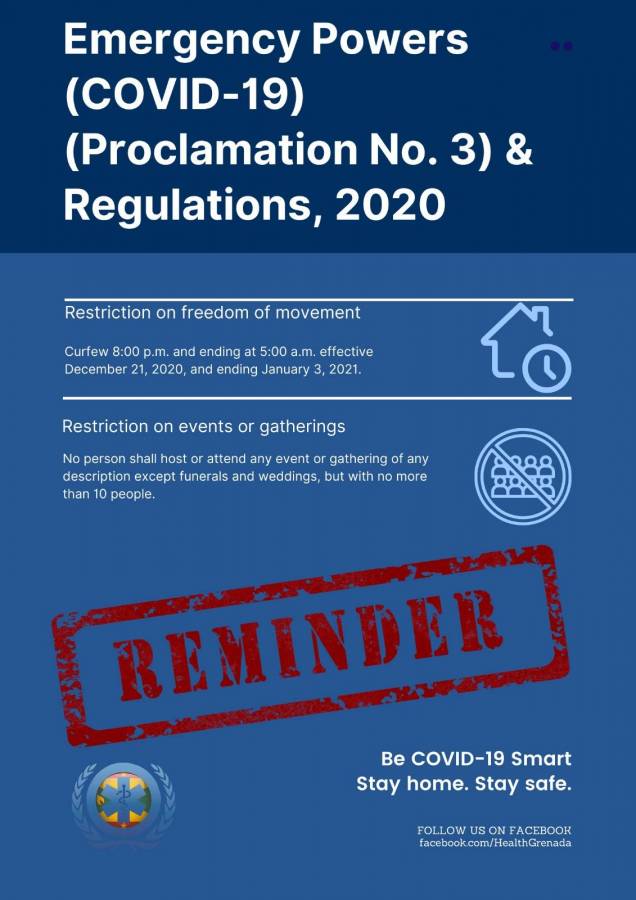 This story was posted 2 years ago
in Health, Law
1 min. read

Two days after publishing the Emergency Powers (Covid-19) (Proclamation No. 3) 2020 Regulations an amendment was published mainly correcting typographical errors which create inconsistencies in some areas.

One of the inconsistencies of the regulations published on 21 December was the time for the freedom of movement of citizens and the beginning of the 8 pm nightly curfew following the declaration of the State of Emergency.

NOW Grenada is not responsible for the opinions, statements or media content presented by contributors. In case of abuse, click here to report.
Tags: coronaviruscovid-19emergency powers regulationsfreedom of movementlinda straker
Next Post