This story was posted 8 months ago
in PRESS RELEASE
2 min. read

The National Water and Sewerage Authority regrets the current position of the Grenada Technical and Allied Workers Union (GTAWU) in a matter involving Andy Lewis.

The strike action taken is illegal and contravenes the requirements of the collective agreement.

NAWASA believes that it is very unfortunate that the Union has taken this position, in relation to a job that is redundant, especially where the Union agreement makes provision for such instances and for an employee to be fully compensated. Furthermore, the matter was already referred to the Minister for Labour.

The Union agreement recognises circumstances where a position may become redundant, and an employee is severed by way of redundancy. The Authority followed the process as stipulated in the union agreement and paid Lewis accordingly, more than 2 years of salary.

With regards to the other pending Union matter, NAWASA advises that this industrial dispute represents a difference of opinion in relation to the interpretation and application of Clause 6 of the MOU signed 18 January 2018 which took effect on 1 January 2018 between TAWU and NAWASA. This clause looks at the wage entitlement of former contracted workers of NAWASA.

NAWASA remains committed to a speedy resolution of this matter and advises that it will follow the legal channel that is available for the settlement of this dispute. NAWASA hopes that this matter will be heard speedily before an arbitration tribunal and commits to abiding by the decision of the Tribunal. 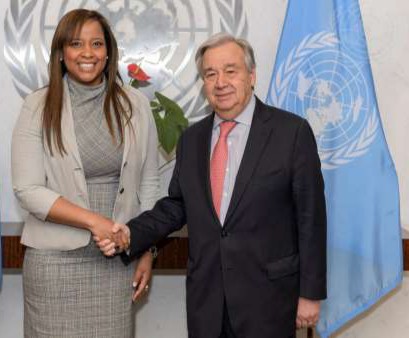