No money from third party or government to repurchase Grenlec shares

No money from third party or government to repurchase Grenlec shares

Minister for Finance, Public Utilities, Energy, Physical and Economic Development Hon. Gregory Bowen says government’s prudent fiscal management from 2013 to the present, has contributed to its ability to raise the US $63 million to repurchase shares in the Grenada Electricity Company (Grenlec).

Government said in a statement on Tuesday that it has repurchased shares in Grenlec in US$63 million settlement agreement with WRB Enterprises, thereby regaining control of the 50% shares sold to WRB in 1994, and also acquiring the 11.6% shares which WRB had purchased through an affiliate company.

Minister Bowen gave the assurance that the money did not come from any third party or government, but from the government’s financial sources, including the capital side of the 2020 budget.

During a press conference Wednesday to address the settlement agreement, Minister Bowen explained that capital expenditure, which is part of government spending that goes into the creation of assets, can be moved around under the rules of the Public Finance Management (PFM) Act.

Minister Bowen further explained that under the PFM Act, money cannot be moved from capital expenditure to recurrent expenditure, and the repurchasing of majority shares in Grenlec is considered a huge capital asset for Government, one which is expected to bring tremendous benefit to the country.

Minister for Foreign Affairs, International Business and Caricom Affairs, Hon. Oliver Joseph says government reviewed all capital projects where money was not spent because of the lockdown due to Covid-19 to recoup money for this purpose. “At the end of the year, you look through every capital project to see where you did not spend, as the approved budget provided for. In this case, there were savings on the capital side of the 2020 budget, so that’s where the money came from.”

NOW Grenada is not responsible for the opinions, statements or media content presented by contributors. In case of abuse, click here to report.
Tags: gisgregory bowengrenada electricity companygrenlec
Next Post 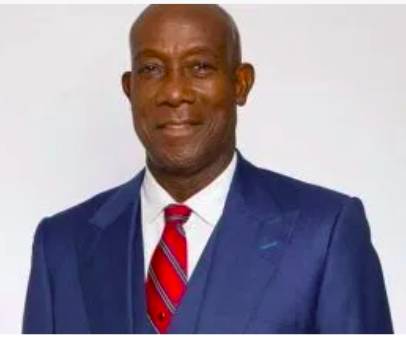