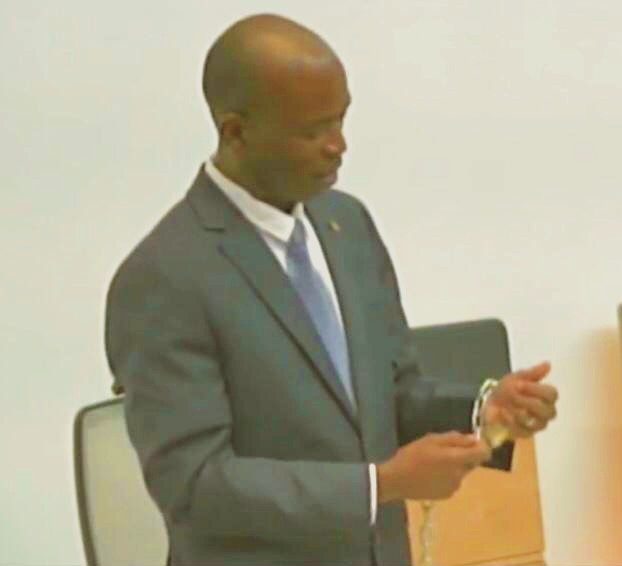 Opposition Leader Tobias Clement on Monday chained himself to his table, moments after beginning his response to the 2021 budget which was delivered by Finance Minister Gregory Bowen last week Wednesday.

The Budget sitting resumed last Friday but Clement was not present. “That will mean, therefore, that we have gone back to making presentations. The Leader of the Opposition, when he comes, if he comes, would be allowed to make a presentation just as any other member of the House, the timing of which is one hour. It’s unfortunate we cannot hold up the entire nation and this house to the fancy of the Leader of the Opposition,” said House Speaker Michael Pierre.

Clement anticipated that he would be removed if he continued to speak beyond one hour.

“I am here to deliver what I have to deliver to the people,” Clement said, after standing to commence his presentation after the Minister for Social Development made her presentation on the budget.

“And I believe, Mr Speaker, in order to get me out before my time is up you will have to nuke this place,” said Clement as he proceeded to chain himself to the table.

“When I leave this House, one thing I know I will leave with my self-respect. This might be the most famous piece of chain in Grenada today. Let the whole world see that in chain I will deliver what I have to deliver today. If you have to get me out today, I do not know if the orderlies can afford it,” said Clement as he bolted the chain to his hand.

House Speaker Pierre interrupted the opposition leader by explaining to him that the Parliament is a place of freedom. “I do understand a lot of drama and grandstanding… I don’t know why you came so prepared. You see you were given the opportunity to do your do, that is your privilege as Leader of the Opposition.”

The Parliament Standing Orders do not provide the order in which members must respond to the budget, but recommends that the Leader of the Opposition be provided with the same time as used by the Minister presenting the budget or 2 hours or whichever is more.

NOW Grenada is not responsible for the opinions, statements or media content presented by contributors. In case of abuse, click here to report.
Tags: 2021 budgetmichael pierreoppositionparliamenttobias clement
Next Post 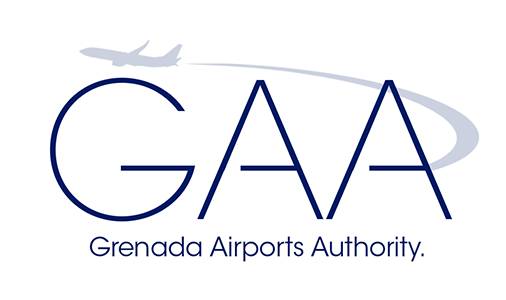