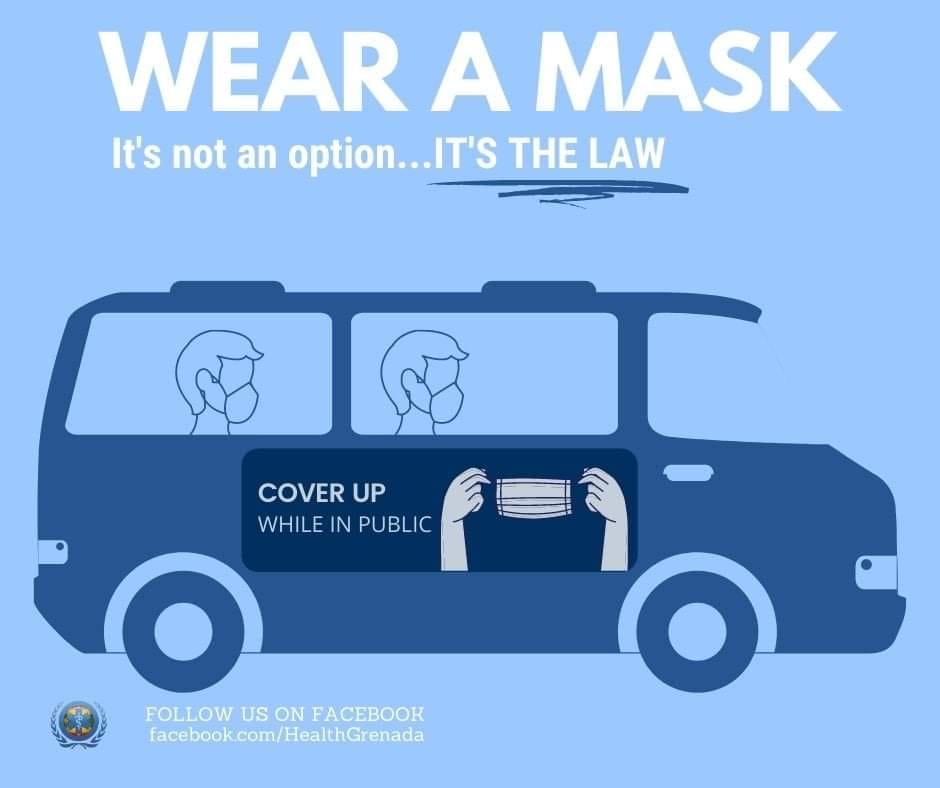 This story was posted 1 year ago
in Health, Law
3 min. read

The Royal Grenada Police Force (RGPF) breathes a sigh of relief after 2 of their officers tested negative for Covid-19. This good news came as one police officer stationed in Victoria, St Mark first tested positive. Head of the Community Relations Department Superintendent Vannie Curwen explained that the first test administered was a rapid test that returned positive. However, after receiving a polymerase chain reaction (PCR) test, the officer in question who was required to quarantine tested negative. The second police officer attached to the St Paul’s Police Station also received a negative result.

Superintendent Curwen and Deputy Commissioner of Police Michael Francois during a virtual news conference, informed on the latest regulations under the Emergency Power Act after the State of Emergency was declared on Monday, 21 December due to a spike in Covid-19 cases which resulted in a curfew imposed between 8 pm and 5 am.

The RGPF asked for continued compliance and requested that business places adjust their operating hours to accommodate for the strict observance of the 8 pm curfew. He stated that businesses should at least close at 6 pm or 7 pm to allow staff sufficient time to get home ahead of the curfew start of 8 pm. As part of the Emergency Powers Regulations, the RGPF has reestablished several traffic checkpoints islandwide to keep with operational procedures.

Under these new regulations, the police are authorised to use reasonable force to enforce the regulations and will have the autonomy to arrest without warrant if deemed necessary. “If someone were to be arrested under the regulation and that matter is taken to court, the fine is up to $1,000. However, someone opting to receive a ticket, the fine will not be $1,000 but it is $550 under the ticketing system,” Curwen stated.

Essential workers under this new regulation are asked to apply to the Commissioner of Police via email at [email protected] or [email protected] to be granted passes that will allow them to move outside of the stipulated hours. Curwen said essential workers must be going to or coming from their duties in order to be covered under the regulation as an essential worker. People who do not occupy jobs that are deemed essential can still make an application to the RGPF which will be considered and approved if the reason behind such an application is considered valid.

The current regulations will last for 14 days and prohibit social gatherings except for funeral and wedding ceremonies where a maximum of 10 people are allowed to attend in both cases.

NOW Grenada is not responsible for the opinions, statements or media content presented by contributors. In case of abuse, click here to report.
Tags: covid-19emergency regulationsessential workersimposed curfewrgpfstate of emergency
Next Post