The ruling New National Party (NNP) will not be having a new political leader in the short term as expected. Dr Keith Mitchell has confirmed that he will not exit public life before the 2023 General Election and will be a candidate.

During the campaign for the 2018 General Election, Dr Mitchell indicated that he would not contest another general election. In an interview on Thursday, 7 January 2021 approximately 2 years before the election is constitutionally due, Dr Mitchell said that he has had to change his plans about handing over leadership.

“A decision has been made I would have preferred not to have, but there are rationales based on my own colleagues’ views and general perceptions that the right time will have to be after the next election to hand over the reigns to someone. So, it looks likely, highly likely, that I will certainly run unless I have some health issues or physical problem.” Dr Mitchell has served in the Parliament for almost 4 decades. He was born in 1946 and will celebrate his 75th birthday on 12 November 2021.

The party — currently identifying caretakers who may eventually become candidates in at least 2 seats for the upcoming general election — returned to office in 2013 with voters giving majority support to the NNP candidates. All 15 constituency seats were won by the NNP candidates. As a result, there was no official opposition in Lower House of Parliament until Tobias Clement, who represents the constituency of St George’s North East, crossed the floor and became the Leader of the Opposition.

That constituency is one for which the NNP must appoint a new caretaker. The other constituency is St Patrick West, because Anthony Boatswain who currently represents that constituency has also indicated that he will not contest another election. He opted not to accept a ministerial portfolio following the 2018 General Election, and is the current Deputy Speaker in the House.

NOW Grenada is not responsible for the opinions, statements or media content presented by contributors. In case of abuse, click here to report.
Tags: general electionkeith mitchelllinda straker
Next Post 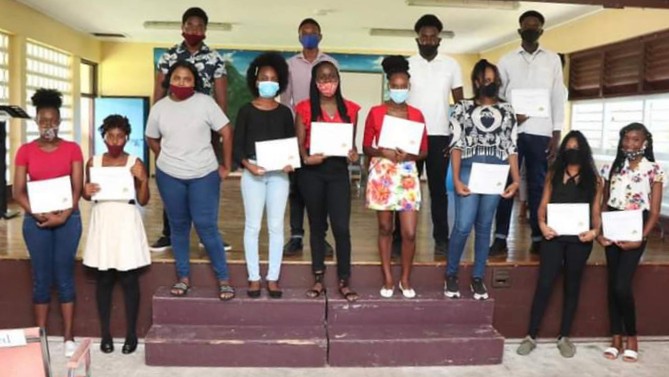