A 29 January 2021 Court order has listed 23 March 2021 as the date that Claudette Joseph Public Relations Officer of the National Democratic Congress (NDC), will know how much she will have to pay Dr Keith Mitchell in a defamation lawsuit.

According to the court document which is subject “Final judgement in default of defences” no defence having been entered by the defendant herein, it is this day adjudged that judgement be entered for the claimant for an amount to be decided by the Court.”

When asked to confirm the date set by the court to assess damages, Joseph said that she has appealed the late defence judgment and the possibility exists that it will be dealt with before 23 March 2021.

“The matter is sub-judice and especially as an officer of the court, I ought not to be giving running commentary. There is an appeal filed which in all likelihood will be dealt with before 23 March,” she said via text message.

The Master of the High Court Grenada on Thursday, 28 January 2021 dismissed Joseph’s application to file a late defence in the defamation lawsuit filed by Prime Minister Dr Keith Mitchell after she claimed that he was an investor in the failed St Mark’s shrimp farm project.

Joseph, using broadcasting outlets claimed that Dr Mitchell was an investor in the failed aquaculture shrimp farm project which was listed as a Citizenship by Investment project. She has over the past months, pointed to a YouTube video as evidence of the claim.

However, Dr Mitchell has denied that he was an investor in the project. The government in March 2019 announced an investigation into that project after it failed to materialise.

In December 2019, Joseph who is a lawyer by profession received a letter from the law firm of Nigel Stewart and Associates demanding that she cease and desist from repeating the claim; apologise and pay compensation in the amount of EC$350,000 within 7 days of receiving the pre-action protocol letter.

NOW Grenada is not responsible for the opinions, statements or media content presented by contributors. In case of abuse, click here to report.
Tags: citizenship by investmentclaudette josephkeith mitchelllinda strakershrimp farm
Next Post 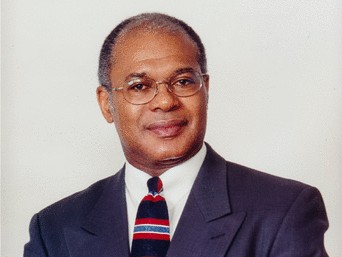