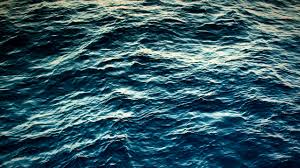 Public advised to increase vigilance due to recent shark sighting

Public advised to increase vigilance due to recent shark sighting

This story was posted 1 year ago
in Environment, Notice, PRESS RELEASE
1 min. read

The Ministry of Sports, Culture and the Arts, Fisheries and Co-operatives once again advises the general public, visitors and fisherfolk to exercise extreme caution when venturing out to sea.

Please be advised that an aggressive shark was sighted and caught within the marine environment of Dr Groom’s Beach in St George on 16 February 2021.

The shark, which appears to be 12 feet long, has been identified by a marine biologist to be of the mako shark species.

The shark appears to have beached itself for unknown reasons; however, there have been similar occurrences observed with these oceanic shark species in neighbouring islands of St Kitts and Nevis, and Dominica in recent months.

The general public is advised to exercise the following:

The Ministry of Sports, Culture and the Arts, Fisheries and Co-operatives, urges all seafarers and the general public to note well the points listed above and report any sightings of sharks to the Fisheries Division via telephone 440-3814 and the Coast Guard at 444-1931/1932.

NOW Grenada is not responsible for the opinions, statements or media content presented by contributors. In case of abuse, click here to report.
Tags: beachdr groomsmako shark
Next Post

CDF Board to review and approve Youth In Agriculture proposal