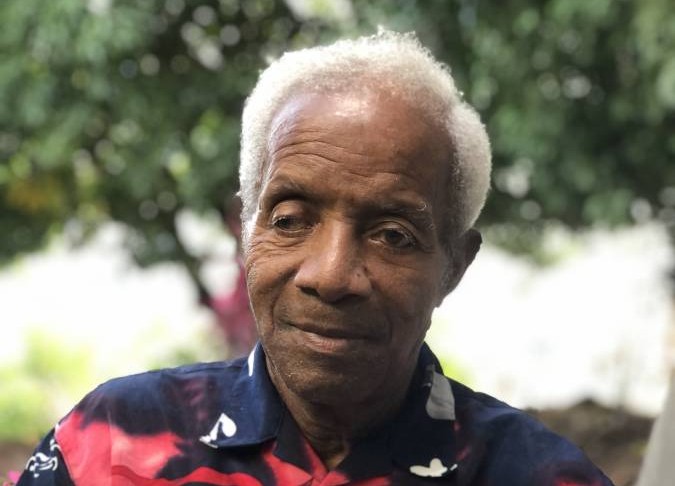 The unsung hero of the Carenage

The unsung hero of the Carenage

This story was posted 1 year ago
in Environment, Feature, Video
3 min. read
Share

For over 30 years, Theophilus ‘Taffy’ Stephen of Lucas Street, St George’s, has dedicated his life to keeping Grenada trash-free, beginning as a groundskeeper under the Sir Eric Matthew Gairy administration. Stephen is as dedicated as they come when it comes to keeping The Carenage clean but says his contribution seems to go unnoticed by ordinary Grenadians, and as a senior citizen at 87 years he struggles each day to get his task done safely.

Stephen, who goes by the nickname “Taffy” regularly traverses The Carenage with his pole net, scooping trash from the water, starting from the pier and ending at the Ministry of Finance located at the opposite side. His main concern is the lack of respect from citizens for the natural environment through the indiscriminate dumping of trash and other unsightly items into the ocean. Stephen encounters and collects plastics bags, glass bottles, paper and all sorts of debris, and has dealt with animal carcasses on many occasions. He said his contribution goes unnoticed by ordinary Grenadians.

Environmental groups such as the Grenada Green Group hail Stephen as an unsung hero for his role in keeping the Carenage litter-free.

The initiative to ‘Keep the Carenage Clean’ first started in 2006. Sarah Slinger of Insurance Consultants of Grenada wrote to then Tourism Minister Brenda Hood, expressing interest in embarking on this campaign. Stephen received a monthly contribution in exchange for his services and tools, including garbage bins to carry out the task.

Reminiscing on the glory days during the reigns of Herbert Augustus Blaize and Sir Eric Matthew Gairy, he said there was a great emphasis placed on cleanliness especially along the pristine Carenage. “Years ago, since I know the Carenage, it was never dirty in the days of Mr Gairy, and after his death, everything changed and the Carenage is now in a mess. [Carenage] is a real ‘sea’ Perseverance,” Stephen said.

Stephen finds great joy in cleaning his environment and remembers helping to clean at Blaize’s residence. “I worked for Mr Blaize to clean the inside and outside of his home where I polished the floor, and I did the landscaping outside and I love that. This is my hobby, and by the grace of God I like to do it with taste, not for the money, but so that when I look at it I can say it’s well done and pleasing to my eyes and God; and the people who employ me must be satisfied.” He is appalled that the “good old days” where people had pride in their work is now no more. He laments the sloppy way in which road workers of today carry out their duties.
“The people that the government say they employ to clean the road and the gutter, I do not find that they are doing a clean job. They use a weed eater to clear the grass on the street, but all the grass remains scattered about the street and no one picks it up.”

Stephen faces constant disregard by vehicular traffic along the road. He complained that motorists get impatient and sometimes disrespectful whenever he has to manoeuver the garbage bin through the streets. “The authorities need to be more strict on those drivers. They are not concerned about those who are walking on the road, especially the elderly people. [motorists] will tell me ‘go to the side’ — seems like they want me to go in the gutter.” He remains in high spirits and said that he will continue to do what he loves most, as long as he can walk.