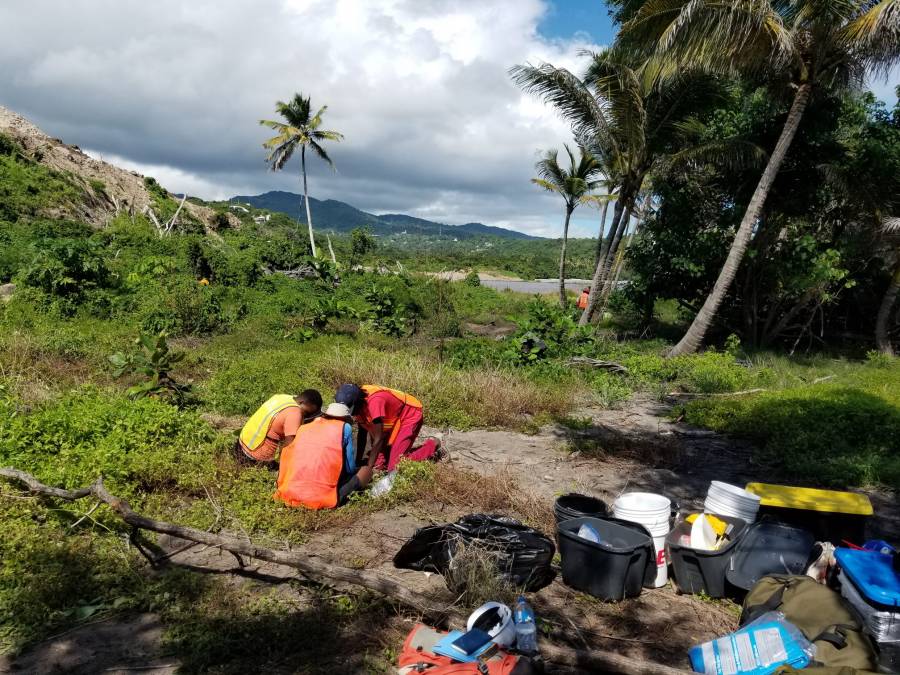 This story was posted 1 year ago
in Environment, History, PRESS RELEASE
2 min. read

Archaeological fieldwork at the new hotel development in La Sagesse, St David has successfully come to an end.

Ahead of major construction at La Sagesse, Kamal Shehada Project Director at Range Developments, agreed to fund an archaeological team to investigate precolumbian (Amerindian) remains on the property, forestalling construction in the location until the project was completed.

The La Sagesse Community Archaeology Project (LCAP) proposal was developed by Dr Jonathan Hanna LCAP Project Director and Curator of the Grenada National Museum, and Peter Antoine LCAP Project Director and Convener for the Preparatory Committee of the Indigenous Peoples’ Heritage Support Organisation (PC-IPHSO), as a way to conduct the necessary scientific investigation of the area while also engaging the surrounding community in the management of a local heritage site.

The fieldwork ran from 2-22 December, training 16 young people from the surrounding area in archaeological field excavation, recording, survey methods, and Caribbean archaeology generally. While lab analyses will take several months to complete, a preliminary report on the programme was submitted to Range this week.

Among LCAP’s findings included the skull and upper torso of a human burial, several posthole stains from Amerindian huts, and a large number of ceramics and shell artefacts. An initial set of radiocarbon dates place the human burial between AD 1475-1635 and one of the postholes between AD 1420-1455. A second, deeper posthole was also dated to AD 245-380.

“We have at least 2 occupation periods here,” said Dr Hanna. “One during the earliest settlement of the island and another 1,200 years later, when Europeans were starting to enter the region.” Hanna said that more radiocarbon dates will be run, as well as a thorough analysis of the ceramics, which can also help refine the site’s chronology. As such analyses take time, however, the final report may not be complete until early next year.

While there have been a few archaeological investigations in the wake of development projects — including in the early 1990s at another site on La Sagesse beach — none were entirely paid for by developers themselves. “This is the first contract archaeological project in Grenada that was fully paid for by a developer,” said Hanna, “which is how it is usually done in more developed countries.” He expressed his desire to see more contract projects like this as the Museum Act of 2017 continues to be implemented. “These sites are time capsules from the past that we should, at the least, take a look at what is inside before destroying them.”

Dr Hanna and Peter Antoine commend Range for their willingness to support the project and ensure this important heritage site was not destroyed. As stated in the preliminary report, the success of this collaboration points to the potential for key stakeholders to hold continued discussions on the erection of an “Indigenous Peoples’ Memorial Plaque” on or near the site, along with an Interpretation Centre in or near to the La Sagesse community. 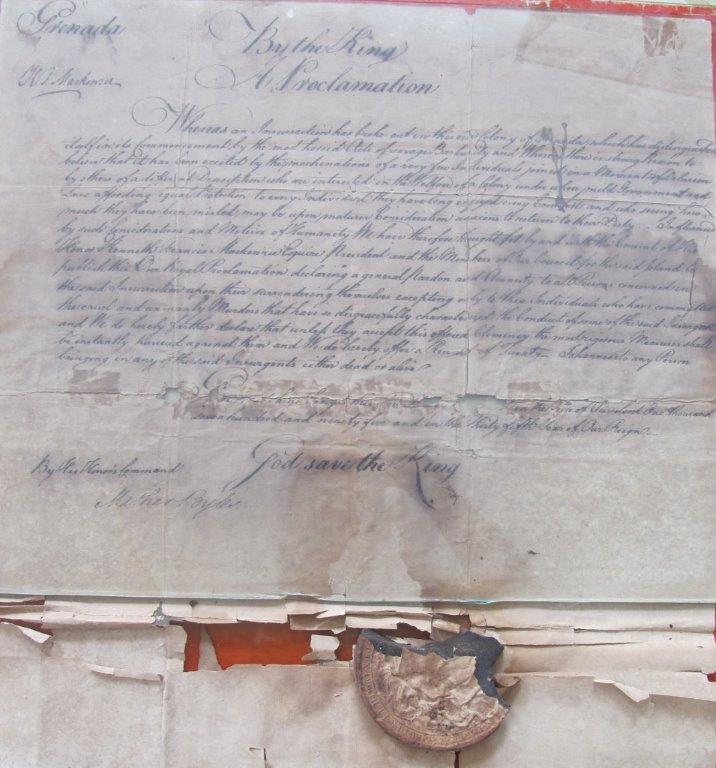