This story was posted 1 year ago
in Law
1 min. read

As of 15 February 2021, Sir Lawrence Joseph, former Attorney General, has been reappointed to serve as the Chairman of the Rehabilitation of Offenders Board for another term.

The Board’s main role is expunging records of offenders and falls under the Ministry of National Security. Other Board members are Shawnaly Pascal as Secretary; Fausta Bayne, Ministry of Social Development; Alfred Pierre, Criminal Records Officer, Royal Grenada Police Force; Earl Williams, Assistant Coordinator of Youth (Ag.), Youth Development Division; and Rev. Vonnie James represents the Conference of Churches. The Board has a lifespan of 3 years in accordance with the Rehabilitation of Offenders Act, and meets monthly.

165 offenders who were convicted of petty crimes such as possession of marijuana have had their records expunged since the Board was appointed. Matters which are excluded from expunging are murder, voluntary manslaughter, robbery with violence, arson, and any indictable offence carrying a penalty including imprisonment for a term of 15 years or more.

NOW Grenada is not responsible for the opinions, statements or media content presented by contributors. In case of abuse, click here to report.
Tags: lawrence josephlinda strakerrehabilitation of offenders board
Next Post 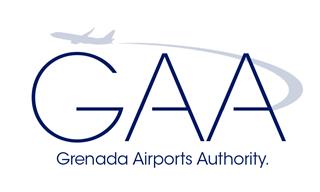