Brian Grimes, newly elected president of the Grenada Public Workers Union (PWU), said his vision for the union is for it to be united, militant, empowering, and ever-evolving for its current membership, as well as future generations who will make the decision to serve in the civil service.

“As you are well aware, our trade union has multiple options in bringing justice to its members including collective bargaining, industrial action and solidarity with fellow unions. Our executive will use those instruments accordingly.”

Grimes shared an approach to solve the current impasse in which the Government has reneged on increasing the salary of public officers by 4% as of January 2021. The collective bargaining agreement was signed in 2018. The government said it is unable to pay because of reduced income to the central government fund because of measures adopted to cope with the impact of Covid-19. The government’s monthly fiscal report has shown reduced income since the island declared a State of Emergency in March 2020.

“My approach will be multi-dimensional and situational. My first move along with members of our executive will be to resolve the impasse at the table,” said Grimes who has over 20 years of experience in the public service and more than 10 years of direct trade union involvement.

His experience in the public service includes serving 18 years as a Customs officer at the Grenada Ports Authority and 3 years in the Department of Cooperatives. From 2013 to 2019 he served as the Public Relations Officer of the union, and before that he was the chairman of the union’s Youth Council from 2009 to 2013.

“I am deeply grateful for the privilege and opportunity to lead this outstanding institution. The members have given me that mandate and i pledge commitment to taking PWU to a better place than where It currently stands.” Grimes was elected on 17 March 2021 and will serve in that capacity from 2021 to 2023.

Grimes was one of 3 individuals who contested for the post of president. He won by less than 50 votes. The outgoing president is Rachel Roberts who was unable to gain enough votes to serve for a 3rd term as the PWU president.

NOW Grenada is not responsible for the opinions, statements or media content presented by contributors. In case of abuse, click here to report.
Tags: brian grimesgrenada public workers unionlinda straker
Next Post 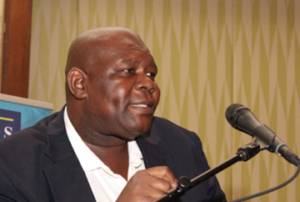 Caribbean economies must focus on agriculture during Covid period