Ruggles Ferguson, Former President of the Grenada Bar Association (GBA) has described deceased Attorney General Elvin Nimrod as a man who never allowed his influential position as the chief legal officer for the State and the Cabinet to fly through his head.

“Brother Nimrod never let the giddiness of power fly through his head…Elvin Nimrod was a simple, humble, gentle and genuine human being who never allowed professional and political differences to affect personal relationships,” Ferguson said, paying tribute to Nimrod in a Special Sitting of the Supreme Court of Grenada on Thursday.

Nimrod, who served for many years as the Minister for Legal Affairs and Attorney General died on 6 February 2021 in the USA after a period of illness. He retired from public life in 2017 after representing the constituency of Carriacou and Petite Martinique following the general elections of 1999, 2003, 2008 and 2013.

“Though he vigorously supported and promoted his party and battled passionately with his opponents in the rough and tumble of adversarial politics he still managed to embrace all, maturely separating professional, political and personal relationships.” Ferguson shared with the Court adversarial instances that never broke down into personal attacks, one of which was the February 2005 protest action of the Bar to openly object to the appointment of Jamaican attorney Huge Wildman as the Attorney General.

Dia Forrester, who is serving as the current Attorney General and was the first to pay tribute to Nimrod said that from her research, Nimrod was genuinely a kind-hearted gentleman. “When I look at his time in office particularly in relations to law, there were several changes in the legal profession and significant pieces of legislation introduced during his tenure,” said Forrester who was appointed to the post as of 1 January 2021. “Under Nimrod’s watch, leadership and guidance we saw the introduction of the historic eastern Caribbean civil procedure rules. As with all changes, that transition into a new system within which civil law is now practiced, was met with fierce criticism as getting professionals to embrace change is a great challenge. I am sure many cannot imagine not having those rules of court today,” she told the Special Sitting which was attended by a limited number of lawyers in person and a significant number via the virtual video conference Zoom format.

Nimrod will be afforded an official funeral on Friday 12 March 2021.

One of the last pieces of legislation Nimrod presented to the Parliament was the Rehabilitation of Offenders Act which essentially gave a second chance to life by offenders of the law.

There were also tributes by the Director of Public Prosecution Christopher Nelson and former Attorney General Dr Francis Alexis. They both described him as diplomatic in every everything he did. “He never drew sword publicly, he will do so privately and let the chips fall where they may,” Nelson said.

“He held no malice to anyone,” Alexis added.

A lawyer by profession, Nimrod first entered the world of politics as an independent candidate for the constituency of Carriacou and Petite Martinique, and lost despite winning 33% of the votes cast. The winner had received 34% of the votes. He then joined the New National Party and became a Senator. He then won the constituency in 1999 and served as Minister for Legal and Foreign Affairs, Deputy Prime Minister as well as Attorney General.

NOW Grenada is not responsible for the opinions, statements or media content presented by contributors. In case of abuse, click here to report.
Tags: carriacou and petite martiniqueelvin nimrodgrenada bar associationlinda strakerruggles ferguson
Next Post 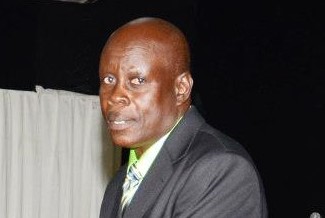